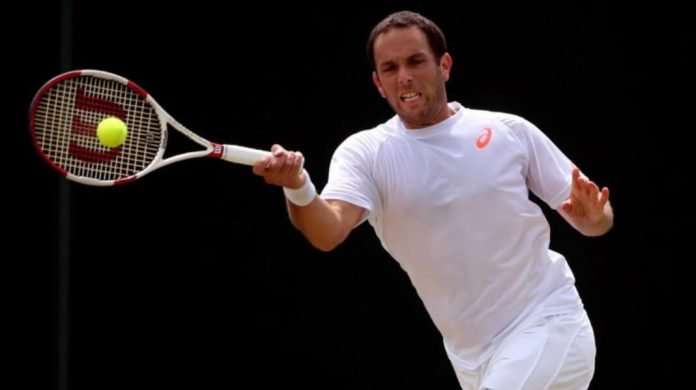 It wasn’t the easiest decision he’s ever made, but Scott Lipsky said he just knew it was time – time to call it a career after 15 years on the professional tennis tour.

It’s been a few weeks now since the Long Island, New York, native, former Stanford All-American and current Southern Californian Lipsky posted his plans on social media to retire form tennis at the age of 36.

With little fanfare and in simply 64 words composed on his iPhone Notes app and posted on Twitter, Lipsky wrote:

“Hi everybody, I just wanted to write to announce my retirement from tennis. Competing as a professional tennis player was my dream since I started playing the sport when I was 5 years old. Now it’s time to move on and spend more time at home with my wife and son. Thank you to everyone that has supported or helped me throughout my career.”

A doubles specialist who won a Grand Slam (French Open Mixed Doubles – 2011) and got to as high as No. 21 in the world winning 16 ATP doubles titles, Lipsky said he would like to remain in tennis, and is exploring some coaching options near his home in Huntington Beach just south of Los Angeles.

“It’s nice to be home and not away from my family, which is the main reason I retired,” Lipsky said. “It’s tougher now, especially watching Wimbledon every day and seeing the guys that I know from the tour.

“I’ve been working locally and with a few juniors here, and I’ve had a couple of offers from some private high schools to coach their teams. I’m just trying to figure out my next step, but I’d like to say in tennis for as long as I can.”

Married since 2010 to his wife Marie, the couple have a five and-a-half year-old son Matthew.

Lipsky tore his meniscus in the fall, and had a tough time rehabbing the injury during the off-season.

“It’s something I thought about for a while,” he said. “I know a lot of players wouldn’t want to end their careers after the French Open, especially the Americans; most would want to end it after the US Open or another American city. But for me the French Open was always really special because I won the French Open Juniors, I won the Mixed Open doubles in 2011 and that was my first Grand Slam I played as a pro. So, it was special being my first and my last.”

After graduating from Stanford in 2003, Lipsky and his college doubles partner David Martin decided to make SoCal their home base and he moved to Irvine that same year.

“We had to choose between Southern California or Florida,” Lipsky said. “We had met Hank Lloyd in Costa Mesa during a Futures tournament and he said we were welcome to make that our home base and could use the courts whenever we wanted to. He kind of just adopted us. Plus, the USTA had just opened up their training center in Carson so we could train out of there.”

In 2011 Lipsky won the French Open Mixed Doubles titles with partner Casey Dellacqua, beating the top seeds 10-7 in the third.

He said besides winning the French Open, two career highlights stand out and include former Stanford Cardinal star the Bryan Twins. In 2014, Lipsky and Rajeev Ram (Illinois) fell to the Bryans in the US Open semifinals on Ashe Stadium.

“Winning my first ATP title in San Jose and beating the Bryans in the final was special with Coach [Dick] Gould watching all the Stanford guys. That was pretty fun.”

Lipsky won five doubles titles in Estoril, Portugal, and said that became his favorite tournament because of all the victories.

Does he have any regrets?

“Maybe I would have tried to play singles a little longer,” he said. “No one sets out for a career path to just play doubles, but David and I were at a point in our careers where we could have kept playing Challengers in singles, or really push and playing doubles on the ATP Tour. But I was really happy the way it ended working out.”

At Stanford, Lipsky partnered with Martin and the duo also paired up for a number of years on the pro tour. They advanced to the final of the ITA All-American and semifinals of the Omni Hotels National Indoor Championship.

Lipsky, who graduated from Stanford with a degree in American Studies, was a three-time All-American, between 1999 and 2003, and was a member of the Cardinal NCAA team champions in 2000. He reached the NCAA doubles finals in 2002 and semifinals in 2001 and 2003.