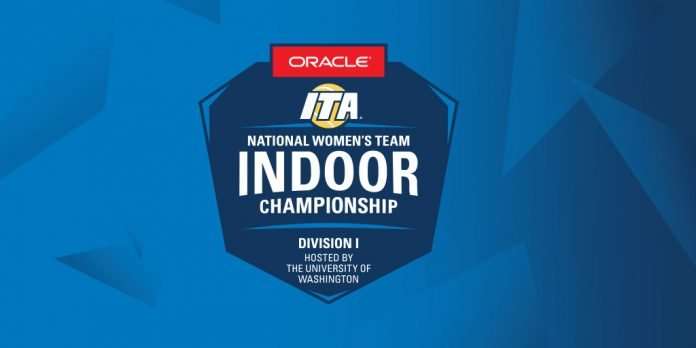 TEMPE, Ariz. – Some of the nation’s top women’s tennis programs will hit the hardcourts in Seattle this weekend with the hopes of navigating through an elite field of 16 to take home the coveted title of ITA National Indoor Team champion.

The Championship event has been a staple of college tennis for 32 years. The competition is a single-elimination tournament spread over four days with the National Indoor crown up for grabs. Although the tournament is single-elimination, each team is guaranteed three dual-matches over the course of the weekend.

No. 3 North Carolina is the reigning champion in this event as they outlasted then No. 4 Pepperdine 4-2 in last year’s final in Madison, Wisconsin.

All 10 of the top-10 teams in the Oracle/ITA ranking are making the trip to Seattle including new entry No. 10 Syracuse. The Orange knocked off then No. 9 Michigan and Purdue to advance out of the Oxford, Mississippi, regional.

Defending NCAA champion and 2018 runner-up No. 1 Stanford and No. 2 Vanderbilt headline the strong field of 16. The Cardinal have four women in the ITA top-125 singles ranking and the Commodores have five women in the top-75 alone.

Host Washington and No. 8 UCLA join Stanford as the Pac-12’s representatives in the event, and Vanderbilt is one of a handful of SEC schools going from one corner of the country to another this weekend. No. 5 Georgia, No. 15 South Carolina, and No. 18 LSU all advanced out of their respective regions two weeks ago to earn a berth in the Championship.

The Championship will start on February 8 in Seattle, and draws will be announced two days prior to the first day of competition. Live results will be provided by Tennis Ticker and will be updated throughout the weekend. Live streaming will be available for the matches played at Nordstrom Tennis Center.

After sweeping through #ITAKickOff Weekend, Stanford is back in the National Indoor Team Championships for the first time since 2011. #GoStanford https://t.co/X6RqGWrYFk