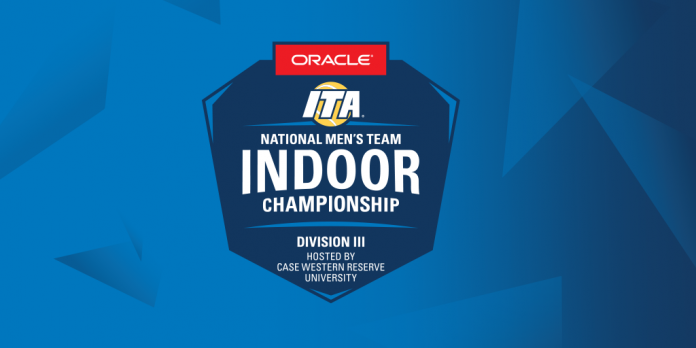 Eight of the best teams in DIII are set to collide in Cleveland, each just three wins away from glory and the title of 2019 DIII indoor champion.

While the University of Chicago comes into the tournament as the top-ranked team in the field, the two-seed Emory Eagles enter the weekend on an impressive run of three-straight indoor crowns.

The stout Emory squad still boasts a handful of players from last year’s title-winning team that overcame a 4-1 deficit to lift the trophy in St. Peter, Minnesota back in 2018.

Emory hopes to bring a fourth-straight trophy back to Atlanta, Pittsburgh’s Carnegie Mellon makes the short trip across state lines, and Pomona Pitzer College (Claremont, California) and Whitman College (Walla Walla, Washington) make the long journey from the west coast to the coast of Lake Erie.

Tournament play is set to begin on Feb. 22 at 9 a.m. ET when Washington takes on Carnegie Mellon. Live results and live streaming will be provided by the Cleveland Racquet Club. The championship bracket can be viewed on Slam.Tennis. To keep up with the event, follow @ITA_Tennis on Twitter or Instagram.