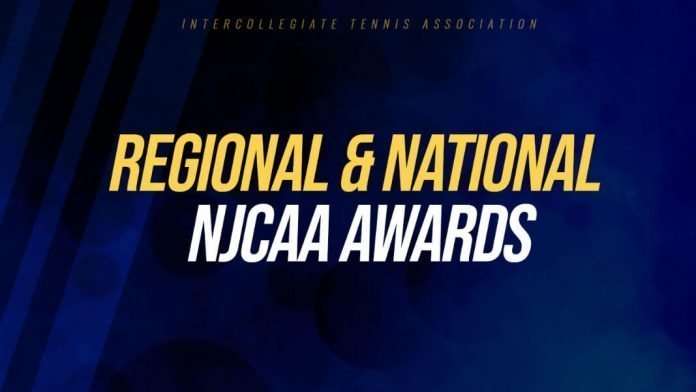 TEMPE, Ariz. (May 4) – The 2019 ITA National Junior College Coaches Athletic Association (NJCAA) women’s regional and national award winners were announced Saturday during a banquet prior to Sunday’s opening of the NJCAA National Championships in Tyler, Texas.

Tyler Junior College head coach Dash Connell was named the Wilson/ITA Coach of the Year after leading the Apaches to an 11-3 record and Region 14 championship. Chris Nyholm of Hillsborough Community College was tabbed ITA Assistant Coach of the Year.

The NJCAA Championships are scheduled for May 5-10 at the Joann Medlock Murphy Tennis Center and the Louise Brookshire Community Tennis Center in Tyler, Texas. The tournament opens Sunday at 8:30 a.m. (ET) and results can be found on the official tournament page.

The California Community College Athletic Association (CCCAA) held its state championship in Ojai and Orange Coast College posted a 5-1 victory over Foothill to capture the title on April 24. Complete results can be accessed on the CCCAA website.