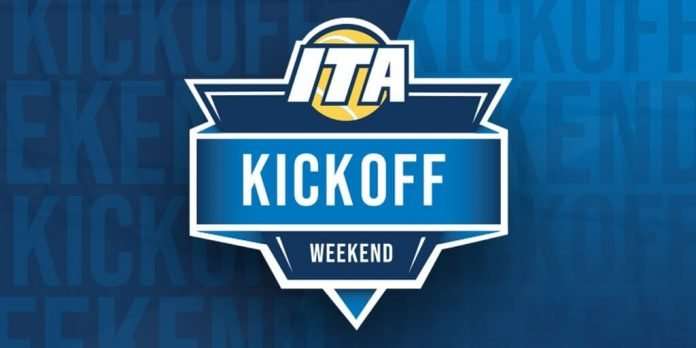 During the January 24-27, 2020 weekend, 60 teams per gender will travel to 15 host sites to participate, with four host schools having earned the right to host both genders (North Carolina, Stanford, Texas, and UCLA). Host sites were selected based on the final 2018-2019 Oracle/ITA Collegiate Tennis Rankings.

The ITA Kickoff Weekend is unique in college athletics in that each regional competition is determined via the Kickoff Weekend Draft, where each team selects which regional they wish to participate in. Selections are made in order of the final 2018-2019 Oracle/ITA Collegiate Tennis Rankings. 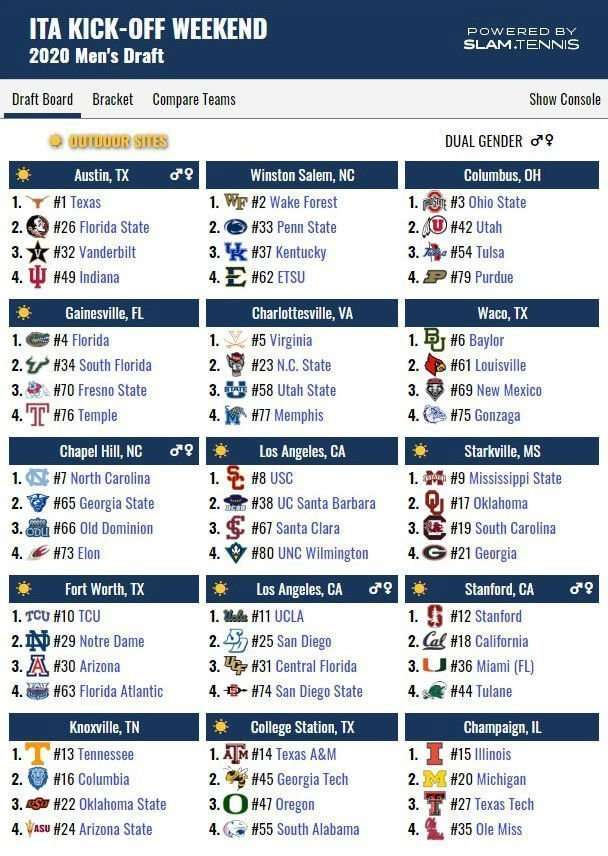 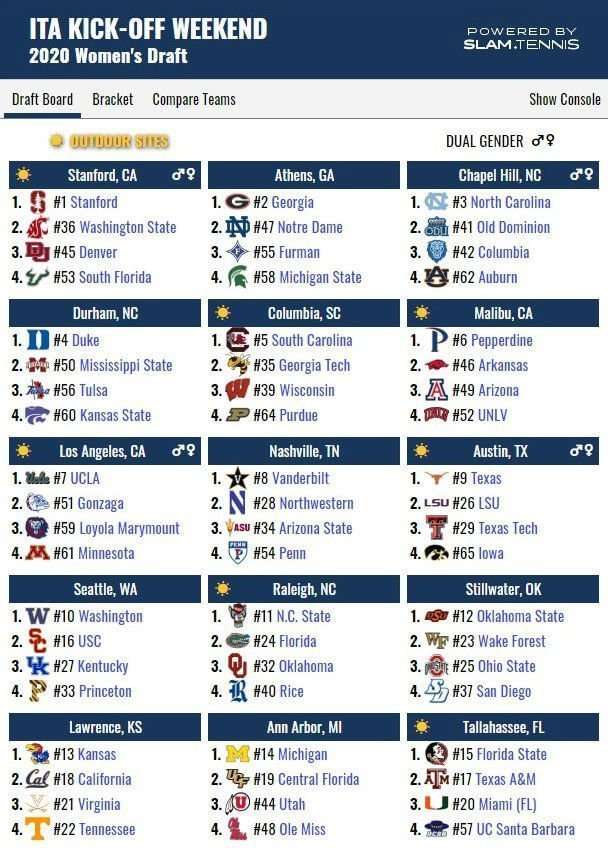 Week One of ITA Fall Circuit in the Books