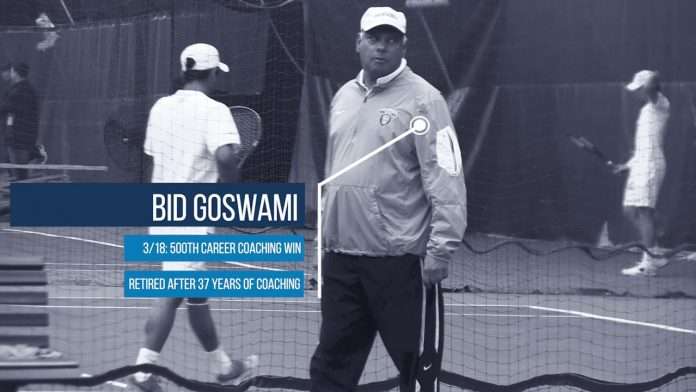 TEMPE, Ariz. (July 16) – The ITA continued counting down the Top 10 Moments of the 2018-2019 season on Tuesday. A new moment will be released every Tuesday until the top moment is announced on Sept. 10.

Columbia University’s Bid Goswami’s 500th career win was selected as the 9th best moment. Goswami secured his 500th victory on March 18 when his Lions defeated UT-Arlington 6-1. At the end of the season, Goswami retired from coaching after 37 years. He was the longest tenured coach at Columbia and one of the winningest coaches in college tennis – he ended his career with 510 wins. Columbia honored his incredible legacy by renaming their men’s tennis head coach position to the Bidyut K. Goswami Head Coach of Men’s Tennis.