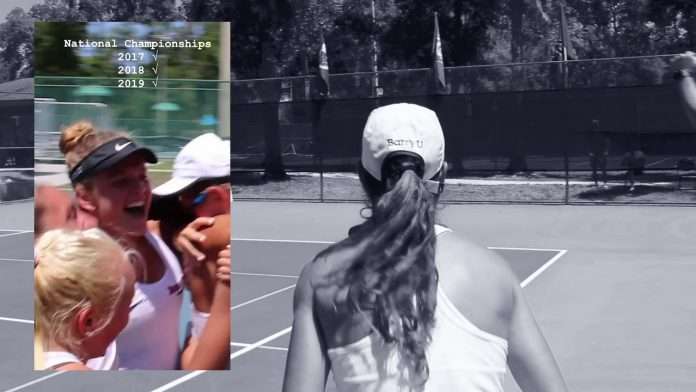 TEMPE, Ariz. (July 23) – The 8th best moment of the 2018-2019 college tennis season was announced on Tuesday. A new moment will be released every Tuesday until the top moment is announced on Sept. 10.

In May, Barry University completed the NCAA Division II sweep in Orlando, Florida. The men’s team defeated Columbus State 4-3 after coming from behind. The 2019 national title is the fourth national title for the men’s program. The women’s team secured their 3rd straight national championship by taking down Lynn University 4-3.