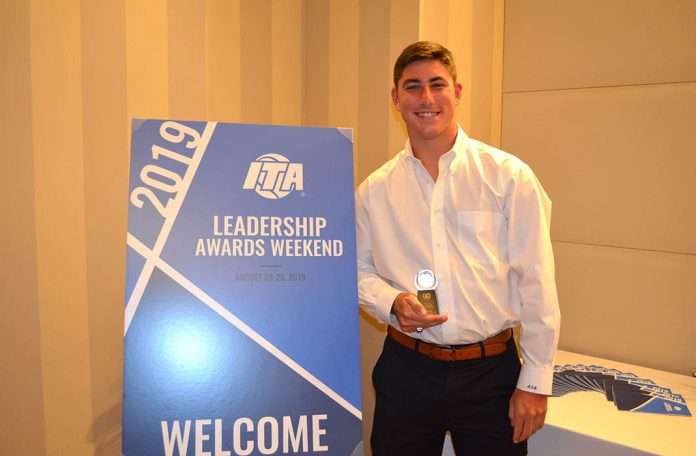 Akins, who graduated earlier this spring with a degree in finance from Duquesne, was one of 13 individuals who traveled to New York for the 2019 ITA Leadership Award Weekend. The 10 ITA Arthur Ashe Jr. Leadership and Sportsmanship Award winners, 2019 NCAA Division I Male and Female Players of the Year and Akins were honored for their on-and-off-the-court excellence and participation in community outreach.

The day featured a ticketed Stadium Show inside Arthur Ashe Stadium, as well as a free Kids’ Festival.

The group spent the morning welcoming large numbers of youth onto the court where they had stations set up and offered instruction and opportunities for kids to hit balls.

The day concluded with an awards banquet inside the Empire State Building where the award winners were recognized and received their awards.

Akins capped his weekend on Sunday when he and the group visited the Cary Leeds Center for Tennis and Learning in the Bronx, New York. The day included a get-know session with aspiring young tennis players before moving to the courts where they participated in a series of drills and some friendly competition before concluding with lunch and a question-and-answer session.

Opened in 2015, the Cary Leeds Center for Tennis and Learning provides free year-round instruction and play for youth ages 5-18 and all skill levels. The youth who participated in Sunday’s event are in the Center’s Intensive Training Program and interested in playing college tennis.

The ITA will return to New York on September 7 when it presents internationally renowned business executive Doug Conant with the 2019 ITA David A Benjamin Achievement Award. 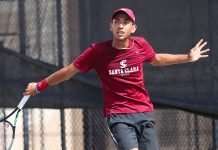 June 13, 2022
We use cookies to ensure that we give you the best experience on our website. If you continue to use this site we will assume that you are happy with it.OkPrivacy policy