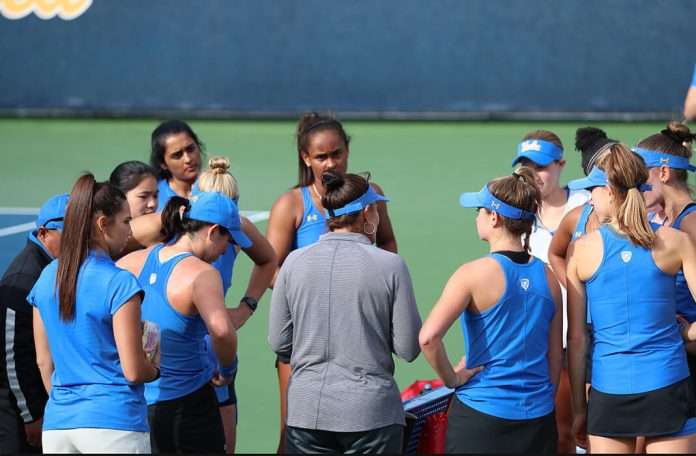 The draw boasts some of the top teams in the country—including Stanford, North Carolina, and Georgia. Some notable upsets include Arizona State punching their ticket with a 4-3 win over Vanderbilt on Saturday and Georgia Tech’s statement 4-1 win over South Carolina.

Pair of shutouts to open the season and the Cardinal is going from outdoors to indoors.#NextStartsNow #GoStanford https://t.co/aAH1EWLX3g

SAVANNAH SENDS US HOME WITH THE W!!

The Devils complete the comeback to take down No. 9 Vanderbilt and advance to the ITA Indoor Championships!!#ForksUp😈 pic.twitter.com/ZXBH4PV8Ci

The Yellow Jackets clinch a spot in the ITA National Team Indoors uprooting the Gamecocks on Sunday!#TogetherWeSwarm pic.twitter.com/LiLS9lgqfx

RECAP | The Hoos punch their ticket to the ITA National Team Indoor Championships, rallying for a 4-3 win over No. 22 Tennessee on Saturday. #GoHooshttps://t.co/YyadrSmcid

UNC once again advances to the ITA Indoor National Team Championship where the Tar Heels have won three 🏆 in 2013, ’15 and ’18.#GoHeels | #ITAKickoff pic.twitter.com/6xLaVy7Ha9

We’re headed back to the ITA National Team Indoor Championships for the second consecutive year (and second time in program history) after winning the #ITAKickOff regional this weekend!#GoPack🐺🐺🎾https://t.co/VGEkve5F6x

Two days. Two top-20 wins. What a trip to Seattle!

We are headed to the @ITA_Tennis Indoor National Championships after defeating No. 11 USC, 4-3! 🐯🧡🎾

✅ Add advanced to the 2020 ITA National Indoor Championship to the FSU record books!!

This is only the second time in school history….. 🤯

Watch some highlights from our ITA Kick-Off victory over Notre Dame #GoDawgs pic.twitter.com/8jfPe3HvZi

More on the ITA Kickoff Weekend.