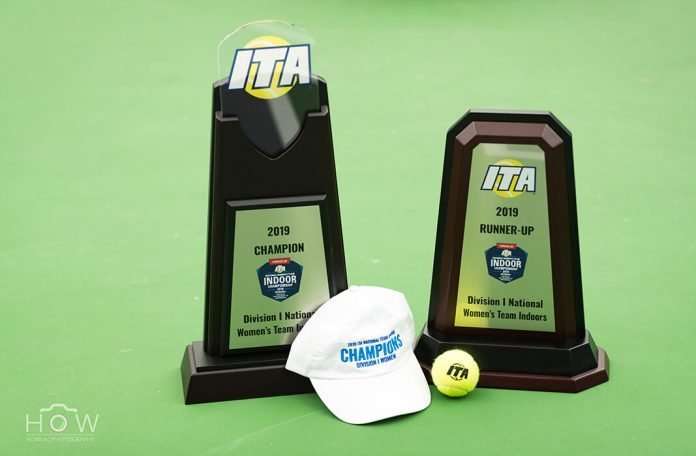 Sixteen of the top Division I Women’s teams will converge on Chicago this weekend to battle for the National Indoor crown. The field is boasts the top 12 teams in the current Oracle ITA Division I Women’s Team Rankings. The 16-team field is rounded out by No. 14 Arizona State, No. 17 Princeton, No. 22 Georgia Tech, and host Illinois.

The Championship event has been a staple of college tennis for 33 years. The competition is a single-elimination tournament spread over four days with the winner decided on Monday, February 10th. Although the tournament is single-elimination, each team is guaranteed three dual-matches over the course of the weekend.

No. 1 seeded and ranked Stanford have a record 10 wins over the event’s history, but have not won the Indoor title since 2011. The Cardinal’s record is three victories ahead of the next place Florida Gators who have seven all-time wins.

The Championship will start on Feb. 7 in Chicago. For seedings and times refer to the draw. Live results will be provided by Tennis Ticker and will be updated throughout the weekend. Live streaming will be available for the matches played at XS Tennis Village.