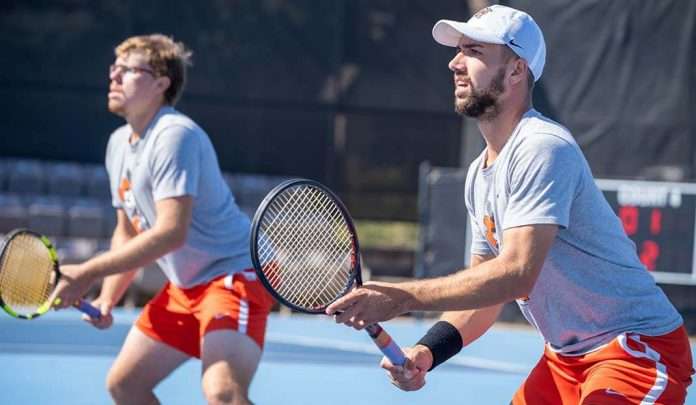 After dropping a match at the ITA Indoor Championship, John McNally and Robert Cash fell from No. 1 to No. 3. The duo was replaced at the top of the rankings by Oklahoma State’s Vocel and Kellovsky.

After a strong showing at Indoors, Michigan’s Fenty and Siimar move up two spots to No. 2.

Riley Smith and Daniel Cukierman went undefeated during the Indoor weekend en route to a team national championship. Their spotless performance at No. 1 doubles catapulted them from No. 58 to No. 19.