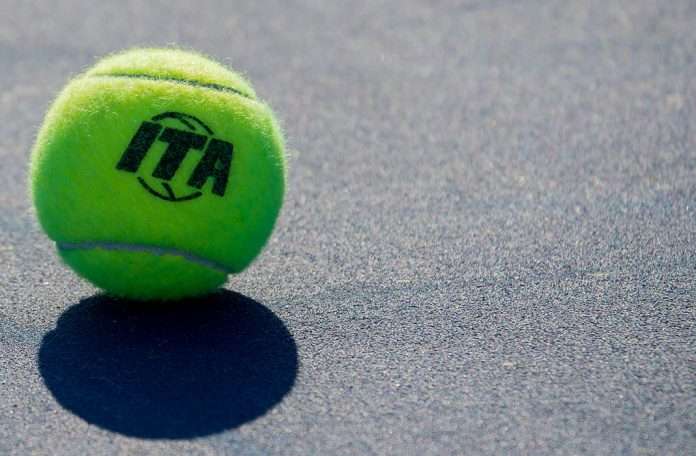 The UTR ITA Division I Women’s Player of the Week was awarded to Washington’s Natsuho Arakawa. Arakawa went 2-0 at No. 2 singles and 2-0 at No. 1 doubles during play this week. She is the first Husky to receive the national award.

On Friday, No. 82 Arakawa helped her team win at Kansas State. Arakawa and Wong clinched the doubles point for the Huskies with a 6-3 victory over Job/Linares. She finished out the day by taking down Kansas State’s Anna Turco (UTR: 10.31) 6-1, 7-5.

Natsuho shined on Sunday despite the team loss to Kansas. Arakawa and Wong once again clinched the doubles point for Washington. The duo left Lawrence with a ranked win over No. 28 Ngounoue and Delgado, 6-2.

Arakawa faced No. 113 Ngounoue in singles as well. She won her match in straight sets – 6-4, 7-6 – and earned her second-ranked win of the day. Arakawa holds a perfect record in singles play this spring.

On top of starting the week as a national champion, Daniel Cukierman was awarded the UTR ITA Division I Men National Player of the Week. The Trojan junior was undefeated on the weekend and played a major role in his team’s fourth ITA Indoor championship.

Cukierman played the majority of the championship at No. 2 singles, but moved up to No. 1 against Stanford in the place of Brandon Holt.

Cukierman sent the Trojans to the finals with a comeback win over Michigan’s Styler. He dropped the first set, but fought his way back into the match. His experience and poise showed in the third set tiebreaker – Cukierman sealed the victory 1-6, 7-5, 7-6 (2).

Cukierman and Smith clinched the crucial doubles point against the Tar Heels during the championship match in a tiebreaker, 7-6 (5). In addition to the win in doubles on Monday, Cukierman and Smith combined to take down TCU’s Gray/Fearnley (6-4), Stanford’s Geller/Rajesh (6-3), and Michigan’s Fenty/Siimar (6-4).

The University of Central Oklahoma standout took home the first UTR ITA Division II Women’s Player of the Week. Abidullina is currently ranked No. 26 nationally. During the Bronchos match against Angelo State, Abidullina and partner Dunlap earned a ranked win over the No. 4 doubles duo in the country, Gonzalez and Ovcina. In addition, she ended the weekend by upsetting No. 25 Gonzalez at No. 1 singles.

The Columbus State junior was selected as the first UTR ITA Division II Men’s Player of the Week after an outstanding week of play. In singles play, No. 2 Alvaro defeated No. 23 Ignacio Bidegain of (12.38 UTR) of Anderson University. Alvaro dropped only two games in the match against Bidegain, 6-1, 6-1. At No. 1 doubles, Alvaro and partner Ramos easily took down Kush and Smalley, 6-2.

The Hope College senior was selected as the first UTR ITA Division III Women’s Player of the Week. No. 42 Bandrowski completed a major upset this week. In a match against the University of Chicago on Saturday, Amanda defeated No. 4 Lauren Park, 6-4, 6-0. Just a day prior, Bandrowski won in both singles and doubles. Against the Case Western tandem of Paolucci/Cardwell, Bandrowski and Hallock won 8-3. In singles play, she outlasted Savannah Bright 7-5, 6-4.

Junior David Gandham from Vassar College was awarded the first UTR ITA Division III Men’s Player of the Week. Gandham earned an impressive ranked win at No. 1 singles. He defeated No. 46 JT Wynne of Skidmore College, 6-2, 6-2. Additionally, Gandham and Krueger won in doubles over Kulturel and Mahtani, 8-5.