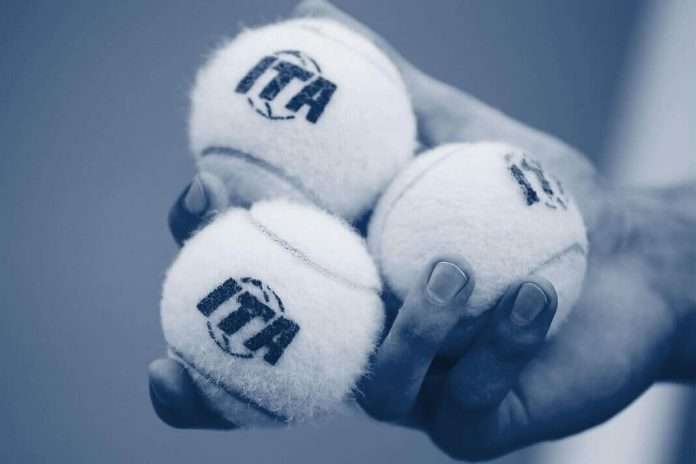 After picking up two ranked singles wins and going undefeated on the weekend, No. 113 Dominik Stary was selected as the UTR ITA DI Men’s National Player of the Week. Playing at No. 1 singles, Stary helped the Wildcats to their 7-0 domination of Vanderbilt. After dropping the first set, Stary defeated No. 109 George Harwell 4-6, 6-4, 6-3. In an extremely competitive match against No. 14 Harvard, Stary went 2-0. Alongside partner Chris Ephron, Stary took out Steven Sun and Harris Walker, 6-3, to help the Wildcats to the doubles point. Later in the match, Stary would win over No. 68 Ronan Jachuck 6-3, 2-6, 6-3 to pull his team even with the Crimson at three all.

Coming off a big doubles win this weekend, Cameron Corse was named the UTR ITA DI Women’s National Player of the Week. Corse partnered with Page Freeman to take down the No. 2 doubles pair in the country – Smith/Rogers – 7-5. The junior did not stop there with ranked wins. She also defeated No. 16 Alana Smith of NC State 6-4, 6-2 to tie the closely fought match at three all. Corse followed the two ranked wins with a commanding performance against Virginia Tech on Sunday. She recorded a 6-1 win in doubles over Disbergen/Novotna and a 6-0, 6-1 victory over Natalie Novotna, UTR 10.49.

The senior from Southeastern Oklahoma State capped off a great weekend of play with the UTR ITA Division II Men’s National Player of the Week. Scoppetta went 5-1 through singles and doubles play – losing only to St. Edward’s Ramireddy/Wikso in doubles, 6-4. Scoppetta battled the No. 4 player in the country and came out on top after a three set bout. After taking the first set, he dropped the second to Anish Sriniketh (12.57 UTR), but came back to take the match 6-3, 2-6, 7-5.

Freshman Buccaneer Xiyao Wang was named the UTR ITA Division II Women’s National Player of the Week. Wang tallied two ranked singles wins throughout the weekend. She first downed No. 31 Kristyna Jurkova (9.68 UTR) 6-4, 6-7, 10-6. In Barry’s 7-0 rout of No. 12 Flagler, Wang defeated No. 14 Eden Schlagenhauf (9.21 UTR) in straight sets (6-2, 6-2). Wang was undefeated on the weekend – winning all three doubles matches and another singles match.

Parodi was instrumental in CMS’s run to the championship match of the DIII Men’s Indoors. Playing at No. 1 singles, the senior did not drop a match through the whole tournament. His sole loss came in a hard-fought 8-7 (6) tiebreak against Chicago’s Kerrigan/Yuan. In the championship match, Parodi and Freer put the Stags on the board in doubles. He then cruised to a 6-0, 6-2 victory over Emory’s Hayden Cassone (11.58 UTR) to tie the score at two all. Earlier in the tournament, Parodi defeated No. 5 James Hopper and No. 47 Joshua Xu.

Mount Holyoke’s senior Ching-Ching Huang was named the UTR ITA Division III Women’s National Player of the Week. Playing at the top of the lineup, Huang recorded a top 15 victory. In a straight set victory, Huang dealt No. 12 Miriam Gandham a 6-3, 6-3 loss.