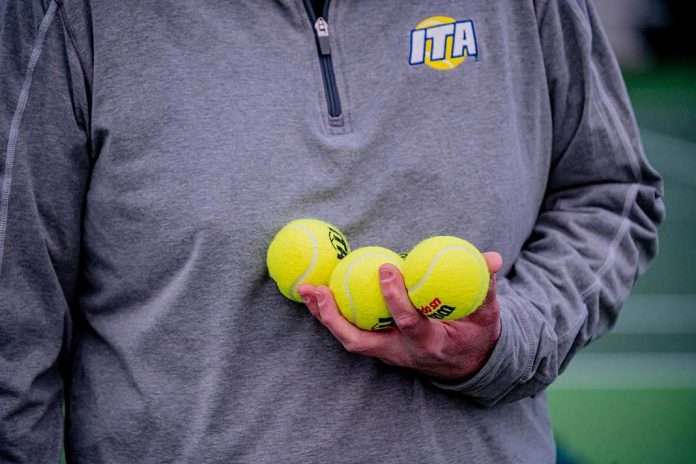 No. 3 seed Hawaii Pacific defeated No. 6 seed Flagler in a 4-1 battle. The Sharks jumped ahead to a 1-0 lead after doubles. Ctverak/Panik soundly defeated Bolla/Jenicek 6-1 on court one which was followed by a 6-4 victory by Loccisano/Hornung. Despite picking up four first sets, Flagler only secured one singles victory on court one from Bolla, 6-2, 6-4. Panik and Wang won in straight sets for Hawaii Pacific putting them one point away from victory. In a three-set battle, Arai clinched the match 2-6, 6-4, 6-4.

Saint Leo and Columbus State went back and forth in an extremely tight doubles point. Ultimately, the Cougars prevailed taking the point on courts two and three, 6-4 on both. The Cougars went up 2-0 early in singles, after Saint Leo’s Faletto was forced to retire due to a leg injury. Asdrubal put the Cougars within one point of moving onto the semifinals with a 6-2, 6-1 victory. Senior Matei Avram clinched the match by defeating Kanye Trustfall 6-0, 6-4.

No. 4 seed West Florida claimed the doubles point after wins on courts two and three. The Argos got out to a strong start in singles going up 2-0 after Bojadjiev won in straight sets. Senior Bulldog Belsito pulled his team within one with his victory on court one. After taking the first set 6-3, Belsito had to fight to close the second set out. He eventually won – 6-3, 7-5. However, the Argos did not let the Wingate Bulldogs stay close for long. At No. 2 singles, Lecoutre finished his match 6-4, 6-3 to put his team within one point of moving onto the semis. It came down to a race as to who would clinch the match for the Argos. Bandeira and Svensson both were on match point, but Svensson took it for the Argos. He won 3-6, 6-4, 6-0.

Host Midwestern State came to the doubles point ready to play. The Mustangs pushed the defending NCAA champions Barry to a tiebreaker on court two before dropping the doubles point. Giuliato and Buttner sealed the doubles point with a tight 7-6. In singles, Barry took control and did not look back. Forcano easily closed out his match 6-1, 6-0. Next, Rodriguez won 6-1, 6-3. Ortega Palacios won his match in straight sets to send the Buccaneers to the semifinals.