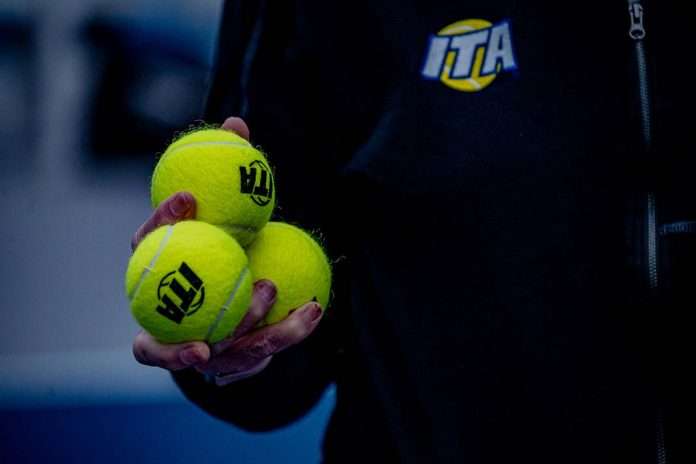 Barry overcame a loss in the doubles to defeat Nova Southeastern and move onto the championship match. In singles, the Bucs powered through to seal the match. Barrere, No. 6 singles, rolled past Montero Estevan to a 6-0, 6-2 victory. Nova’s Pei fell next to make the score 2-1 in favor of Barry. Barry’s Skyba pulled them within one point of victory after winning her match 6-2, 6-1. Nova’s Sarah Wardenburg tallied one point for the Sharks on No. 5 singles taking her match 6-2, 7-6. The match was clinched on No. 3 singles after Razafindranaly won out in a tense 6-3, 6-4 victory.

In a thrilling comeback victory, No. 6 seed Hawaii Pacific defeated No. 2 seed Columbus State. After courts one and two going to a tiebreaker, the Cougars took the doubles point. Busson won on court one for the Sharks to even the score, but Le Normand was forced to retire giving the edge to Columbus State. Baran tallied another point for the Cougars, while Tilgner and Miyahara won for Hawaii Pacific tying it three-all. Columbus State had a match point in the second before Ballach forced a third set. With her team watching, Ballach powered through the third set to clinch the match with a 4-6, 7-6, 6-3 victory.

Saint Leo bounced back from their loss to Nova Southeastern in the quarterfinals by blanking Washburn. It took the Lions a little under two hours to wrap up the match. Saint Leo secured the doubles point on courts one and two and was at match point on court three. Senior Lion Jurkova tallied the first point in singles winning 6-3, 6-4. Shortly after, Vicens Miquel closed out her match on court three. In a tiebreak in the second set, Helgesson wrapped up the match for the Lions (6-1, 7-5).

Indy and UCO went back and forth in the second consolation match of the day. Indianapolis put the first point on the board after winning the doubles point. UCO’s Nikki Boyar evened the score quickly in singles with a 6-4, 6-3 victory. After finishes on courts three, four, and six the score stood at 3-2 Indy. UCO’s Abidullina was closing in on a win but was pushed to a third set by Alekseeva. Next to her on court two, Dunlap was fighting off match point going down 5-0 in the third set. Ultimately, she could not hold off Novikova. The Indy sophomore clinched the match 0-6, 6-3, 6-3.