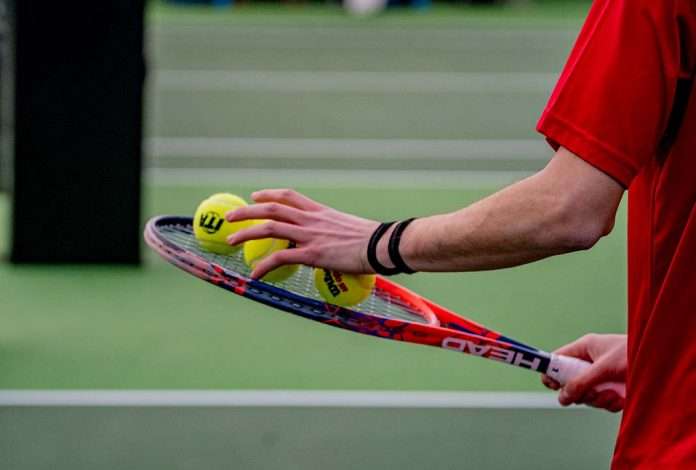 Columbus State has not allowed their opponents to score a single point during the championship. After winning the doubles point, the Cougars got to work and took all three singles in straight sets. No. 3 singles Garay won 6-2, 6-3 followed by another victory on court four from Cueto Ramos. Tommaso Schold won out in a first set tiebreaker and then rolled to a 6-3 victory in the second to punch the Cougars’ ticket to the championship match.

Relying on the strength of their singles lineup, Barry moved onto the championship match defeating West Florida 4-2. The Argos got on the board first, but let the Bucs hang three points before recording a singles win. Montrieul rolled past Lecoutre, 6-3, 6-0. Then No. 1 Ibanez cruised to a straight set victory over No. 18 Motta. Giuliato won out making it 3-1 Barry. West Florida’s Bojadjiev tallied a point for his team before Ortega Palacios clinched the match on court five.

Saint Leo rose to the top of a back-and-forth battle with Flagler. The Saints got the edge early by winning the doubles point, but the Lions retook the lead in singles with points from courts five and six. Flagler’s Rodrigo Carvahlo evened the score at No. 2 singles with a 6-1, 7-5 victory. The final two points were decided in three-set matches. Saint Leo’s Mensour record point three finishing his match 2-6, 6-2, 6-1. At No. 3 singles, Ciocanu had match point in the third set, but Jenicek saved it. Despite Jenicek’s late surge, Ciocanu clinched the match on a tiebreaker (6-2, 3-6, 7-6).

In the second consolation match of the day, Wingate crushed Midwestern State 4-0. After quickly taking the doubles point, the Bulldogs rolled to three straight set victories. At No. 3 singles, Canyadell easily defeated Diaz-Pineda from Midwestern State. Enrico Giacomini won his match to bring the score to 3-0. To close the match out, Sumer claimed a 6-3, 6-3 victory. Midwestern State’s Martinez-Roca was at match point when the Bulldogs clinched the match.

Series of Championships to be Aired on ESPNU