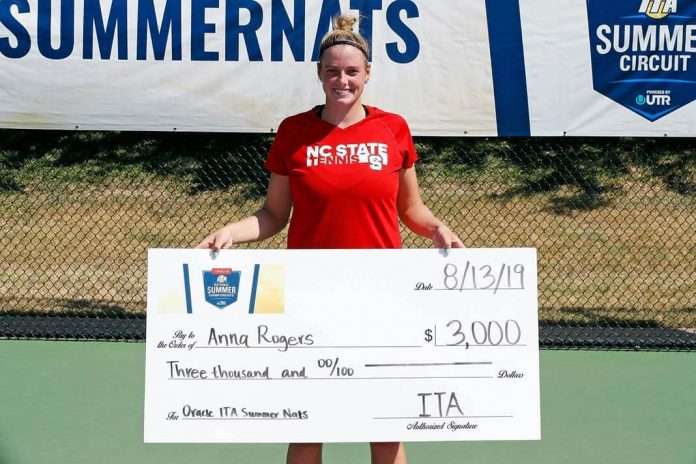 The ITA is gearing up for another summer filled with tennis — the 2020 Oracle ITA Summer Circuit host sites and schedule have been released. The host sites span the country from Texas to Florida to Illinois to Nebraska and many more. Play will kick off in late June with the first week of competition slated for June 20-22nd.

The Summer Circuit will feature 50+ sites hosted by collegiate tennis programs across the United States providing players the opportunity to compete against some of the best in the nation.

Check out all the host sites here!

Tournament registration will open on May 18th and is a first-come, first-serve process.

During the Summer Circuit, competitors will look to move up the Oracle ITA Summer Circuit Points Race to secure one of the top five spots. After each week of competition, players will be awarded points based on their finish in their respective tournaments. The Point Race will keep a running total and the top five players in each gender in the final standings will receive automatic entry into the Oracle ITA National Summer Championships and $600 in travel reimbursement for travel expenses incurred competing at Nationals.

The Summer Circuit will culminate at the Oracle ITA National Summer Championships in August. The singles and doubles champions will receive a wild card into the main draw of the ITA All-American Championships, and the finalists will earn a wild card into the qualifying draw (Players receiving wild cards must be returning, NCAA Division I student-athletes). Additionally, a $20,000 purse will be split evenly between the winners of each gender.