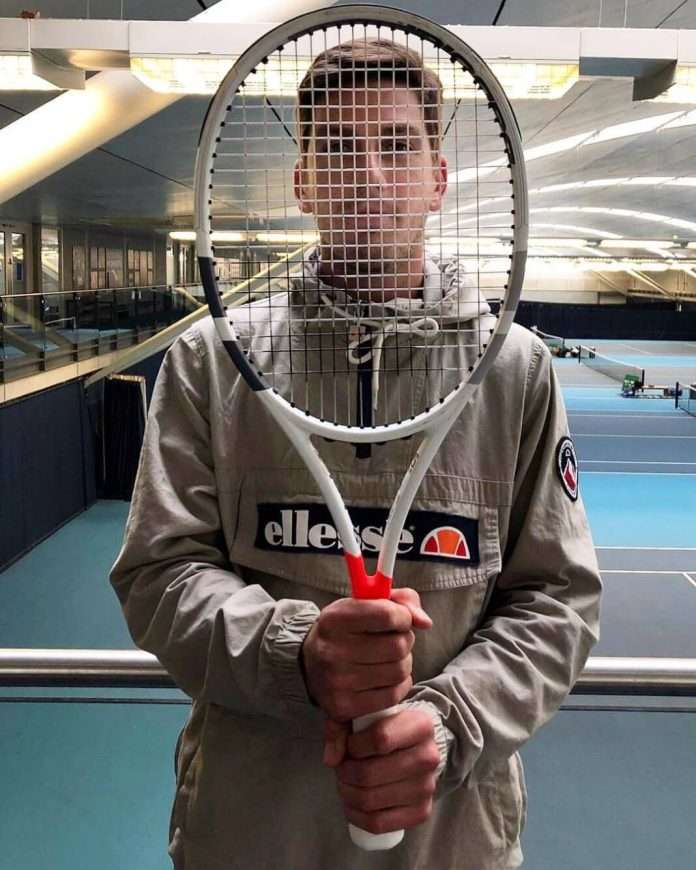 In the fall of my sophomore year at TCU, after a standard Thursday night out at the bars, I made my way back to my dorm.

We all had a pretty big night and definitely a couple too many. I decided to drive my moped to my girlfriend’s place, who I was dating at the time. I didn’t even make it 20 meters when I ended up falling off and bashing my chin on the steering wheel. I left the moped on the ground surrounded by blood everywhere.

The next day I needed 6 stitches in my chin. I called my head coach and explained what had happened. He absolutely shredded me to bits (as he should) and called a team meeting.

I remember it so clearly; telling us that I could have easily been killed and I shouldn’t have been sitting here with the boys.

It hit me hard. I had failed the concussion protocol test the next day. I was supposed to play the Dallas challenger that weekend, but I had to pull out. Along with a couple of other incidents, both coaches gave me their final warning, or else I‘d be kicked off the team.

I thought to myself, ‘What the f**k am I doing? Going out every Thursday, Friday, and Saturday for what?’.

From then on I decided I wanted to play pro tennis and made an oath not to waste one second on the court, and I definitely made better decisions off the court too. The whole situation made me more grateful for the opportunity I had, and I’m glad I had that moment early on in my career when it wasn’t too late.

Wikipedia: Norrie studied sociology on a scholarship at Texas Christian University (TCU) and joined the Horned Frogs university team, where he became the top-ranked male college tennis player in the US, being the first time that TCU had such an honor. In addition, Norrie was an All-American three times.

In the 2016–17 season, Norrie was the only player to win every Big 12 match he participated in, with a 10-0 record in singles and doubles. In spite of being seeded No 1, Norrie missed the end of season NCAA Championships and put a hold on his studies, so that he could turn professional.