David Porter was the head coach of the BYU-Hawaii tennis programs from 1984 till 2017 when the university’s athletic department was shut down. He played college tennis at BYU before graduating and beginning his coaching career. Porter started the tennis program at BYU-Hawaii after spending two seasons as an assistant basketball coach.

Under Porter’s tutelage, the Seasiders amassed 11 national championships – nine for the women’s program and two for the men’s program. Between the two programs, Porter coached nine undefeated seasons – the first being his third season with the women’s program (1994-95). David entered his final season in 2017 with a career record of 1,365-179.

David was named the Wilson ITA National Coach of the Year six times during his head coaching career. Recently, he has been working as a volunteer assistant coach for the BYU Women’s tennis team. His son, Dillon, is an assistant coach for the program. In addition to helping with the Cougars, Porter has coached the Chinese national women’s tennis team. 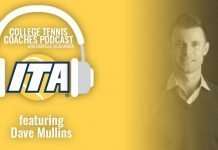 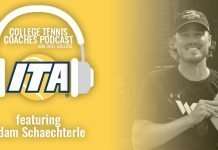 Scott Thielke Announced Retirement After More Than 30 Years of Coaching