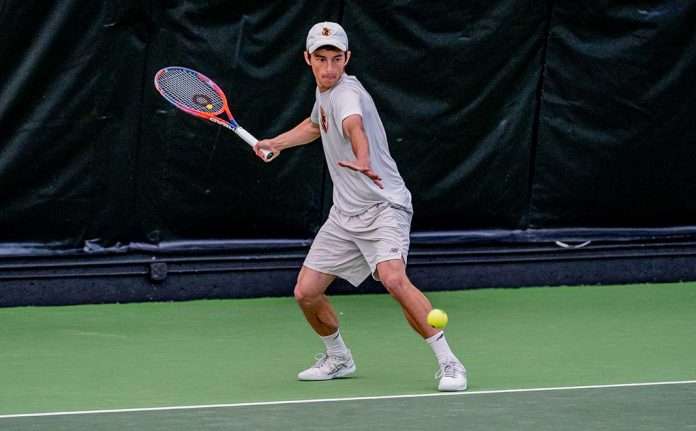 Wilson and the Intercollegiate Tennis Association announced on Thursday the 2020 Wilson ITA National Promoter of the Year winners. Katharina Razum of Walsh University and Jack Katzman of Claremont-Mudd-Scripps were selected as this year’s winners.

“On behalf of Wilson Sporting Goods, I would like to congratulate Jack and Katharina on receiving this national award,” Kristin Eggleston, Wilson’s Associate Grassroots & Promotions Manager of Racquet Sports, said. “They are both dedicated and passionate in promoting the sport of tennis in their schools and communities, and we look forward to seeing them accomplish even more as they head into their senior year.”

The prestigious honor awarded by the sporting goods giant is given to two student-athletes that champion the game of tennis by devoting consistent time and effort to promotional activities, and by supporting and bringing awareness to their school program and to college tennis in general.

“Wilson is an impactful advocate for tennis at every level, especially at the collegiate level, and we are thrilled to partner with them in honoring Jack and Katharina,” Corey Pegram, ITA Director of Partnerships, Alumni and Membership, said. “Both have made substantial contributions to the game on their respective campuses, and we can’t wait to follow their continued success moving forward.”

Katzman has excelled on and off the court for the Stags the last three years. Playing at No. 2 singles and doubles, he has been named a singles ITA All-American for three years in a row. During his first three seasons with CMS, Katzman has recorded 69 career singles victories and 68 career doubles victories. As a freshman, Katzman advanced to the NCAA Division III singles finals as an unseeded player.

The psychology major has worked with his teammates to bring sport – and tennis – to local elementary students. Katzman taught elementary students the principles of various sports during their recess. Katzman and the Claremont-Mudd-Scripps men’s program worked diligently to introduce a new generation of children to the sport of tennis.

In addition to being an advocate for tennis in the Claremont community, Katzman currently serves on his school’s Student-Athlete Advisory Committee (SAAC). As one of the two men’s tennis players serving on the committee, he advocates for the wellbeing of his teammates, promotes tennis, and helps shape the future of the sport.

Off of the court, Razum  leads her team to excel in the classroom. As a three-time ITA Scholar-Athlete, she has helped the women’s program achieve the highest women’s team GPA at Walsh for the 2017-18 and 2018-19 school years. In addition to assisting her teammates academically, Razum is a tutor in the university’s academic support center.

In 2018, Razum was selected to serve on Walsh’s SAAC. Her work with the advisory committee has continued into the current school year. She works to promote the welfare of all student athletes as well as raising the profile of her program and tennis in general in the North Canton community.

The Intercollegiate Tennis Association (ITA) is committed to serving college tennis and returning the leaders of tomorrow. As the governing body of college tennis, the ITA oversees men’s and women’s varsity tennis at NCAA Divisions I, II and III, NAIA and Junior/Community College divisions. The ITA administers a comprehensive awards and rankings program for men’s and women’s varsity players, coaches and teams in all divisions, providing recognition for their accomplishments on and off the court. For more information on the ITA, visit our website at itatennis.com , like the ITA on Facebook or follow us on Twitter and Instagram.