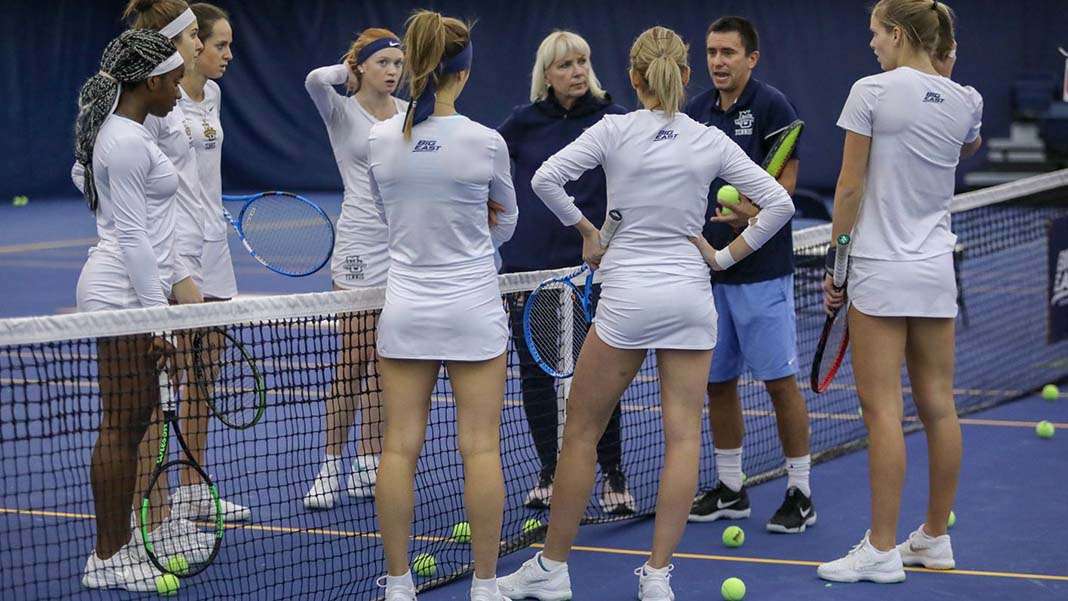 Bronson recently completed her 35th season with the program and was the longest-tenured varsity head coach in the University’s history.

“I want to thank Jody on behalf of the entire University for her 35 years of service to Marquette,” Scholl said. “She has been a tremendous ambassador for the department and her dedication to the program has, and will continue to, leave a lasting impact.”

Bronson arrived on campus for the 1985-86 campaign and has led the program to 440 victories, three conference championships and a trio of NCAA tournament appearances. Marquette also finished second in the league on six occasions and she guided the program to its highest-ever national ranking (25). She coached a plethora of all-conference performers and was named the Intercollegiate Tennis Association’s Midwest Region Coach of the Year in 1999 after leading the squad to the Conference USA title and NCAA bid.

“Thirty-five years ago Hank Raymonds and Tat Sheily gave me the opportunity to coach the Marquette women’s tennis team in its inaugural year in Division I,” Bronson said. “This opportunity proved to be more than I could have ever imagined. It’s been an honor to be able to coach and mentor so many incredible young women, who today continue to use their whole Marquette experience in their daily lives.”

“I have experienced some amazing accomplishments with these players, but I truly value the long-lasting relationships I have maintained,” Bronson added. “I am so proud of them for what they gave to Marquette and how those experiences helped to shape their lives.  I am forever grateful to Marquette for this experience that has enriched my life.”

Bronson’s retirement will allow for the continuation of the staff re-organization for both the men’s and women’s programs, which began in May of 2018 when current head men’s coach Steve Rodecap was named Director of Tennis. Rodecap will continue to oversee both programs, while assistant coaches Jud Shaufler (men’s team) and Dusan Medan (women’s team) have been promoted to associate head coach and will both directly report to Rodecap.

The new staff structure will allow Rodecap, Shaufler and Medan the ability to work on-court with both programs moving forward, increasing the staff members available to the student-athletes to three, after being two in previous seasons.

“We are extremely lucky to have a terrific staff in place and I know that Steve, Jud and Dusan are going to do everything in their power to make the transition as seamless as possible for our student-athletes,” Scholl said.

The 2019-20 campaign was the 17th season for men’s tennis under Rodecap, who guided Marquette to its first BIG EAST Conference title and NCAA Championships appearance in 2017-18. He is first all-time at Marquette with 239 dual match victories and has guided the Golden Eagles to a winning record in 14 of the last 15 years. Over the course of the last 10 campaigns, at least one MU player has garnered all conference accolades on 18 occasions.

“I have been fortunate to work alongside Jody the past 17 years and have seen her pour her heart and soul into the program, while transforming the lives of so many young women,” Rodecap said. “She consistently represented the department and University in a first-class manner.”

“I would like to personally thank Jody for being such a supportive and trusted colleague, but more importantly, for being a great friend to me and my family,” Rodecap added. “Although her daily touch on the program will be greatly missed, she will always be a part of the Marquette Tennis family. I wish Jody and her husband Wally many happy and healthy years of retirement!”