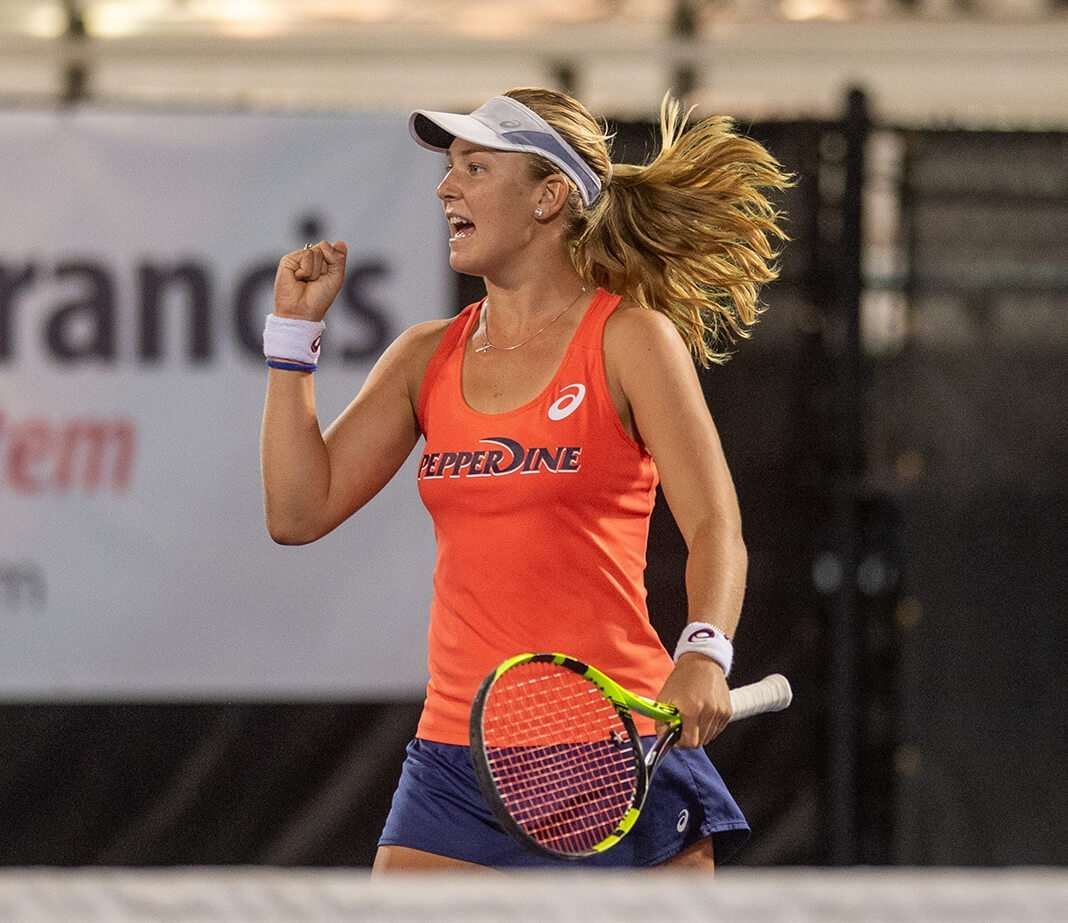 The Intercollegiate Tennis Association announced the Division I Women National Award recipients on Monday morning during the 2020 ITA National Awards Ceremony presented by Oracle. The recipients are outstanding representatives of college tennis’s strong athletic tradition and commitment to excellence on and off the court. The ITA is proud to continue our tradition of honoring and illuminating the success of our student-athletes!

The Division I Women’s awards include Arthur Ashe Leadership & Sportsmanship, ITA Rookie of the Year, ITA Player to Watch, ITA Most Improved Senior, ITA Senior Player of the Year, and ITA Cissie Leary Sportsmanship Award. The national winners were selected from the regional award winners by the Division I National Awards Committee.

Meible Chi has been a Division I standout on and off the court while showing consistent passion and perseverance throughout her collegiate journey. Chi competed on a top-five nationally ranked tennis program and earned her spot in the top 25 of the ITA singles rankings for most of her career. She has a career record of 112-34 and went undefeated in dual matches this year. Chi has been an active participant in the Collegiate Athlete Pre-med Experience program (CAPE), which was created for female student-athletes interested in the medical field. She has used this opportunity to gain experience in the Duke hospital; spending time shadowing doctors and working with patients. During her collegiate career, Chi also spent a summer in China as part of a joint effort between Duke University and Stanford University through the ACE program, working with children in a classroom and athletic field setting. She now serves as an ambassador for the ACE program and speaks with student-athletes about the virtues of civil service and the benefits of helping others around the world. Chi is a SAAC representative and leads her team’s community outreach initiatives, organizing the Read With the Blue Devils program.

Senior Jordan Strickland owns the Western Carolina Women’s tennis program records in career singles and doubles wins. She has led the Catamounts at No. 1 singles and doubles for the majority of her career. She was undefeated in conference play win doubles this season – including a win over the No. 76 team in the nation. Strickland was honored twice by the Southern Conference with the sportsmanship award. Strickland works as an advocate for tennis and her teammates as a SAAC representative. Despite dealing with cystic fibrosis, Strickland gives her all in all aspects of her life and inspires others to do the same.

Elysia Bolton is certainly a player to watch. She holds a 39-19 career singles record and a 50-13 career doubles record. Bolton reached a career-high of No. 9 in the Oracle ITA Singles Rankings and No. 1 in the Oracle ITA Doubles Rankings. In 2019, the sophomore was selected as an ITA Singles All-American. Bolton was honored with the Pac-12 Player of the Week award, while also making her way to the third round at the Oracle ITA National Fall Championships and the quarterfinal round at the ITA All-American Championships in 2020.

Freshman Natasha Subhash has had an incredible start to her collegiate career at the University of Virginia. Subhash won the ITA Singles Atlantic Region Championship and was named the ITA UTR Division I National Player of the Week in 2020. She reached a season-high singles ranking of No. 10 in the Oracle ITA Singles Rankings and No. 36 in the Oracle ITA Doubles Rankings. Subhash has an overall singles record of 26-6 and an overall doubles record of 16-5. She went 15-5 against nationally-ranked singles opponents and also advanced to the semifinals at the Oracle ITA Masters. Subhash is a four-time ACC Freshman Player of the Week recipient and was named ACC Player of the Week.

Senior standout Katarina Kozarov has made her mark at Furman University. Katarina reached a career-high of No. 14 in the Oracle ITA Singles Rankings and No. 21 in the Oracle ITA Doubles Rankings. Katarina finished the spring season with a 10-1 record, earning honors as a two-time SoCon Player of the Year, two-time team MVP, and also received the C. Dan Joyner Most Outstanding Female Athletic Leader Award.

Ashley Lahey will be remembered as a stellar representative of Pepperdine Athletics long after her graduation. Lahey went undefeated in the Fall season of 2019, winning all three collegiate tournaments she played in; the Oracle ITA Masters, the Malibu Invitational and the ITA All-American Championships. Lahey earned her No. 1 spot in the latest Oracle ITA Singles Rankings and was an ITA Singles All-American in 2017 and 2018. She was an NCAA Singles Championship runner-up in 2018, becoming the first-ever Pepperdine women’s tennis player to reach the NCAA Singles Championship. She won the ITA Singles Southwest Regional Championship in 2016 and 2017 and has compiled a career singles record of 78-20 and a 60-27 overall doubles record. Lahey was honored as part of the ITA Collegiate All-Star Team in 2018, received recognition as the ITA Southwest Region Player to Watch in 2017 and 2019, and was the WCC Freshman Player of the Year. Lahey ranks No. 2 in the Pepperdine women’s tennis record books with her .848 career winning percentage after posting a 28-5 record in two seasons. She was awarded as a Pepperdine Scholar-Athlete in 2017, 2018, and 2019. Always willing to help her teammates, Lahey has been welcoming and warm to new players and continues to encourage them with her enthusiasm and positive attitude.