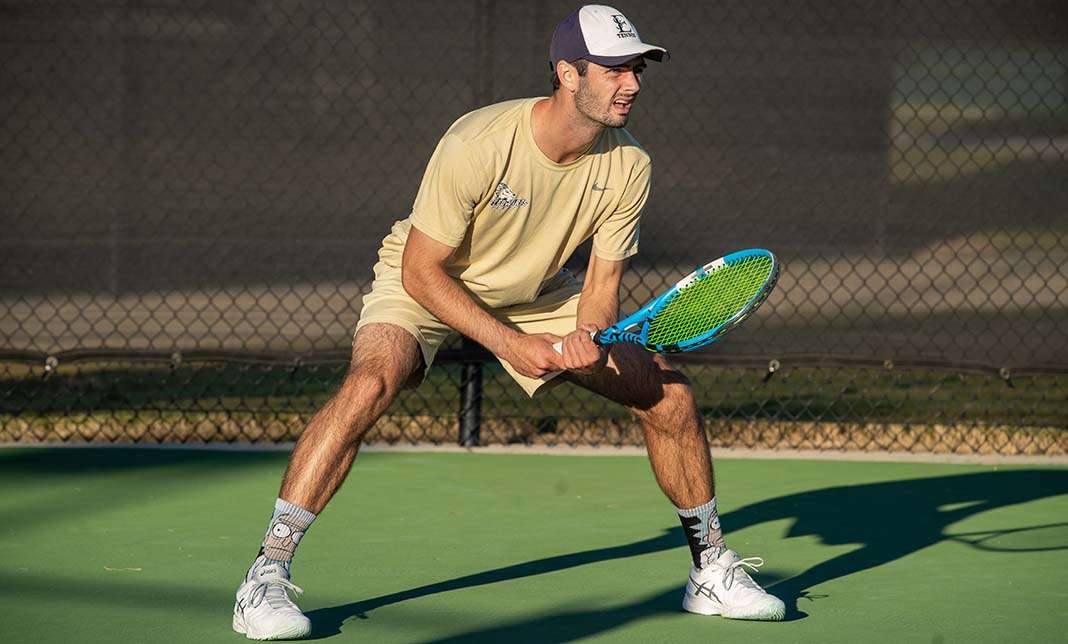 The Intercollegiate Tennis Association announced the Division II Men National Award recipients on Tuesday morning during the 2020 ITA National Awards Ceremony presented by Oracle. The recipients are outstanding representatives of college tennis’s strong athletic tradition and commitment to excellence on and off the court. The ITA is proud to continue our tradition of honoring and illuminating the success of our student-athletes!

The Division II Men’s awards include Arthur Ashe Leadership & Sportsmanship, ITA Rookie of the Year, ITA Player to Watch, ITA Most Improved Senior, and ITA Senior Player of the Year. The national winners were selected from the regional award winners by the Division II National Awards Committee.

St. Mary’s University team captain Jeremiah Sanchez made an impact on the program and the community during his four years. Sanchez touts a 110-49 career record. He went 24-12 in the 2019-20 season before it was canceled. In the final Oracle ITA Rankings for the South Central Region, Sanchez ranked No. 3 in singles and No. 2 in doubles. Outside of his athletic accomplishments, he serves as the SAAC representative for the men’s tennis program. Sanchez also invests in the San Antonio community by volunteering at the San Antonio Food Bank, San Antonio Children’s Shelter, and tennis clinics.

Anish Sriniketh from St. Edward’s University shined in his first two years of collegiate tennis. Sriniketh holds a 36-12 singles and 27-16 doubles career record. After winning the ITA South Central Region Singles as a sophomore, Sriniketh went on to advance to the ITA Cup singles semifinals. As a freshman, he was selected as the ITA South Central Region Rookie of the Year and the Heartland Conference Rookie of the Year.

Samuel Sippel’s debut season for the Cougars was near perfect. In dual match play, Sippel went 9-0 in singles and 7-2 in doubles. In the fall, the Azuza Pacific freshman claimed the singles title at the ITA West Regional. His victory at regionals punched him a ticket to the ITA Cup. Sippel continued to impress in Rome – he reached the semifinals of singles before ultimately dropping the match.

Bas Van Biezen has displayed incredible grit and determination through his years with SNHU. He started his collegiate tennis career playing No. 5 singles before breaking his wrist that season. However, he was able to come back during playoffs and help his team to a Northeast-10 Conference title. Van Biezen went on to help the Penmen to two more Northeast-10 Conference titles in his sophomore and junior year. His senior year he made it to the ITA East Region singles final.

Chase Bartlett of St. Edward’s University finished his senior year with the Hilltoppers strong. He held a 12-2 singles record on the year with two wins over the No. 15 and No. 9 players in the country. In doubles play, Bartlett went 10-4 over the fall and spring. In the fall, he competed at the ITA Cup and notched a doubles win. Bartlett has been honored by the ITA as a four-time ITA Scholar-Athlete. He served as the St. Edward’s University SAAC president in his junior and senior years.