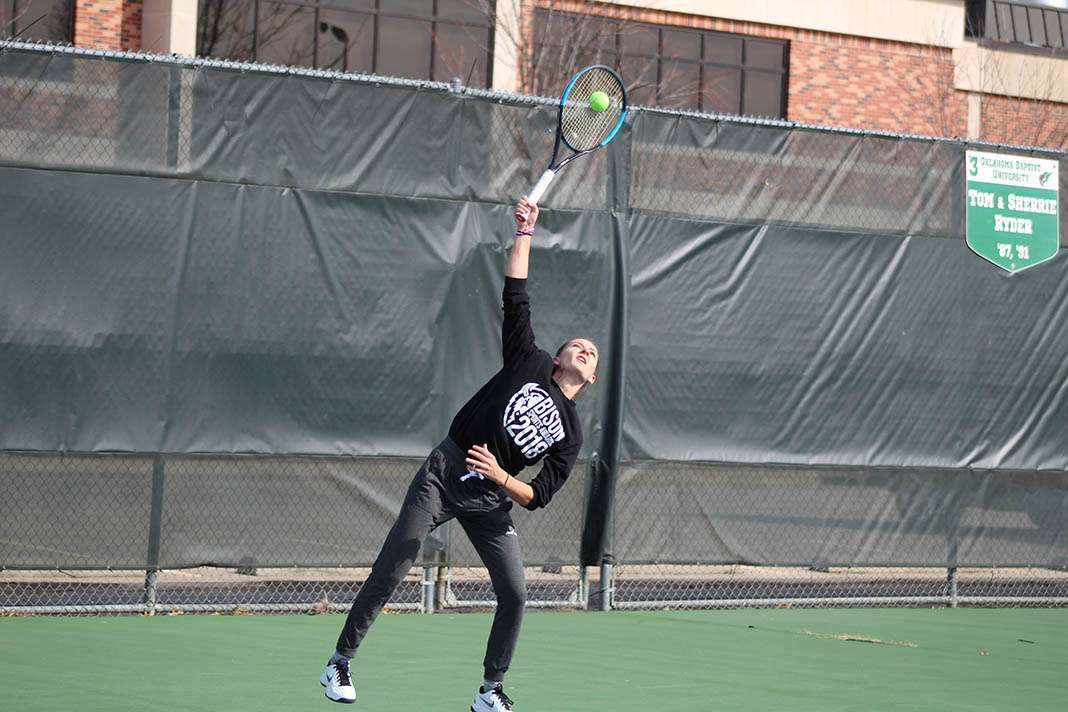 The Intercollegiate Tennis Association announced the Division II Women National Award recipients on Tuesday morning during the 2020 ITA National Awards Ceremony presented by Oracle. The recipients are outstanding representatives of college tennis’s strong athletic tradition and commitment to excellence on and off the court. The ITA is proud to continue our tradition of honoring and illuminating the success of our student-athletes!

The Division II Women’s awards include Arthur Ashe Leadership & Sportsmanship, ITA Rookie of the Year, ITA Player to Watch, ITA Most Improved Senior, and ITA Senior Player of the Year. The national winners were selected from the regional award winners by the Division II National Awards Committee.

Two-time captain Ashley Jonathan has blazed a path for the Bellarmine Women’s Tennis team. After four years with the Knights, Jonathan holds a 140-61 career record. Playing at No. 1, this season she went 12-5 in singles – three of those losses coming to DI players. In doubles, Jonathan was even more impressive – recording a 17-2 record this season. However, Jonathan shined for the Knights off the court as well. She advocated for tennis and athletes for four years as a SAAC representative. Jonathan is also devoted to serving the Kentucky community. She organized numerous service projects including shoe drives for Soles4Souls, Ohio River Clean-Up, and collecting donations for Make-A-Wish and Breast Cancer Awareness.

Salem sophomore Ana Kunic has already shown that she is one to watch. In her first two years as a Tiger, she has amassed 26 wins with only four losses. Her record has earned her a consistent spot in the top 10 of the Oracle ITA Singles Rankings. After playing at No. 2 singles her freshman year, Kunic moved to No. 1 singles this year. She went 10-2 at the top spot with one of her losses coming in the ITA Atlantic Regional Singles final. Kunic clinched one of the final matches Salem played in 2020 before the season was canceled. She helped the Tigers edge out national powerhouse Michigan Tech to send her teammates out on a high note.

In just two years as a UIndy Greyhound, Anna Novikova has already proven herself to be a player to watch. Playing No. 1 doubles and No. 2 singles for the University of Indianapolis, Novikova competed her way to a 9-1 season record in both singles and doubles competition. In the Midwest region, Novikova reached No. 1 in the Oracle ITA Doubles Rankings and No. 3 in the Oracle ITA Singles Rankings. She earned a spot in the Oracle ITA National rankings, listed at No. 3 in doubles and No. 24 in singles. Novikova was a singles semi-finalist and a doubles finalist in the ITA Midwest Regional and later became a doubles semifinalist in the ITA Cup. Novikova continues to show incredible mental toughness on the court and is a great supporter of her teammates.

Ebba Rosberg of Concordia College had a dominating start to her first season. Rosberg recorded a near perfect 21-2 singles record while playing at the top spot. In doubles, Rosberg holds a 17-6 record. The freshman phenom made it to the semifinals of the ITA East Region Singles and the finals of the ITA East Region Doubles. Rosberg notched a win over the No. 14 singles player in the country during her first year with the Clippers. Additionally, she was named the Central Atlantic Collegiate Conference Rookie of the Year and Player of the Year.

In her four years, senior Saint Leo Lion Kristyna Jurkova developed from a solid singles player to a leader and driving force of the program. Jurkova started her career for the Lions playing No. 3 singles and progressed to the No. 2 spot after two years of play. She has seen success at both positions claiming a 77% win percentage in singles. Her highest rankings in the Oracle ITA Rankings came in 2019 when she checked in at No. 31 in singles and No. 9 in doubles. To cap off her senior year, Jurkova and her partner Furmaniak defeated the No. 1 doubles team in the country at the inaugural ITA Division II National Women’s Team Indoors.

Kim Moosbacher made a name for herself in Oklahoma Baptist University history. During her four years, she set three school records for the most total wins, singles wins, and doubles wins in a season. Moosbacher was named a singles All-American in her junior and senior years. During the fall of her senior year, she did not drop a single set in four events and walked away as the ITA Central Region singles champion. Moosbacher was recognized by the Great American Conference for her excellence and was selected to the GAC All-Decade Team. 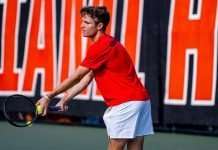