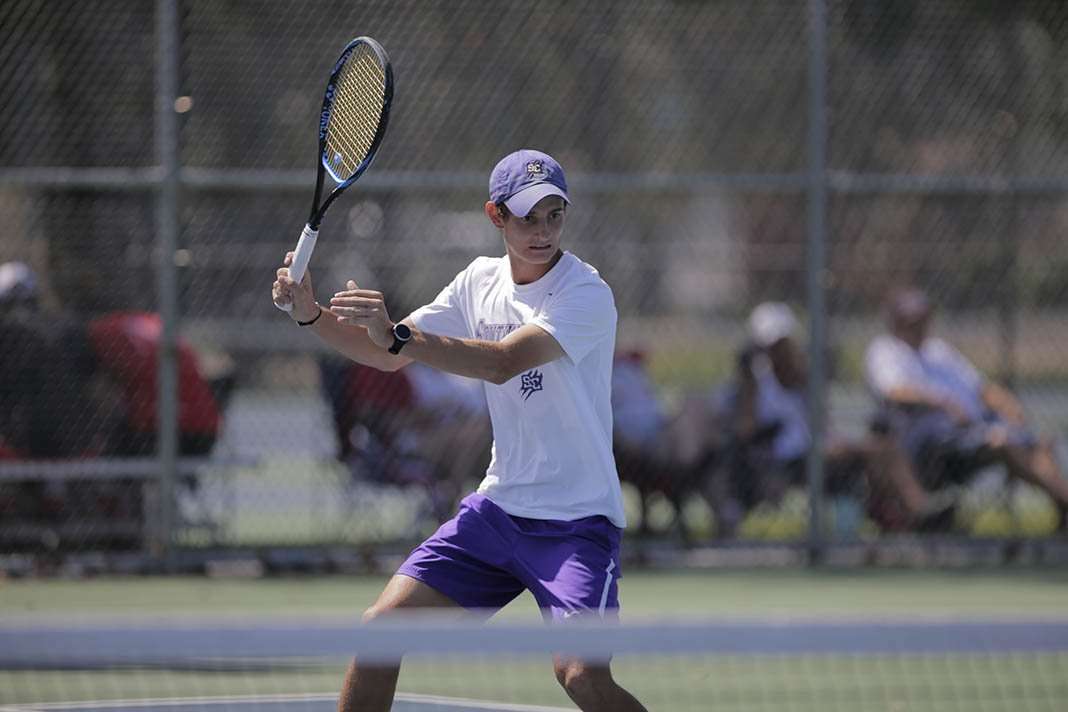 The Intercollegiate Tennis Association announced the NAIA Men National Award recipients on Thursday morning during the 2020 ITA National Awards Ceremony presented by Oracle. The recipients are outstanding representatives of college tennis’s strong athletic tradition and commitment to excellence on and off the court. The ITA is proud to continue our tradition of honoring and illuminating the success of our student-athletes!

The NAIA Men’s awards include Arthur Ashe Leadership & Sportsmanship, ITA Rookie of the Year, ITA Player to Watch, ITA Most Improved Senior, and ITA Senior Player of the Year. The national winners were selected from the regional award winners by the NAIA National Awards Committee.

Franco Poi has helped the Southwestern College men’s tennis program reach new heights. Poi led the Moundbuilders to a team ranking of No. 20 in the Oracle ITA Rankings during the 2019 season – the highest in program history. As an individual, Poi has been ranked every year that he has played for Southwestern. He was named the Kansas Collegiate Athletic Conference Player of the Year in 2019. The two-time team captain also held an internship with USTA Texas and volunteered at children’s tennis clinics. Poi has been named an ITA Scholar-Athlete every year.

Keiser’s Luke Simkiss had a stellar junior season. He finished 2020 ranked No. 6 in singles and No. 13 in doubles in the Oracle ITA Rankings. Simkiss tallied two top-10 straight-set wins over the past season to secure his spot in the top 10 of the Oracle ITA Singles Rankings. Simkiss earned ITA All-American status in singles. He held an undefeated 14-0 record at No. 1 singles and a 12-1 record in doubles. Simkiss was named the UTR ITA NAIA Men’s National Player of the Week for his play. Additionally, he was named the Sun Conference Player of the Week four times.

As a true freshman, Max Bertimon secured the No. 1 singles spot in the nation in the Oracle ITA Rankings. He posted an undefeated record at No. 1 singles. During dual match play, Bertimon recorded a straight-set victory over the No. 2 singles player in the nation. In doubles play, Bertimon was also undefeated and finished No. 15 in the Oracle ITA Doubles Rankings. Bertimon finished his first year with the Grizzlies as an ITA All-American in singles.

Mika Kosonen primarily played at No. 6 singles for the Grizzlies, but during his senior year, he worked his way up to as high as the No. 2 spot at times. Kosonen led Georgia Gwinnett’s team for singles victories his senior year with a 14-0 record. Kosonen was so dominant in his play that he did not drop a single set during his senior campaign. The team captain finished No. 25 in the Oracle ITA Singles Rankings.

Federico Herrera Duran has been an essential part of the Georgia Gwinnett men’s team’s success. He held an undefeated singles and doubles record during his senior campaign. In the Oracle ITA Rankings, he reached as high as No. 1 in singles during the spring season and finished at No. 23. In doubles, he finished No. 2 in the country. His No. 2 ranking earned him ITA All-American honors in doubles for 2020. He also serves as the Grizzlies team captain.