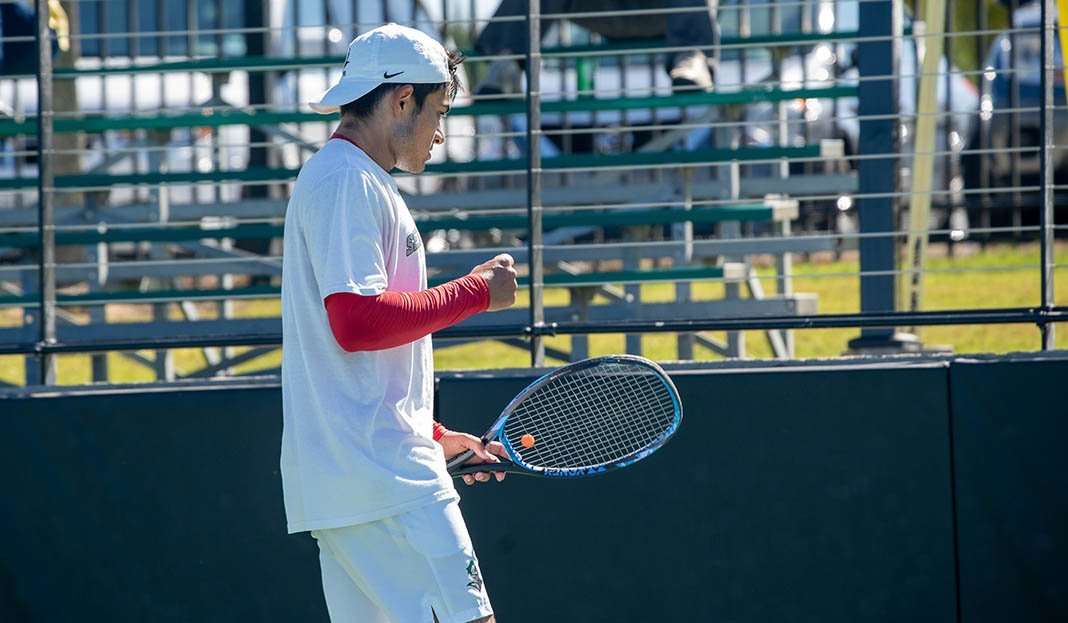 The Intercollegiate Tennis Association announced the Junior College Men National Award recipients on Friday morning during the 2020 ITA National Awards Ceremony presented by Oracle. The recipients are outstanding representatives of college tennis’s strong athletic tradition and commitment to excellence on and off the court. The ITA is proud to continue our tradition of honoring and illuminating the success of our student-athletes!

The Junior College Men’s awards include Arthur Ashe Leadership & Sportsmanship, ITA Rookie of the Year, ITA Player to Watch, ITA Most Improved Sophomore, and ITA Sophomore Player of the Year. The national winners were selected from the regional award winners by the Junior College National Awards Committee.

Jones College’s James McWilliams has been an irreplaceable leader for the Bobcats during his two years with the team. The sophomore owns a career record of 20-12. He was awarded the Jones College Tennis Bobcat his freshman and sophomore year. The Bobcat Award goes to one student-athlete from each program that exemplifies best qualities of student-athletes. In addition to his tennis accomplishments, McWilliams is an ITA Scholar-Athlete, a Phi Theta Kappa member, and president of the Baptist Student Union.

In one short year Gabriel Ortiz has showed his dominance as a player. Ortiz was selected as the Player to Watch and the Rookie of the Year. In the fall, Ortiz finished as the singles runner-up at the ITA Central Regional to punch his ticket to the ITA Cup. At the ITA Cup, he won the ITA Cup Junior College Men Singles title. His win at the ITA Cup qualified him for the Oracle ITA National Fall Championships where he notched a first-round win over a DI opponent. Ortiz finished No. 10 in both singles and doubles in the Oracle ITA Rankings. He was named an ITA All-American in singles.

Saint sophomore Sander Jans has seen success throughout his career with Seward County. His freshman season he clinched the ITA Cup Junior College Doubles title. The following year at the ITA Cup, Jans was a finalist in the Junior College Singles and Doubles. In the final Oracle ITA Rankings, Jans was ranked No. 14 in singles and No. 2 in doubles. Jans was honored as an ITA All-American in doubles during his sophomore year.