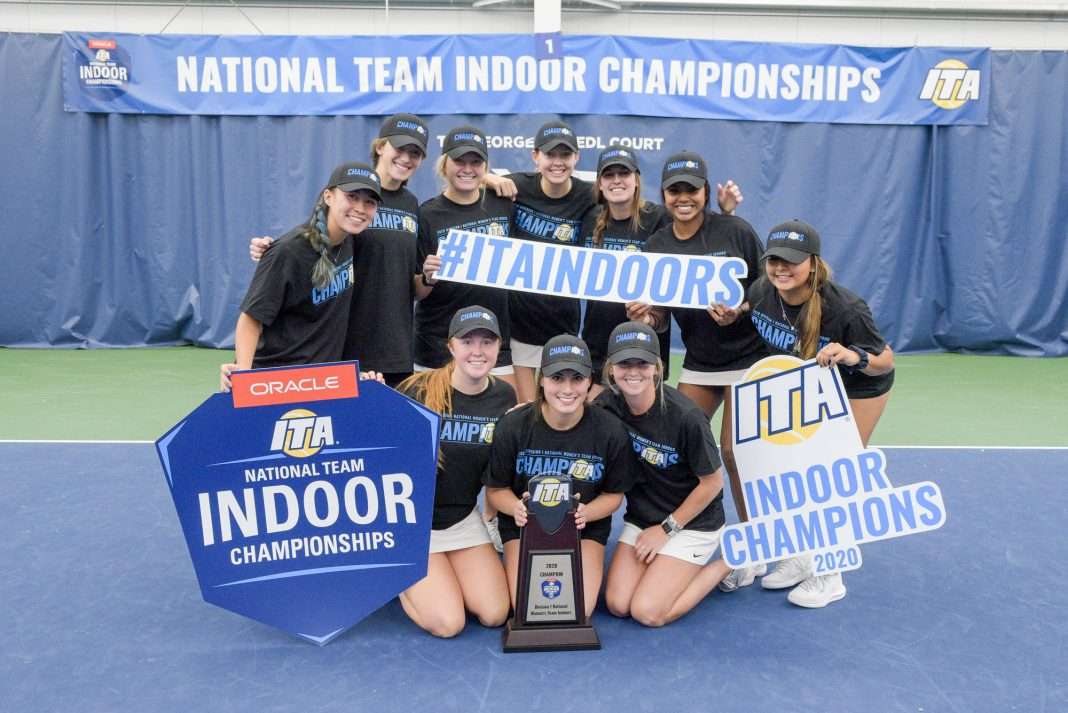 Passed on June 23, 1972, Title IX of the Education Amendments holds that “no person in the United States shall, on the basis of sex, be excluded from participation in, be denied the benefits of, or be subjected to discrimination under any education program or activity receiving federal financial assistance.”

This law applies to both public and private colleges, as private institutions utilize federal funding in the form of student financial aid. College athletic programs fall under the law, mandating equality in participation opportunities, scholarships and more.

As we mark the 48th anniversary of Title IX, USTA.com profiles the North Carolina women’s tennis team. The Tar Heels finished the shortened 2020 spring season undefeated , as the undisputed No. 1 team in the country. The Chapel Hill outfit also won the season’s only national title on offer, at the ITA Indoor National Championships.

In NCAA Division I tennis, women’s programs are permitted up to eight full scholarships, while men’s teams are allowed four and a half. But for the 2020-21 season, the North Carolina women will have 11 student-athletes on scholarship out of 13 on the roster.

That’s down to the NCAA’s fifth-year exception for spring-sport athletes in response to the shortened season caused by COVID-19.

For the Tar Heels, it presents an opportunity to finish what they started this spring. All three of their seniors—Alexa Graham, Sara Daavettila and Makenna Jones—will be back.

“I can tell you exactly where the three of us were the moment that we found out that we might get extra eligibility,” Jones (pictured above, left) said on a May Zoom call with over 250 members of the extended UNC tennis family. On that call, organized by 18-year head coach Brian Kalbas, all three seniors announced their plans to return.

When the news broke—first, the unfortunate news of the cancelled season, and then confirmation of the eligibility extension—the team was on a spring-break training trip to the Bahamas.

“We were literally sitting in the pool, yelling across the pool. We had people staring at us like we were crazy.”

Jones and Graham (above, center) will both attend graduate school next year. Graham has been accepted to the Hussman School of Journalism and Media, where she will study broadcast journalism, while Daavettila (above, right) will extend her undergraduate graduation to next May.

“Everyone who knows me knows that this team means everything to me,” added Graham. “I was just trying to wrap my head around just having two more months left with them, let alone not getting to finish my season.”

Both Graham and Daavettila were named ITA All-Americans for the 2020 season, in singles (alongside UNC sophmore Cameron Morra) and as a doubles pair.

Read more of this feature on USTA.com