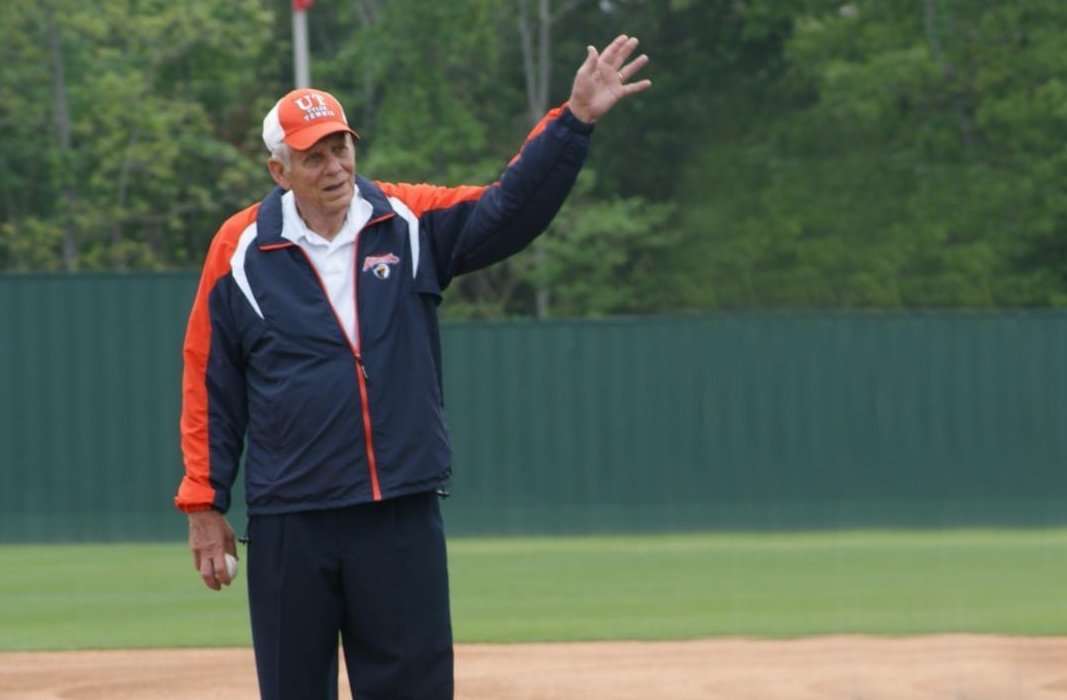 Kniffen coached the UT Tyler men’s tennis program from 1985-97, leading the Patriots to National Association of Intercollegiate Athletics (NAIA) national championships in 1989 and 1994 after finishing third nationally in 1987 and runner-up in 1988. He coached 28 NAIA All-Americans and was a three-time NAIA Coach of the Year (1988, 1989, 1994). He was inducted into the NAIA Men’s Tennis Hall of Fame in 1996.Former UT Tyler tennis coach and inaugural Hall of Fame inductee Fred Kniffen passed away Wednesday morning

Besides the team championships, Kniffen coached Ken Olivier to the NAIA singles championship in 1989 as well as the duo of Olivier and Chris Harris to the doubles title that same year. Olivier became UT Tyler’s first tennis coach in the NCAA era (2003).

He was the first tennis coach at Tyler Junior College, starting at TJC in 1973 as he went on to lead the program to four national championships and coached 31 junior college All-Americans. A four-time NJCAA National Coach of the Year, Kniffen also started a program at TJC called Tennis Tech, which was the first college program to offer a degree in teaching tennis.

Kniffen grew up in Clyde, Texas, where he was the Texas High School Class “B” singles champion, and he attended Hardin-Simmons University in Abilene. As a player, he won Border Conference singles titles in 1957 and 1958 and was also the conference doubles champion in 1958.

After graduation, he coached Abilene Cooper High School from 1960-65 and served as the tennis pro at Rose Park Tennis Center for eight years before joining TJC. As a high school coach and tennis pro, he coached over 160 players to a Texas state ranking.

Dr. Howard Patterson, UT Tyler Director of Athletics: “Coach Kniffen was the pioneer of tennis at UT Tyler and the city of Tyler. He contributed so much to making Tyler a tennis city. As a college coach, Coach Kniffen was a great recruiter, master coach, and was the coach of UT Tyler’s first national championship team. He was a friend to so many; I was blessed to know him and his family and will miss him greatly.”

Adam Cohen, UT Tyler tennis head coach (2018-present): “College tennis lost an all-time great this morning. He advanced the game in ways that hundreds of coaches put together could only dream of doing. Our thoughts and prayers are with him and his family, as well as the countless amount of lives we know he impacted for the better that are mourning the loss of a great man.”

Joe Vann, UT Tyler tennis assistant coach: “Coach Kniffen has been a huge influence on the current and former coaches of UT Tyler. He is a special kind of coach and man. The alumni of his former schools, camps, and coaching associates know him as one of the coaches who cares for the people first and the game second. He believed in hard work, and he was a kind and good Christian man. The sport of tennis brought us together from all corners of the world, but Coach Fred made it an experience. Coach Kniffen made us all FAMILY. His influence will be missed, and the tennis world will never be the same without him.”

Ken Olivier, 1989 NAIA national singles, doubles, and team champion for UT Tyler and first head coach for UT Tyler tennis: “What helped us win a national championship was his cool and calm demeanor, but he also had a fiery spirit. That demeanor was profound, and that’s what gave us the confidence to do something that had never been done before at UT Tyler. He got us into the record books because of who he was, which was a great coach and a great man.  He led by example, he wasn’t a big talker, but most importantly, he loved us as people. Our personal development was more important than tennis, and he showed us the way a man is supposed to be. He loved God, he was kind, and he was tough. You couldn’t find a better person who wanted the right thing for everybody, and that’s what set him apart.”

Brian Notis, three-time NAIA All-American (1994-96) and 1994 NAIA team champion: “Coach Fred Kniffen was a man of great integrity and character, which are qualities he instilled in his players. He built two powerhouse collegiate tennis programs at TJC and UT Tyler. He instilled a sense of team and family among his players and was intensely loyal to his family and his tennis family. His influence will be felt for generations to come with so many of his players paying it forward as coaches themselves. I, along with the entire tennis community and UT Tyler family, mourn his passing and offer our condolences and prayers to his family. RIP Coach.”