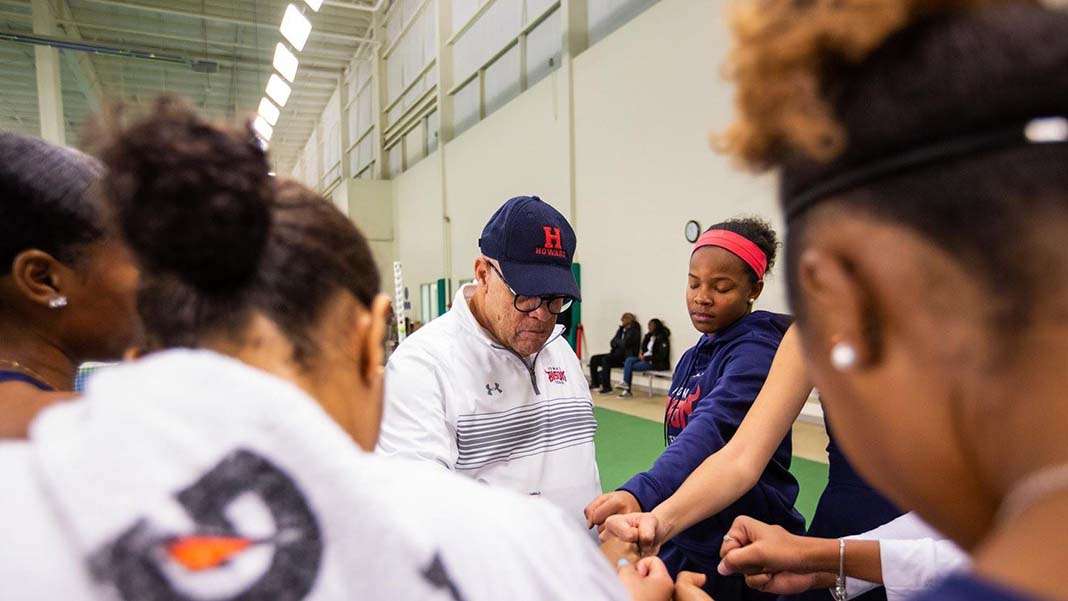 “I would first like to thank what I consider to be one of our nation’s greatest treasures, Howard University, for the honor and pleasure of allowing me to guide its student-athletes for the last 35 years,” said Strickland.

His women’s team won three HBCU National Championships (1994, 1995 and 2015). In 2015, he was named HBCU Coach of the Year. Three years later (2018), Strickland was inducted into the HU Athletics Hall of Fame. “Without a doubt, one of the greatest honors I ever received was being named to the Howard University Athletic Hall of Fame,” Strickland added.

In the community, the 11-time MEAC Coach of the Year received the United States Tennis Association (USTA)/ITA National Community and Campus Outreach Award during the 2011-12 campaign.

“Coach Strickland has meant a great deal to the growth of tennis in the African-American community,” said Howard Director of Athletics Kery Davis.

During his tenure at Howard, Strickland was a professor for seven years (1992-99) and was a tennis instructor for the Washington Tennis and Education Foundation (1992-96) and the Joy of Sports Foundation (1997-00).

In 1969, he graduated with a bachelor’s degree in fine art and physical education from Wilmington College in Ohio. Strickland was certified by the U.S. Professional Tennis Association (USPTA) and the United States Professional Tennis Registry (USPTR).