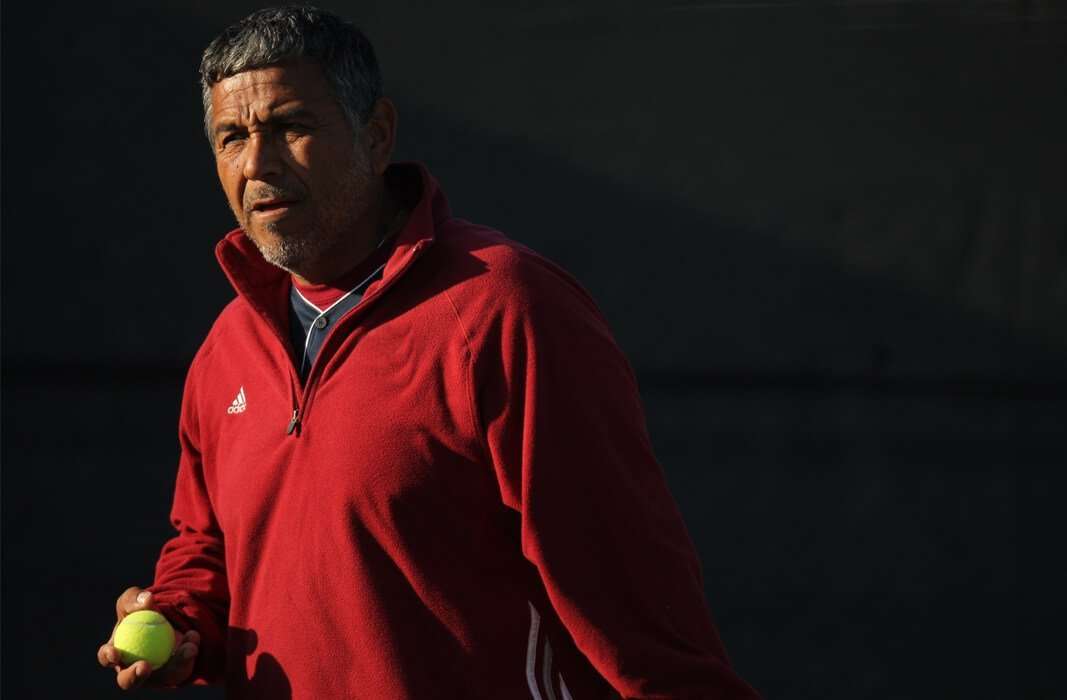 The 2019-20 season marked the 45th year of coaching for Marymount California University’s head men’s and women’s tennis coach, Jamie Sanchez. Coach Sanchez was hired by Marymount California in 2018 to start the tennis programs. Before MCU, Sanchez coached at his alma mater, Loyola Marymount, where he lead the women’s team to a NCAA Division I National Team Championship.

A highly respected coach, Sanchez is committed developing tennis players and continuing his passion of coaching.

After you wrapped up your playing career and graduated from Loyola University, you went straight to coaching at Loyola. At what point did you know that you wanted to pursue coaching after school? Was that planned, to go straight into coaching? How did that come about?

My goal in school was to eventually be a teacher. After my undergraduate degree I wanted to get a teacher’s credential and teach at the elementary school level. My passion in furthering my education was to become a teacher. So, I entered the School of Education to start a credential and I jumped at the first opportunity to teach by coaching football. My first job coaching was at LMU coaching the LMU Football Team. When football was dropped, I continued as a football coach at several of the local high school football programs. When the tennis coaching position opened at LMU, I applied and was hired to coach the LMU Men’s Tennis Team. It was a seasonal part-time position that I was excited about starting at my alma mater.

Did your college tennis experience as a player shape your coaching philosophy? If so, how?

How were you able without being an assistant coach to step into the role of head coach?

I believe in the team concepts of support, basically a team-first mentality that I learned playing football; coaching football helped me to understand a process that was carried over into my overall coaching philosophy. This philosophy formed into having a behavior or culture of ‘performance first’ not ‘results’ giving me a good foundation as I stepped into a head coaching role.

What do you enjoy most about coaching at the college level, and what would you say is the most challenging part?

Coaching is about relationships. I always felt that I was a people person. I enjoy being around people and interacting with them. This would be with people that I knew or did not know. I love making the most of my time I have being with the athletes on the team. A coach is the orchestrater of a learning environment where those athletes can stretch the boundaries and learn to improve upon where they are and where they want to go improving each day. The challenge lies in acknowledging that being a coach is a big responsibility. A coach takes on the responsibility of being in a position that is influential and ultimately can be a difference-maker in the lives of their athletes. You not only can make them a better athlete in their sport, but you can make them better people. We, as coaches, need to be lifelong learners and embrace the mindset of growth as the necessary process to create a learning environment.

I spent years developing as a coach and being enriched by that experience. I continued to learn many things from two perspectives: as an athletic administrator and as well as an athletic coach. Both entities are in the business of influencing and developing a process for success that does not rely solely on outcomes. I felt the effort and time that I gave to helping run a proper organization that made the athletes be an integral part of their team, their school and enabled the student-athlete to take the steps toward self-fulfillment in reaching their goals. At the time, I did feel that something was missing for me. I wanted to be directly involved with the student-athlete and I missed that being involved in athletic administrative role.

Can you take me through your progression at Marymount California University, you started the tennis programs and just finished the second shortened season as head coach of two teams: The Women’s and Men’s Tennis Teams?

The year I started, I reached out to many schools and individuals in the sport of tennis to introduce Marymount California University. I wanted everyone I talked to, to be aware of what a fine institution this would be for so many people. I wanted to show to as many as I could reach how and why this would be an opportunity for a rewarding educational experience. I was in the business of recruiting them and having a conversation that this is the place for them to be! The first year for the Tennis Program was 2018-2019. We were able to start the program where several of the players made the NAIA Tennis Rankings. In the teams second season, the MCU Women’s and Men’s Tennis Players earned NAIA National and Regional Rankings in Singles and Doubles.

What are some of the harder parts of the job? Parts of the grind of being a head coach for 45 years that people do not necessarily realize.

The parts of the job that are difficult are the same for the coach just starting out as well as the coach who has been doing it for some time. Being in touch with the student-athlete and adapting to the changes that they go through so that each day is just another step in improving as a person, and as an athlete. As coaches, we are accountable to keep our purpose and intent toward changing and improving every day. We have the rare opportunity to create a learning environment for student-athletes to improve constantly while establishing a solid character-based foundation.

Read the rest of MCU’s feature on Coach Sanchez.