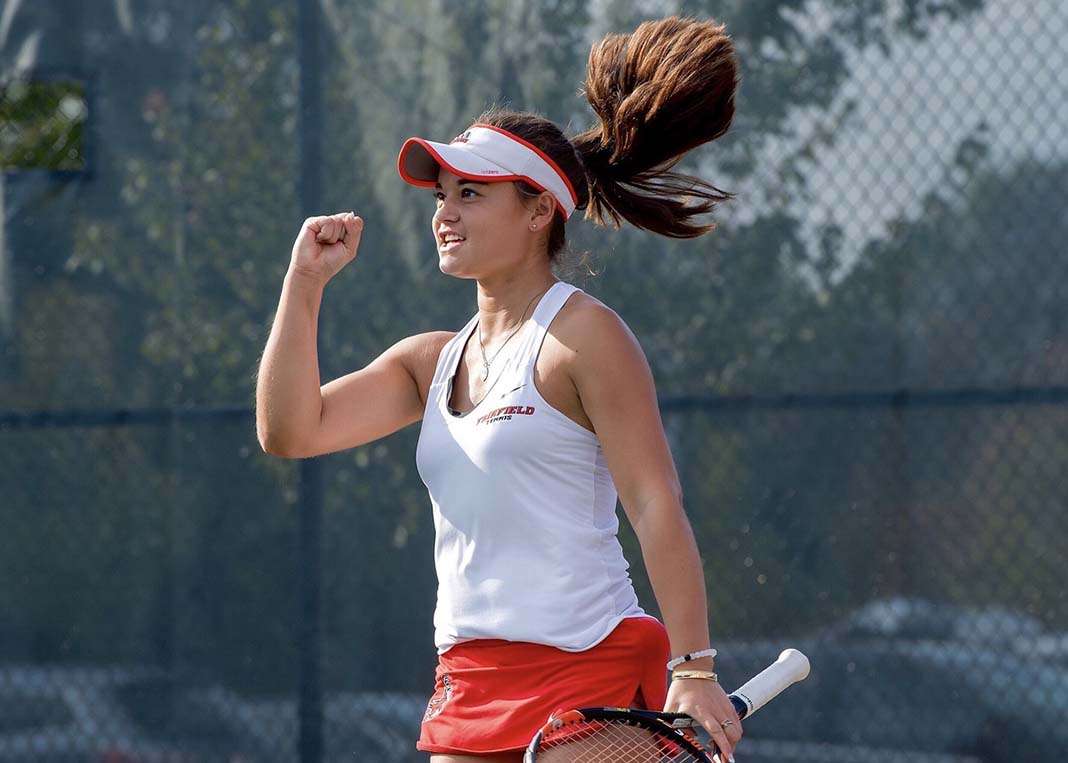 “Our idea is to use tennis as a way to gain and hold the attention of young people so that we can teach them about matters more important than tennis.”
– Arthur Ashe

For the 49 years since Arthur Ashe helped found the New York Junior Tennis League alongside Chairman Emeritus Lewis Hartman, children in New York City’s five boroughs have been exposed to the invaluable life lessons through the game of tennis. Now, two of Tennis For America’s fellows are coming alongside the NYJTL to continue to teach life lessons through tennis – and to maybe share a few of their own.

Emily Lombardi knew immediately after she read about Tennis For America that she wanted to be a part of the inaugural class. It was the next step in her long journey with tennis.

Lombardi picked up a racquet at age four, but was forced to stop after she was diagnosed with Stage III Non-Hodgkin’s Lymphoma as a young child. It wasn’t until she was 13 years old that Lombardi stepped back on the court. By that time, she had to work overtime to catch up to her peers that were practicing and training while she was battling cancer.

“Fourteen years later I’m completely cancer free and I just graduated from Fairfield University after playing 4 years of Division I tennis and winning a conference championship title with my team,” Lombardi said. “I believe anything is possible if you work hard and fight for what you want or believe.”

An unwavering work ethic is not the only lesson that Lombardi took from tennis. From time management to leadership skills to problem solving, Lombardi grew not only as a player, but as an individual on the courts.

Her experience with tennis solidified in her a belief in the use of sports to teach kids valuable life lessons.

“I will always believe in the use of sports, especially tennis, as an effective and fun tool to teach kids important life lessons that can only be learned through the struggle of the game – they can’t be taught or read about,” Lombardi explained. “These lessons/problems need to be solved by the kids themselves in order for them to learn how to succeed and overcome issues. As said by Helen Keller, ‘The struggle of life is one of our greatest blessings. It makes us patient, sensitive, and Godlike. It teaches us that although the world is full of suffering, it is also full of the overcoming of it.’”

Justin Samples’ start in tennis was made possible by free tennis clinics hosted by volunteers. Without the clinics, Samples knows he may have never been exposed to the sport.

“Volunteer work was always very important to me because it made tennis accessible to kids and families of all incomes,” Samples explained. “I’m grateful to have worked with ‘Volley Against Violence’ and ‘Serve and Connect’ programs in both Atlanta and New York City that allowed me to pursue the goal of creating opportunities and ending poverty through tennis.”

His passion for service through tennis runs deep. Samples volunteered as a tennis instructor and mentor with Volley Against Violence for four years. The community and police engagement program aims to use tennis to bring youth and police together through physical activity and relationship building.

In addition to volunteering with the Volley Against Violence program, Samples spent two years mentoring students at middle schools in the Atlanta metro area.

The NYJTL serves the children of New York City in several avenues to ensure that every child has access to children. The program serves 85,000 New York City children through their community tennis, intensive training, school time tennis, and Aces Afterschool programs.

In some cases tennis can be an outlet for children – a way for them to escape the hard realities of their life. Others may use tennis as a way to achieve their goals, such as going to college.

For Lombardi, tennis was an outlet and a path. She earned a scholarship to play tennis at Fairfield University and graduated with a degree in Information Systems.

Samples graduated from Morehouse College with honors after playing tennis for the Maroon Tigers. After graduation, he moved to New York City to work as a research scientist for Columbia.

“As someone who grew up in an NJTL program,” Samples said. “I hope to be a good example of how tennis can be used to further one’s life in ways previously unimagined.”