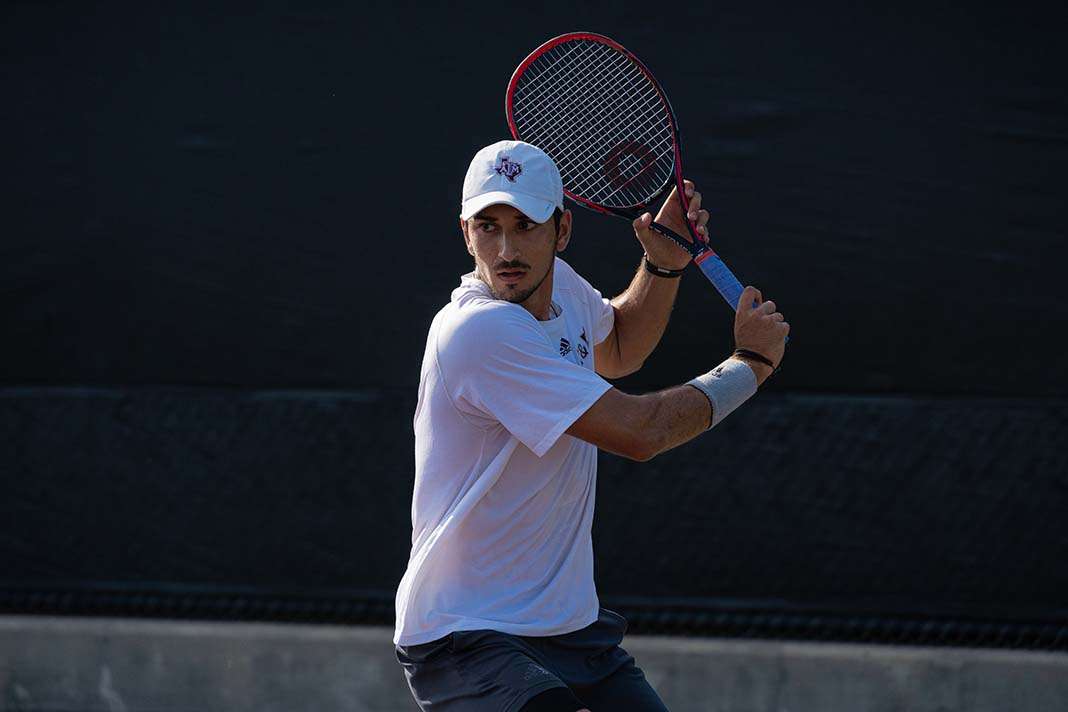 The 2020 Oracle ITA National Summer Championships powered by UTR comes to a close as a safe, socially-distanced event. The four-day tournament hosted by Texas A&M featured professional, collegiate, and junior competitors. On the final day of the tournament, four of the top collegiate players in the country were left standing.

In an impressive run, Texas A&M’s Hady Habib was able to take the title from last year’s champion, Jonathan Sheehy. Habib did not drop a set the entire Championship.

In the early morning match, the Aggie senior started out hot. Taking the first set 6-1, Habib pulled closer to dethroning the reigning champion. Sheehy fought to push the match to a tiebreaker, but was unable. Habib clinched the match with a 6-3 second set.

Habib keeps the National Summer Championship Singles title in Texas for another year. Along with the title, Habib received $2,500 in prize money, while Sheehy received $1,250 as a finalist.

The women’s singles final was an all West Coast Conference affair. Pepperdine’s Jessica Failla faced off against San Diego’s Solymar Colling. Aside from her Round of 32 match with ITA Cup champion Berta Bonardi, Failla powered through her matches in College Station.

In the finals, Failla defeated Colling in straight sets. After taking the first set 6-2, Failla’s focus locked in on the title. She resoundingly sealed the match with a 6-2, 6-1 victory.

The Oracle ITA National Summer Championships is the first ITA title that Failla has won. In addition to the title, Failla received $2,500 in prize money. Finalist Colling walked away with $1,250 in prize money.

Collegiate, professional, and junior players will not have to wait long for more opportunities to compete. The ITA Tour: Fall Circuit by UTR begins play on September 18th and will run through November 22nd. More information about registration will be available soon.

The ITA is committed to providing safe-play opportunities for players across the country. The fall tournaments will continue to only feature singles play and flights will be limited to 16 or 32 players. To ensure the highest level of competition, selections will be made based on UTR.

Applications for host sites remain open until August 16th and an announcement of the Fall Circuit schedule will be made on August 24th.