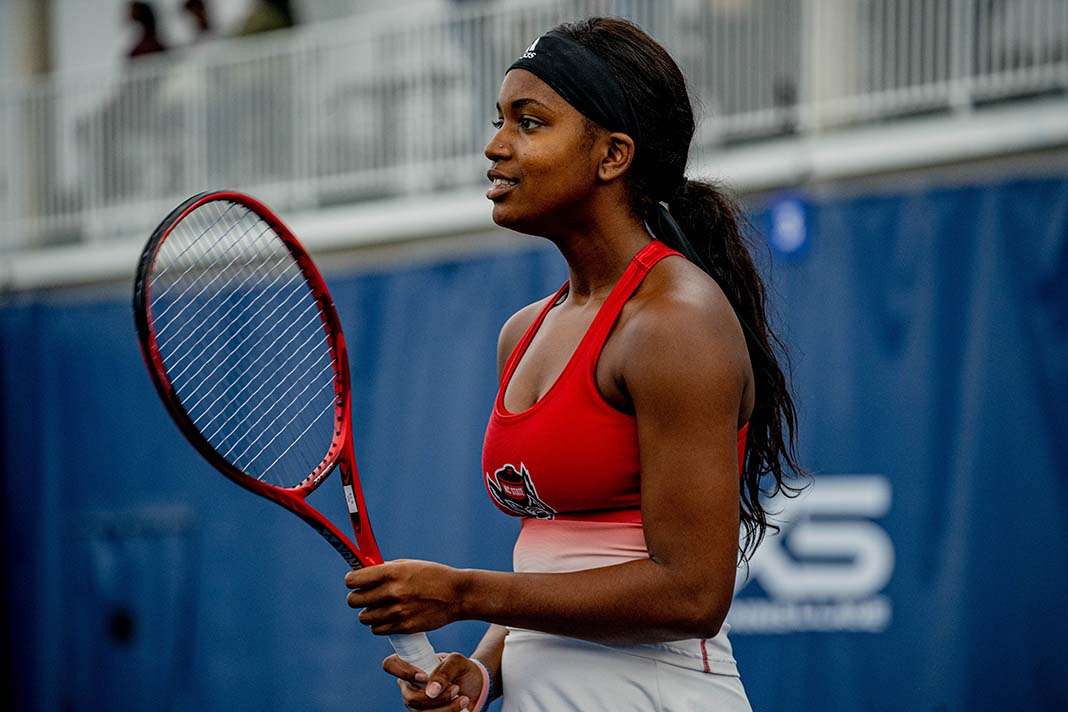 Ten Fall Circuit events spanned the country during Week Three of the ITA Tour: Fall Circuit by UTR. With competition finished for this week, we’ve pulled together the highlights.

Week three of the Fall Circuit saw champions from Division II and III along with NAIA.

At their home tournament, a Georgia Gwinnett Grizzlie walked away with the men’s title. Valentino Caratini won the tournament dropping only 11 games along the way. In the quarterfinals, Caratini met Emory’s William Coupe. The matchup between the NAIA powerhouse and No. 1 DIII program saw Caratini come out on top — 6-1, 6-2.

On the women’s side, Sydney Jackson of Hope College battled her teammate for the Mason High School Fall Circuit title. The teammates – clearly familiar with each other’s games – fought till the end. Jackson took the first set 7-5, but teammate Leah Newhof turned the tables in the second set and posted the same score. In the third-set tiebreaker, Jackson won out, 7-5, 5-7, 1-0 (10).

In Cincinnati, three of the Ohio State men’s squad made a splash. Redshirt senior Jacob Wareti, senior Tim Siebert, and redshirt sophomore Andrew Lutschaunig all competed in Week Three of the Fall Circuit. The Buckeyes put two players in the finals – Tim Siebert and Andrew Lutschaunig. Siebert only dropped five games before he met his teammate in the finals. The Championship match was an all-out battle between the two OSU players. Siebert took the first set and then dropped an extremely close second in a tiebreak. Ultimately, the senior’s experience won out and he walked away with the title.

In a tough Fall Circuit event in Edmond, Oklahoma, the University of Tulsa’s No. 4 singles player took home the women’s title. Over 55% of the players entered in the women’s draw in Edmond were collegiate players. Student-athletes represented Oklahoma State, Tulsa, Oral Roberts, Central Oklahoma, Washburn among others.

Conde Monfort matched up against three Oklahoma State players – including No. 49 Lisa Riouz – and one Tulsa player. All three of the matches against the OSU Cowgirls went to three sets — including the final match against Alana Wolfberg. Wolfberg and Conde Monfort faced each other in the OSU Fall Circuit event last month – Conde Monfort won 6-3, 6-4. In this week’s finals, the match was much closer with the Tulsa player winning 6-1, 1-6, 1-0 (4).

The Boar’s Head Resort Fall Circuit events continue to draw the top competition in the nation. In the women’s draw, 84.6% of the players had a UTR of 10 or higher. Once again the University of Virginia, NC State, and Wake Forest had a heavy contingency of their players competing. They had six, four, and three players in the draw, respectively. In the end, it came down to the two highest rated players — Virginia’s Natasha Subhash and NC State’s Alana Smith. Smith moved with ease through the draw – never dropping a set. Even against All-American Subhash, Smith won in straight sets, 6-4, 6-3. The Wolfpack have now won both women’s draws at the Boar’s Head events – teammate Anna Rogers took home the title in Week One.

In Ojai, the Weil Tennis Academy Fall Circuit event saw over 100 players compete. In keeping with strict safe play guidelines, draws were limited to 32 players a piece. As a result, two flights were played for both the men and the women. The women’s draw featured UC Santa Barbara players Camille Kiss and Lise Sentenac. Five-star recruit Maxi Duncan walked away with the trophy for the women. On the men’s side, four-star recruit Jake Vassel moved through the draw without dropping a set.

Checkout the rest of this weekend’s results and register for upcoming tournaments here!