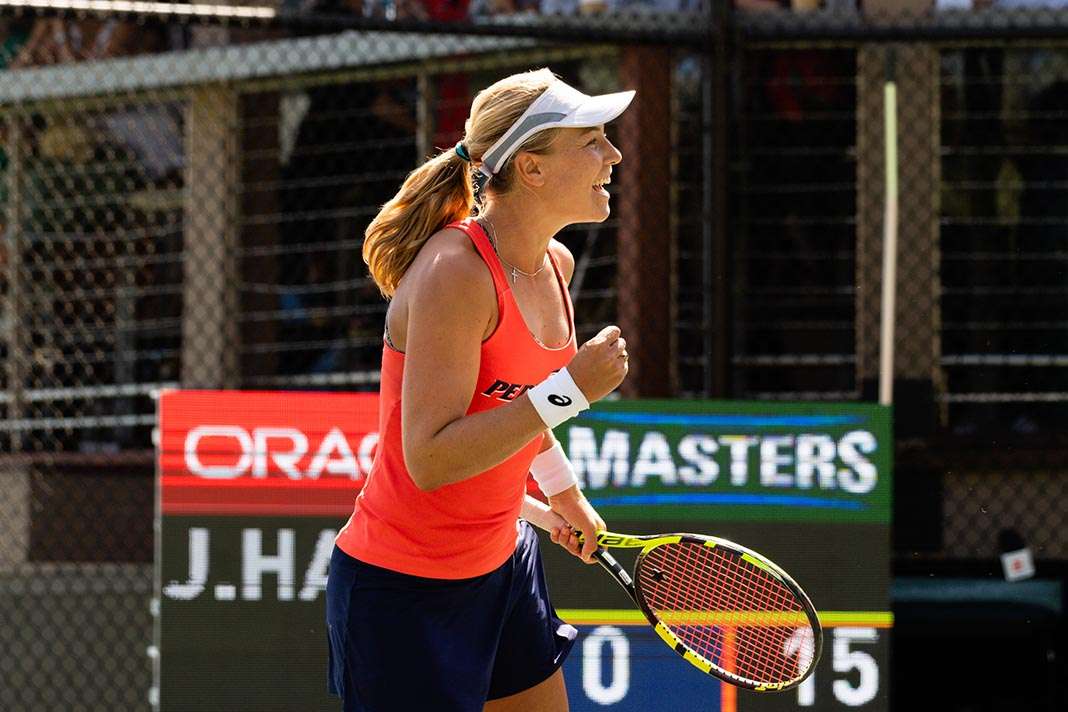 ESPN will exclusively televise the Oracle ITA Masters by UTR men’s and women’s finals on Sunday, October 11th, 2020. An alternate presentation of the event will air live on ESPN3.

Bryan Fenley and Mark Bey are no strangers to college tennis, with Mark having played at DePaul and Bryan having been a sportscaster for years.

Mark Bey has served as one of the lead analysts in college tennis for College MatchDay since 2014. He’s called over 25 regular season and conference championship contests, working alongside industry stalwarts such as Kevin Corke, Sam Gore, Jimmy Arias, and Patrick McEnroe. One of the top junior developers in the country, Mark resides in Chicago. Mark is the founder and director of the Care Academy and the Championship Tennis Academy in Glenview, Illinois.

Bryan Fenley is currently a tennis play-by-play broadcaster for ESPN and has been since November of last year. Bryan is also a national radio anchor for Fox Sports LA as well as a US Open and BNP Paribas Open court announcer. Bryan has a wealth of experience in the tennis industry. He was on the call for the 2019 Oracle ITA National Fall Championships alongside Marc Lucero.

About the Oracle ITA Masters by UTR

Now in its sixth year, the Oracle ITA Masters by UTR traditionally features the country’s top NCAA Division I players in 32-player men’s and women’s singles draws and is the only collegiate event to showcase a mixed-doubles draw. Due to COVID-19 complications, this year’s event will feature high-performance junior, collegiate, and professional players in a singles-only format. The field will remain a 32 singles draw; however, selections for the event are based strictly on Universal Tennis Rating.

The Oracle ITA Masters by UTR is a premier event in the ITA Tour: Fall Circuit by UTR. As with the Oracle ITA National Summer Championship, Oracle and the ITA will, once again, provide a cash purse for the championship. The $20,000 purse will be split evenly between the men and women.

The prize money will be awarded as follows: