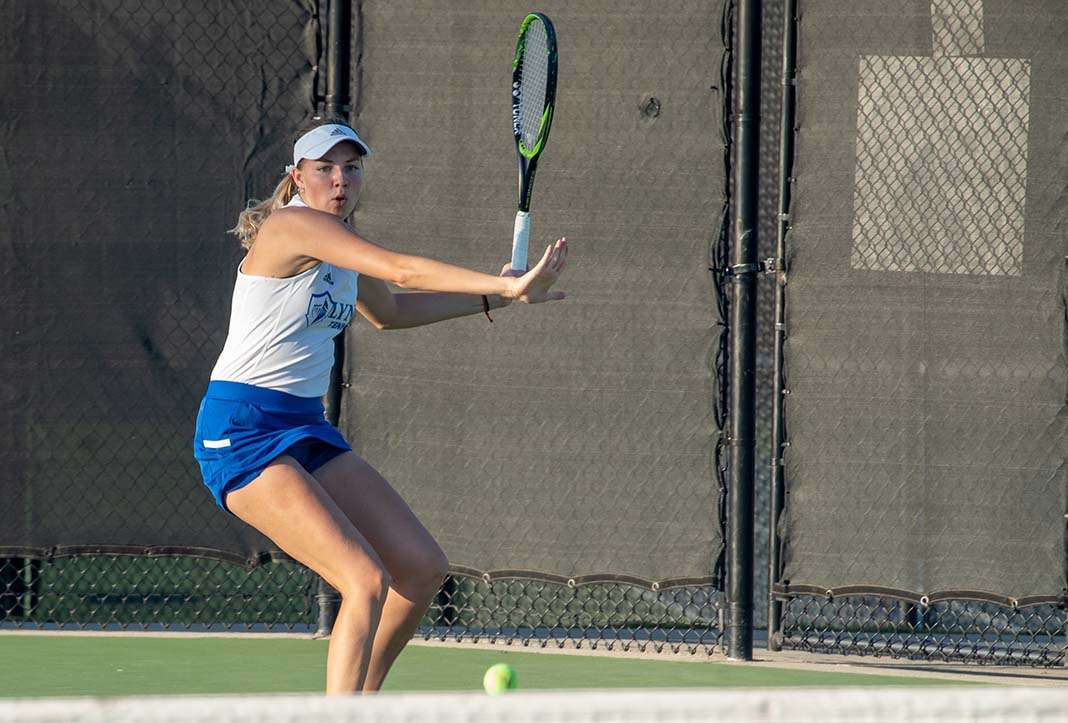 The Eckerd College women’s tennis team has had an outstanding history on and off the court. The team, led by Ben Maxwell, has won the William J. Mathews Academic Excellence Award for the last five academic years, including the 2019-2020 academic year. The award is given to the university’s best academic team.

Follow Eckerd to see where your UTR stacks up!

Throughout the years, the PBA Sailfish have made some noise regionally as well as nationally. In their historic 2010 season, the women were reached the NCAA Regional Tournament for the first time in program history. Additionally, they won their first-round matchup over Delta State (Miss.) University to secure PBA’s first ever NCAA postseason victory. In 2012, the Sailfish collected another milestone by being crowned the National Christian College Athletic Association (NCCAA) champion – their second NCCAA national title.

Follow Palm Beach Atlantic to see where your UTR stacks up!

The Rollins women’s tennis team has been led by one of the all-time greats, Beverly Buckley, since 1986. She earned her 500th career victory in 2019 and currently sits at an impressive 502-267 win-loss record. The Tars competed in the NCAA Tournament 20 consecutive seasons. Buckley’s program has also produced 21 ITA All-Americans.

Follow Rollins to see where your UTR stacks up!

ERAU recently made the jump into the Sunshine State Conference after leaving the NAIA and becoming a NCAA Division II program. In the past, the Eagles reached the semifinals of the NAIA Team National tournament. Moreover, two of their doubles tandems won the NAIA Doubles National Championships in 2010 and 2013. Due to their outstanding GPA of 3.7 throughout the 2019-2020 academic year, the team received its sixth straight ITA All-Academic Team Award.

Follow Embry-Riddle to see where your UTR stacks up!

The Saint Leo Lions have a history of success on the tennis court. The women’s team has reached multiple NCAA Final Fours with the latest one being 2016. Additionally, during the 2019-20 season, the Lions were ranked as high as No. 6 in the nation. Saint Leo has produced some of the finest players and has garnered seven ITA All-American distinctions. The last one was handed to standout player Marta Vicens Miquel in 2020.

Follow Saint Leo to see where your UTR stacks up!

The FSC Moc’s have a rich history throughout their women’s tennis program. The ladies finished 5th twice at the NCAA tournament, garnered 11 Sunshine State Conference titles, and appeared 17 times in the NCAA postseason. Moreover, the team produced 15 ITA All-Americans. As students, the Moc’s were honored with thirteen ITA All-Academic Awards.

Follow FSC to see where your UTR stacks up!

Since 1999, the Tampa Spartans have excelled in the classroom and never dropped their Team GPA below a 3.0. The Spartans have produced one ITA All-American — Ekaterina Grib. Grib was named an All-American after the 2020 season and was also named the Division II South Region Player to Watch. Their most accomplished tennis player in UT history was Judy Alvarez in the 1960’s. Alvarez attended Wimbledon and her biggest victory in professional tennis came over Hall of Fame player Billie Jean King.

Follow Tampa to see where your UTR stacks up!

The NSU Sharks installed the women’s tennis program in 1987. Soon after, the team played a crucial role on both the regional and national stages. Nova appeared at seven NCAA tournaments within the last 15 years and their best ranking just appeared during the shortened 2020 season, coming in at No. 3 nationally. Academically, the Sharks have excelled in recent years, placing at least three student-athletes a year on the ITA Scholar-Athlete list.

Follow NSU to see where your UTR stacks up!

The Barry Bucs are currently the hottest team in the NCAA Division II after winning three consecutive NCAA Team Championships from 2017 to 2019. The team has appeared in four more national championship matches, winning two of those in 2014 and 2011. Head Coach Avi Kigel, took over the program and turned into a powerhouse immediately. Individually, the school produced 56 All-Americans throughout the years. While being successful on the court, the team strived in the classroom as well and received 82 ITA Scholar Athlete Honors.

Follow Barry to see where your UTR stacks up!

Lynn University gained national attention by being a perennially successful team in the NAIA until 1996 and now in Division II. Since joining the NCAA in 1997, the team has already received more than 50 All-America honors. Moreover, they produced three National Player of the Year Award Winners. Collectively, the Fighting Knights have won three NCAA Championships under Hall of Fame coach Mike Perez.

Follow Lynn to see where your UTR stacks up!

Interested in learning more about the teams in the Sunshine State Conference? Check out our Division II Women Teams page to connect with them on social media and learn more!