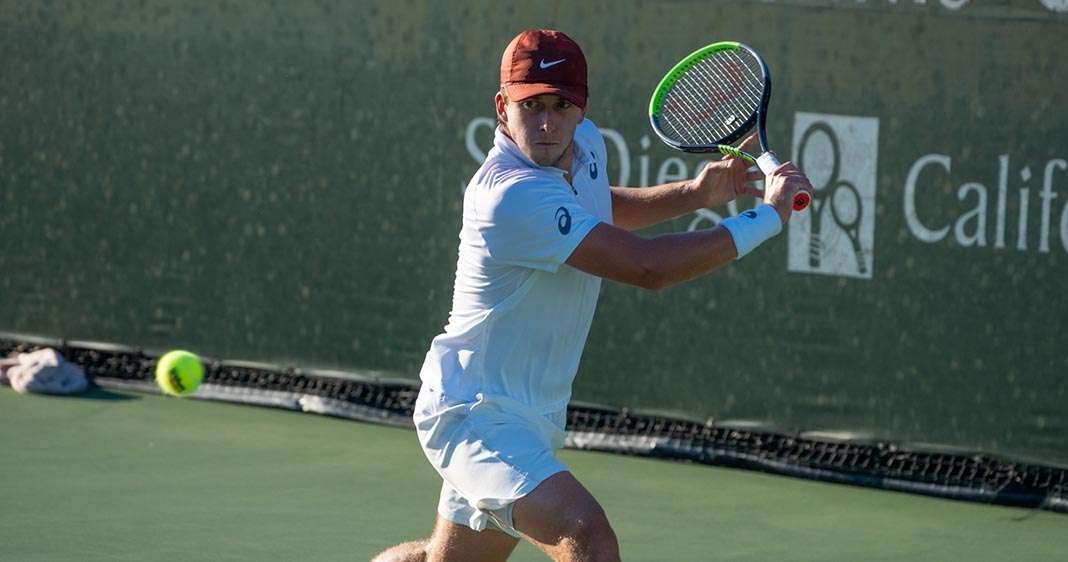 Experience versus youth was on display during the men’s championship at the Oracle ITA Masters by UTR in San Diego. Former USC star and 2017 Masters champion Brandon Holt met Ohio State standout and ITA Rookie of the Year Cannon Kingsley on the stadium court of the Barnes Tennis Center.

From the start, Holt’s history with the Masters was apparent. He was relaxed on the court and Kingsley had few answers for his play.

The former Trojan sped through the match to win in straight sets in an hour flat. Holt jumped out to a two game lead as the match began, but Kingsley did his best to remain close. The sophomore ITA All-American pulled within one after the first five games. However, that did not last for long.

Unlike during the women’s final, Holt did not have issue holding serve on the clubhouse side of the stadium court. He took the first set 6-3 and never looked back.

Holt rode his momentum from the first set well into the second. Working methodically across the court, Holt put up five games on Kingsley before the Buckeye got on the board. The sophomore saved two match points to win the sixth game of the second set.

That was all though for Kingsley. Holt scored four consecutive points and won as Kingsley’s return went long. Holt took the match 6-3, 6-1.

Holt becomes the first champion in Masters history to win the event twice. His victory continues the Trojans’ domination of the championship. The past four champions have played for USC. Kingsley’s appearance in the finals was a first for Ohio State.