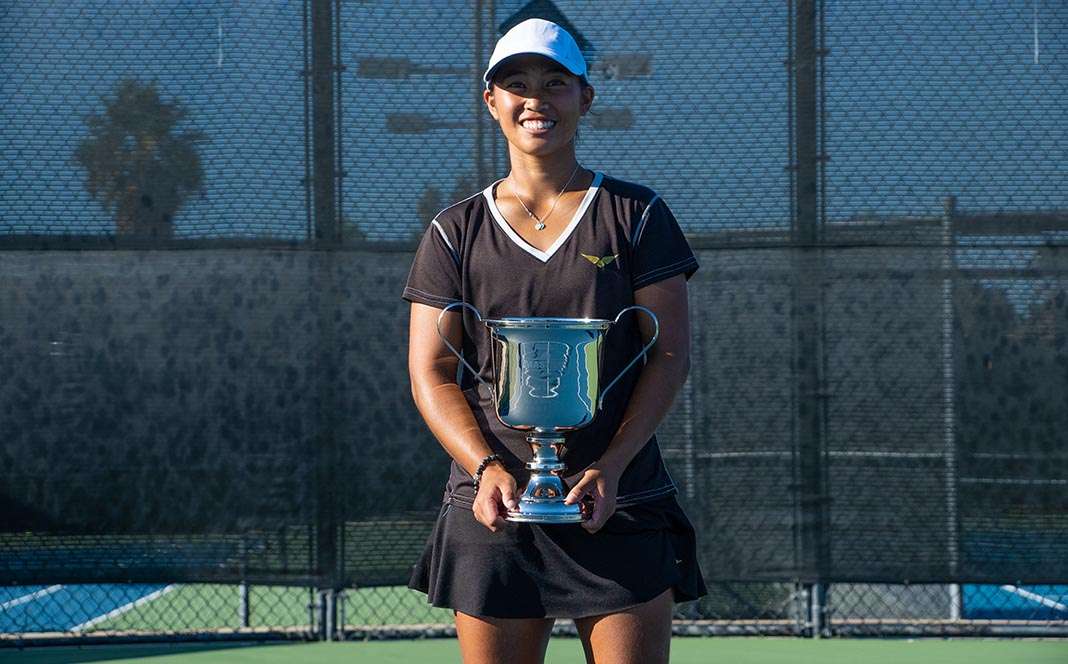 Without taking into consideration the unusual circumstances surrounding the sixth edition of the Oracle ITA Masters by UTR Women’s Singles Championships – and college tennis in general – the matchup between USC’s Angela Kulikov and Eryn Cayetano was historic.

Kulikov and Cayetano are the only teammates in Masters history – men and women – to face each other in the championship match. What’s more, the Trojans have not put a women’s player into the finals in the history of the event.

At the Barnes Tennis Center, the Women of Troy began their battle shortly after 2 PM PT on ESPNU. Fifth-year Kulikov started off hot against her doubles partner taking the first three games before Cayetano began to work her way back into the match.

Both athletes struggled on the clubhouse side of the stadium court as they were battling into the wind. With the wind in her favor, Cayetano saved three set points in the first set, but at deuce returned the ball into the net to put her teammate up one set.

The USC sophomore quickly put the first set behind her, taking the first two games before Kulikov answered with two games of her own. After that, it was all Cayetano. Cayetano’s confidence grew as the second set went on and she shut out Kulikov to force a super tiebreaker.

Both finalists won tiebreaks earlier in the tournament — three for Cayetano and one for Kulikov. The third set saw the momentum swing back and forth. The senior Trojan saved a match point at 10-9, but ultimately Cayetano’s recent experience in tiebreaks prevailed. An extremely competitive tiebreak ended with a double fault by senior Kulikov.

Cayetano took the championship match 3-6, 6-2, 1-0 (10). Eryn Cayetano is the first women’s USC player to win the Masters and the third player from a Southern California school.