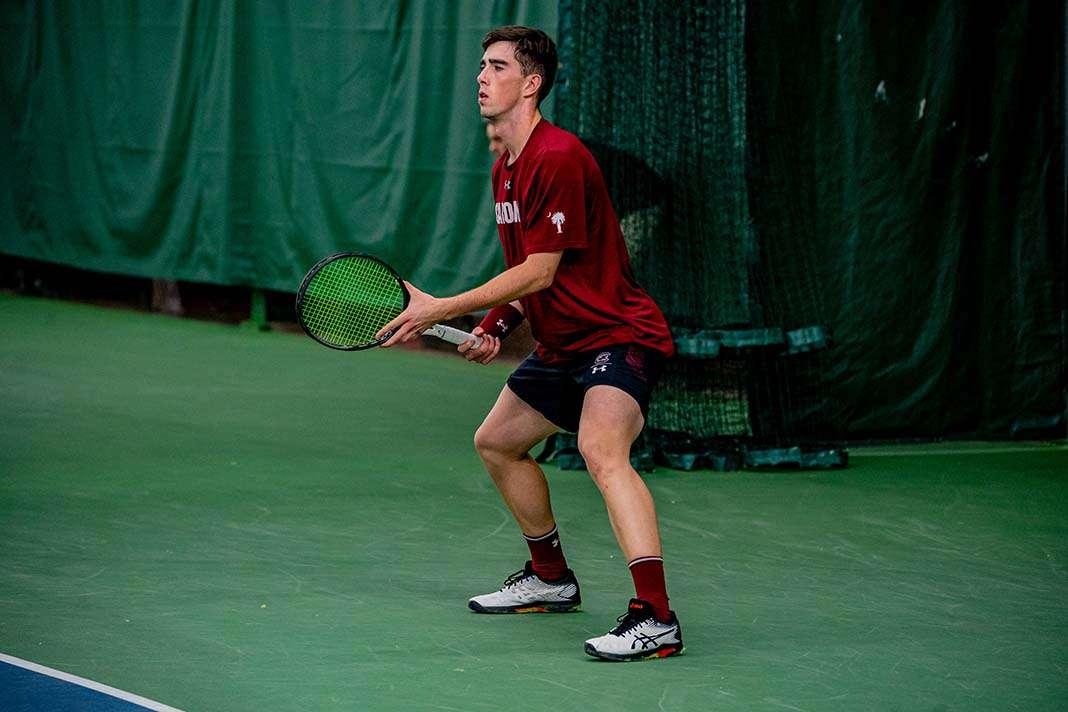 We are officially half way through the ITA Tour: Fall Circuit by UTR. Throughout the first five weeks of safe-play competition, we have seen talented players from the collegiate, professional, and junior ranks take home titles.

Entry into Fall Circuit events is based on UTR and the competition is fierce. We are taking a look this week at the top five men and top five women rated by UTR.

Former Georgia Bulldog Nathan Pasha downed three South Carolina Gamecocks en route to the Smith Stearns Fall Circuit finals. Pasha currently plays on the ATP Tour and has a career high ranking of No. 507. The No. 1 seed moved through his first two matches with ease, but met resistance in the quarterfinals. Indiana alum Thomas Richter pushed Pasha to a third set for the first time during the tournament. After surviving the upset push by Richter, Pasha soundly defeated South Carolina junior Beau Pelletier. However, the No. 1 seed and top overall UTR player was unable to work his way into his finals match with South Carolina’s Connor Thomson and fell in two sets, 4-6, 3-6.

In his first year competing in college tennis, Washington’s Clement Chidekh is off to a hot start. At the Bellevue Seattle Fall Circuit event, he reached the finals after downing all of his opponents in straight sets. Of note, he defeated Eastern Washington’s Martin Bats and Georgia commit Thomas Paulsell. Chidekh met his teammate, Han Chih Lin, in the finals of the event.

In a Gamecock heavy singles draw, sophomore Connor Thomson emerged from the Smith Stearns Fall Circuit event victorious. Thomson matched up with No. 1 seed Nathan Pasha in the finals and swiftly took care of business in two sets. Thomson faced the most resistance in the semifinals when he faced Arkansas commit Jake Sweeney. After a tough first set that went to Thomson, Sweeney roared back to even the match with a 6-1 second set. Ultimately, Thomson’s greater experience prevailed and he took the match in the tiebreaker. Up to the semifinals, Thomson faced little opposition and only dropped six games.

Han Chih Lin is one of two Washington Huskies to reach the finals at the Bellevue Seattle Fall Circuit event. The Fall Circuit event is the first tournament he has played for the Huskies since coming from Taipei. Lin competed on the Taipei Davis Cup team. En route to the championship, Lin was not tested until he met fellow Husky Jack Davis in the semifinals. Davis plays at No. 1 singles and reached a career high ranking of No. 45 in the Oracle ITA Rankings last season. Davis came close to pushing his new teammate to a third-set tiebreaker, but was unable to hold on in the second set, 6-3, 7-6 (9).

Georgia Tech’s Keshav Chopra made his deepest run yet in the ITA Tour: Fall Circuit by UTR. The freshman reached the finals of the Lifetime Athletics tournament this weekend, but still couldn’t capture the illusive singles title. Chopra met South Carolina’s Jake Beasley in the championship match, but was unable to win a set. The Gamecock junior was the second South Carolina player to take home a title this weekend.

At the competitive Smith Stearns event, blue-chip recruit Allie Gretkowski blazed through the competition to reach the finals. Through her first four matches she only dropped 15 games – including her match against Wake Forest’s Peyton Pesavento. In the championship match, Gretkowski went toe to toe with professional Kylie Mckenzie. Gretkowski took the first set in a tiebreak, but Mckenzie forced the tiebreaker. Ultimately, Gretkowski walked away with the title.

Pro player Kylie Mckenzie started off the Smith Stearns tournament strong by blanking Furman junior Eva Borders in the opening round. Mckenzie continued her strong start through her next two matches taking both in straight sets. In the semifinals, she battled with blue-chip recruit Piper Charney. Charney has become a familiar name competing in several summer and fall circuit events this year. The junior kept her title dreams alive by pushing Mckenzie to a third-set tiebreak, but ultimately the senior player won out, 6-3, 5-7, 1-0 (3). Mckenzie fell in the championship to the top rated women’s UTR player this weekend — Allie Gretkowski.

After falling in the quarterfinals of the Oracle ITA National Summer Championships to San Diego’s Solymar Colling, professional Rhiann Newborn competed once again in an ITA Circuit event. This time, though, Newborn walked away with the title and the money. Throughout the weekend, she only dropped seven total games and posted two perfect sets.

No. 3 seed Anna Brylin was ousted from the main draw of the Smith Stearns Fall Circuit event in the first round by Furman’s Maryann Rompf. Brylin was overwhelmed by Rompf and lost two close tiebreakers in her first match. In the back draw, the Wake Forest junior bounced back — she defeated her first three opponents in straight sets and only dropped nine total games. In the finals of the back draw, Brylin withdrew and Mia Yamakita took the W.

At the College Park Athletic Club Fall Circuit tournament, Brown’s incoming freshman Ali Benedetto posted a perfect weekend. Competing in three matches, Benedetto won them all in straight sets. The freshman flexed her muscle in the second round by posting a 6-1, 6-1 victory over Purdue University Northwest’s Patricia Marie Dizon. Before committing to Brown, Benedetto was a four-star recruit out of Illinois.

Check out the rest of the action from Week 5 of the ITA Tour: Fall Circuit by UTR!