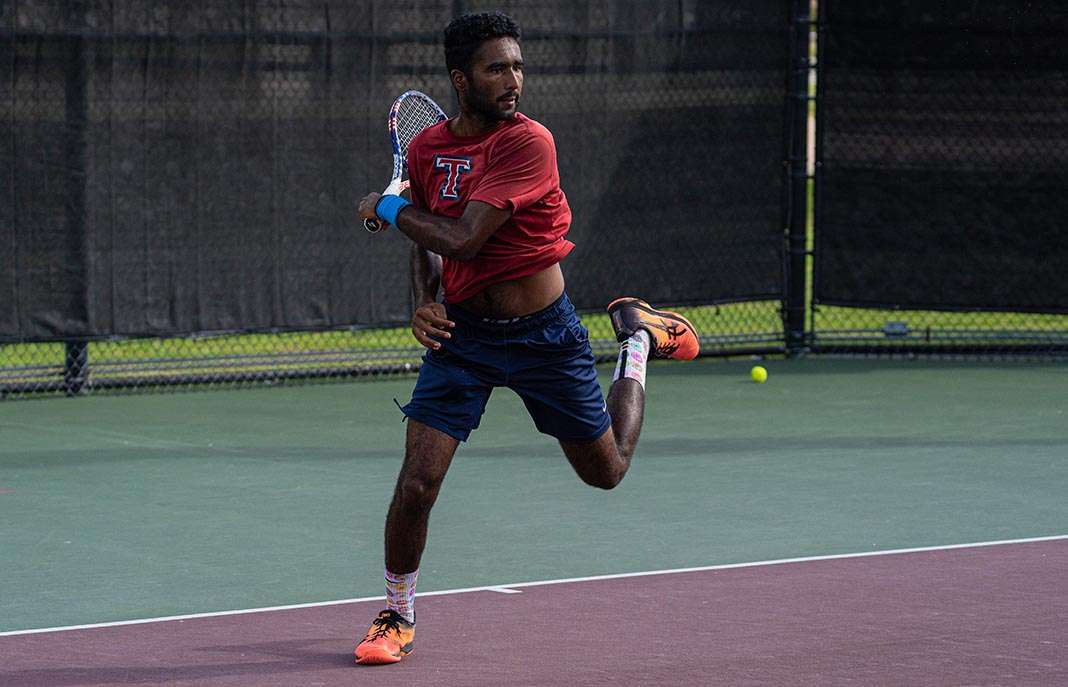 Thirteen Fall Circuit events spanned the country during Week Six of the ITA Tour: Fall Circuit by UTR. With competition finished for this week, we’ve pulled together the highlights.

With the regular fall tennis season disrupted by the pandemic, several Big 10 programs are taking advantage of the ITA Tour: Fall Circuit by UTR. This weekend of play saw large contingents from the Minnesota and Wisconsin men’s programs and the Nebraska women’s program.

The Huskers headed 277 miles south to test their mettle in the Wichita State Fall Circuit tournament. Out of the top 13 players in the women’s draw, seven were part of the Nebraska program. The trek proved worthwhile as two Huskers made the semifinals of the competitive event – Claire Reifels and Kristina Novak. Novak would go on to win the event downing junior Zoe Hammond in straight sets. Hammond is no stranger to Fall Circuit Finals as she took home the title in Wichita State’s Week Two event.

In Minnesota, the men’s only Fall Circuit even was packed with Badgers and Golden Gophers. Out of the top 15 players in the men’s draw, 11 were from one of the two Big 10 schools. The Gophers and Badgers pushed the competition to a new level. The top 15 players all had a UTR of 11 or higher. Ultimately, Gavin Young, son of Minnesota Head Coach Geoff Young, took home the title. Young faced Wisconsin’s No. 2 Gabriel Huber in the finals. Huber tried to push the match to a third set, but fell just short in the second-set tie break.

Two titles were up for grabs in Texas this weekend and they both were claimed by in-state college student-athletes.

In the women’s draw, University of Houston senior Phonexay Chitdara reigned supreme. The King Daddy Sports Fall Circuit event was her first tournament back in the United States since March 7th. The Cougars No. 3 began and ended the tournament the same way — by blanking her opponent. Her quarterfinal and semifinal matches proved tougher — both going to tiebreakers in the third. Chitdara downed ITA All-American Ashley Penshorn in the finals, 6-0, 6-0.

Anish Sriniketh continues to show why he earned a spot in the Texas A&M program. The St. Edwards University transfer won his second ITA Tour: Fall Circuit by UTR title in the past two months. Sriniketh defeated his teammate Perot in the opening week of the Fall Circuit. Sriniketh breezed through his opening two rounds, but then met tougher competition. His final two matches were pushed to the third set with tiebreakers in the second. This morning Sriniketh faced University of the Incarnate Word alum Gabriel Evans for the title.

In Lawrenceville, Georgia, the Lander Bearcats stole the show and put Division II tennis on display. Out of the top 14 players, four were from the Lander program. All four of those players reached the quarterfinals and three advanced to the semifinals. Freshman Erler reached the championship without dropping a set, while teammate Nathan was challenged by Anderson University alum Ignacio Bidegain in the semifinals. Nathan won in a third-set tie break over the tournament’s top rated UTR player. The two Bearcats elected not to play the championship match as inclement weather pushed back the schedule. Regardless, the tournament was an opportunity for the student-athletes to compete since Lander is not expected to compete as a team again until the first weekend of February.

With Division III fall competition far and few between, the Kingsmill Resort Fall Circuit tournament offered a welcome chance for many collegiate players to get on the court. Christopher Newport senior Scotty Hunter emerged from the competition victorious. Hunter did not drop a set the entire tournament despite having a difficult road to the championship. He faced Washington and Lee’s Christian Basnight and University of Mary Washington’s Peter Leese and Cole Tecce. This weekend’s tournament was a steady improvement for Hunter from the Week Four tournament at Kingsmill where he was pushed to a third set twice.

Dartmouth alum and tennis pro Taylor Ng secured her first ITA Tour: Fall Circuit by UTR title this weekend. Competing at the West Virginia University event, Ng met West Virginia freshman Momoko Nagato in the finals after defeating her previous opponents in straight sets. The unseeded freshman also advanced to the finals without dropping a set. After taking the first set easily, Ng found herself in a tiebreak in the second set. Despite Nagato’s best attempts, Ng was able to secure the championship. This is the third Fall Circuit event that Ng has competed in. She is currently ranked No. 822 in singles.

Check out what else happened in Week Six of the Fall Circuit!