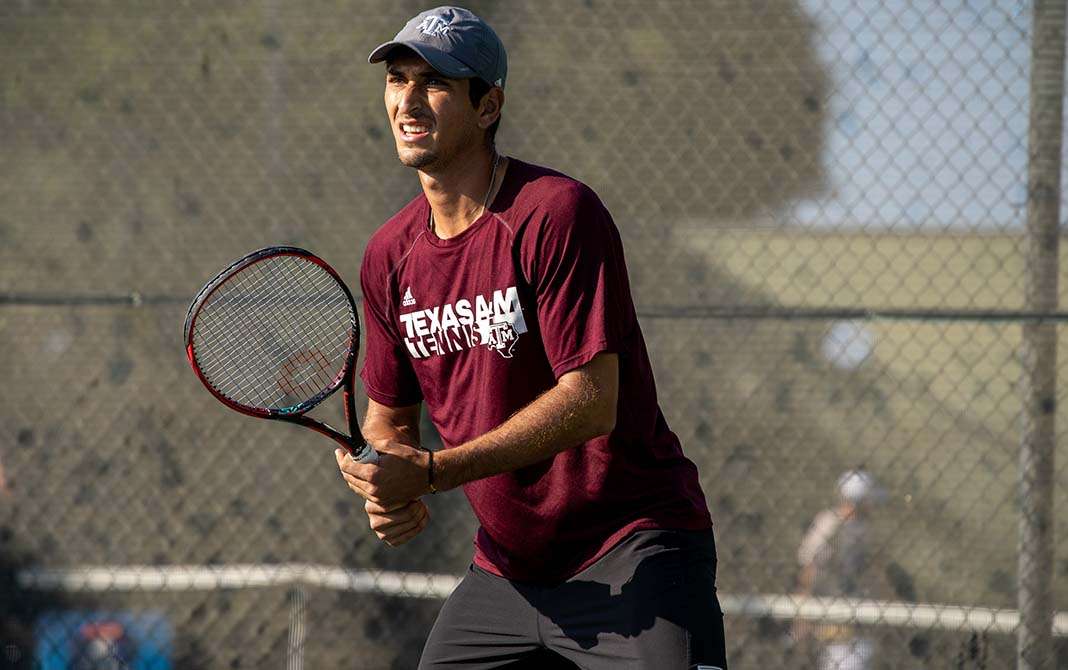 The Vanderbilt Commodores have been a mainstay within the the ITA Rankings and made consistent appearances in the NCAA tournaments. Throughout the past 14 seasons, the ‘Dores have attended the NCAA Team tournament 11 times. Their highest ever national ranking was achieved in 2003, claiming the No. 2 spot in the nation. While he was a Vanderbilt student-athlete, current Auburn Head Coach Bobby Reynolds was named NCAA Tournament MVP after reaching the NCAA finals in 2003. During his collegiate tenure he became the top-ranked player in the nation. In the classroom, the team excels as well being named to the top 10% for their academic achievements by the NCAA.

Follow Vanderbilt to see where your UTR stacks up!

The Arkansas Razorbacks built prestigious home facilities to help the team build their powerhouse status in the SEC. Six former Razorbacks have won individual ITA and/or NCAA Championships, while earning an additional 39 ITA All-American Awards. The program’s most successful player is Marcus Hilpert, earning a career-high No. 5 Oracle ITA singles ranking. After graduating, he went on to play professional tennis and reached his best ranking at No. 141 in the ATP doubles rankings. Lastly, the team has had three Arthur Ashe Award Winners as well as a two-time central region recipient of the Rafael Osuna Sportsmanship Award.

Follow Arkansas to see where your UTR stacks up!

The Auburn Tigers have always a force to be reckoned with. Former Tiger standout Andreas Mies, who won the ITA All-American Championship in doubles and was ranked as high as No. 2 in the Oracle ITA doubles rankings, recently accomplished a feat not many have before him. Mies and his doubles partner Kevin Krawietz recently won back-to-back French Open titles. The Tigers’ winningest season in recent history came in 2012 when they won 18 matches against strong national and SEC foes.

Follow Auburn to see where your UTR stacks up!

The LSU Tigers have produced some of the finest tennis players in the world. There are currently six former LSU players on the ATP Tour, with three of them being ranked within the Top 100 in the world. Michael Venus became the first Tiger in history to win a Grand Slam lifting the French Open trophy in 2017. Current Co-Head Coach Andi Brandi, who leads the team with his son Chris, is an absolute legend in the college tennis game. He collected three national championships and six ITA National Indoor Championship titles prior to joining the Tiger family in 2017. His son Chris was a former standout for the Florida Gators where he earned ITA All-American honors. Afterwards, he went on to play professionally and played in the Davis Cup for Puerto Rico. Under the helm of the two, LSU earned a top-20 ranking and was named the 14th best recruiting class in the nation — the highest in program history.

Follow LSU to see where your UTR stacks up!

Since being founded in 1949, the Alabama Crimson Tide has won a total of 902 matches. The Crimson and White has appeared in 19 NCAA tournament appearances and won 14 matches in NCAA tournament history. The team has 19 All-American of their own and an additional 38 singles qualifiers and 24 doubles qualifiers. Within the SEC, the program had 42 players elected to the All-SEC on 82 occasions.

Follow Alabama to see where your UTR stacks up!

The Ole Miss Rebels men’s tennis program has a proud history. Out of their 27 ITA All-Americans, Mahesh Buphati is arguably the most accomplished Rebels tennis players. He was the first ever Ole Miss player to win a national doubles title and achieved a No. 1 national ranking. After his illustrious collegiate career, Buphati went on to become the top-ranked doubles player in the world. Additionally, he went on to play in all four Grand Slam tournaments in a single calendar year — winning the French Open and Wimbledon. Out of the program’s 27 NCAA appearances, their best ever result came in 1995 when they reached the NCAA team finals.

Follow Ole Miss to see where your UTR stacks up!

The South Carolina Gamecocks have been a fierce competitor within the SEC over the years. Historically, the program has reached the NCAA tournament 24 times and recorded 16 wins in the tournament. Their best ever team finish was their run to the NCAA semifinals in 1989. Moreover, the program reached the Sweet Sixteen six other times. In 2019, Paul Jubb became the first ever Gamecock to win the NCAA singles title as well as achieving a record 11 SEC wins in a single season. Jubb represented himself and the Gamecock family in a bright light. He won the Rafael Osuna Sportsmanship Award and Arthur Ashe Leadership Award for his outstanding sportsmanship.

Follow South Carolina to see where your UTR stacks up!

The Mississippi State Bulldogs have won six SEC championships. Nuno Borges is the latest player to find success from the Bulldogs program. He won the ITA Fall Championships and reached the NCAA singles finals. Mississippi State’s first ever NCAA title was collected by the doubles duo of Laurent Miquelard and Joc Simmons in 1994. During the same season, the program reached the NCAA semifinals and achieved their highest ever team ranking, No. 3. In 1998, the Bulldogs had another strong showing during the NCAAs and repeated the semifinal result from four years prior.

Follow Mississippi State to see where your UTR stacks up!

The Tennessee Vols have built one of the most exciting programs in the country over the years. The team has picked up outstanding players that eventually go on and have an impact in the tennis industry. One of them is Paul Annacone, who collected 115 singles wins while playing for the Vols. After his time in Knoxville, he became one of the most famous tennis icons coaching Pete Sampras and Roger Federer to multiple Grand Slam titles. In 1990, the Vols recorded their highest winning percentage ever — 97.1%. During the same season, the team would put together a 34 consecutive match winning streak and advanced to the NCAA finals before falling to Stanford.

Follow Tennessee to see where your UTR stacks up!

The Kentucky Wildcats have had a remarkable last decade on the court, most of it was build under the helm of current Head Coach Cedric Kauffman. As a player, the three-time ITA All-American was inducted into the UK Athletics Hall of Fame becoming the first tennis player ever to receive the honor. In 2005, he started coaching as an assistant for the his alma mater. In 2011, the Wildcats had their winningest season yet — collecting 29 victories. In 2012, the squad went undefeated in SEC play and gained their second conference title ever. From 2008 to 2012, the Wildcats had their best ever four-year stint winning 100 matches.

Follow Kentucky to see where your UTR stacks up!

The Georgia Bulldog men’s tennis team has a long history on the Athens campus. Throughout its history, UGA has captured six national championships and two national indoor titles. Fifty-one Bulldog players were awarded with 96 ITA All-American honors. The team has made 39 NCAA tournaments. Individually, nine championships were captured by current and former players like John Isner, Mikael Pernfors, and Matias Boeker. Academically, Al Parker won the 1991 Academic All-American of the Year Award. A host for many NCAA tournaments, the UGA complex holds the record for most attendance in college tennis history — counting 34,184 spectators during the 1993 NCAA championships.

Follow Georgia to see where your UTR stacks up!

The Texas A&M Aggies have made a name for themselves beyond the boundaries of their home state. Their best season as a team came two years ago when the 2018 squad reached the Final Four of the NCAA tournament. Since 1994, the Aggies have continuously attended the NCAA Tournament — making one Elite-Eight and nine Sweet 16 appearances. During conference play, the program has won 10 titles between the three conferences it has competed in. Head Coach Steve Denton, a former ITA All-American and U.S. Open doubles champion himself, became the all-time leader in program history for postseason wins.

Follow Texas A&M to see where your UTR stacks up!

The Florida Gators are a tennis powerhouse. Since 1991, the Gators have reached the NCAA tournament every year compiling a 55-29 record in NCAA play. The team also has 57 ITA All-American Awards collected by 30 members of the program. In SEC play, the Gators have won six regular championships while winning an additional four SEC tournament titles. During individual tournaments, their players won three NCAA singles and doubles titles while also collecting two ITA All-American doubles championships. In 2014, the team was selected as an ITA All-Academic team.

Follow Florida to see where your UTR stacks up!

Interested in learning more about the teams in the SEC? Check out our Division I Men Teams page to connect with them on social media and learn more!