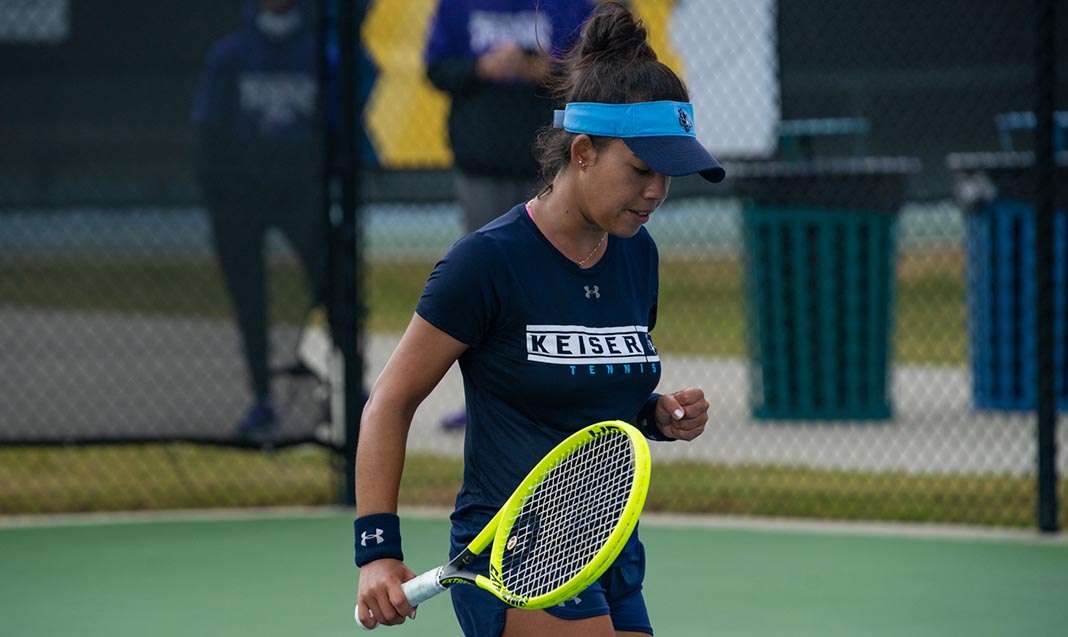 The Webber International Warriors are a valuable asset on campus. In 2020, the ladies received the ITA All-Academic Award as a team for the second year in a row while also being honored as the NAIA Scholar-Team. Head Coach Otis Cutshaw helped the women’s team reach the Sun Conference tournament for the first time in seven years in 2019, while also leading the program to its highest win total in program history.

Follow Webber International to see where your UTR stacks up!

The Warner Royals are fierce competitors in the NAIA and NCCAA. Current Head Coach and former standout player Jose Martinez is the winningest coach in program history with 101 victories. Additionally, his players have achieved the highest national and regional rankings in program history. In the classroom the Lady Royals were at the top of the Sun Conference, coming in ranked 17th in the NAIA with a 3.67 Team GPA in 2012.

Follow Warner to see where your UTR stacks up!

The Coastal Georgia Mariners have built a platform to help student-athletes succeed on and off the court. Over the years, the program has collected three All-American honors. During the 2013 and 2014 seasons, the team made consecutive trips to the national championship tournament. During their historic 2014 season, Luisa Lopes set the record for most singles wins in a season collecting 19 victories. The team has been awarded with the NAIA Scholar-Team Award on multiple occasions.

Follow Coastal Georgia to see where your UTR stacks up!

Ave Maria University’s women’s tennis team has a proven track record of developing successful student-athletes. In 2013, the doubles pairing of Heather Esker and Mary Kate Lee became the first AMU duo to be named Sun Conference Doubles Team of the Year. Recently, Lara Teodoro made headlines by being the first Ave Maria player ever to be ranked nationally, as well as regionally, in singles. In the classroom, 11 awards were handed out to the players for their academic success by the NAIA.

Follow Ave Maria to see where your UTR stacks up!

The Southeastern University Fire has been a strong contender in Sun Conference and nationwide NAIA play. The ladies have been consistently ranked within the Oracle ITA Team rankings with their highest ranking being No. 19 in the NAIA. Additionally, the school has produced three All-Americans in 2015 and 2019. The Fire also excels in the classroom winning 17 All-Sun Academic Awards since 2013.

Follow Southeastern to see where your UTR stacks up!

Follow St. Thomas to see where your UTR stacks up!

The Savannah College of Art & Design Bees have had a successful past and are building for an even more promising future. In the latest rankings for the shortened Covid-19 season, the Bees were the fifth-best team in the nation. Between 2015 and 2018, Camille Gbaguidi won 97% of her singles matches — winning 61 out of 63 matches in her career. She also won the most doubles matches in SCAD’s history collecting 58 victories and having a winning percentage of over 80%.

Follow SCAD to see where your UTR stacks up!

The Keiser University Seahawks are one of the most renowned NAIA teams in the nation. The Seahawks are three-time Sun Conference champions. Their biggest title was was in 2003 after defeating Auburn-Montgomery in the national championship final with a score of 5-3. Individually, 14 All-American awards have been collected by Seahawks’ players. In 2018, the ITA recognized the outstanding work of Head Coach Daniel Finn. He became the first Keiser tennis coach to be named the National Coach of the Year.

Follow Keiser to see where your UTR stacks up!

Interested in learning more about the teams in the Sun Conference? Check out our NAIA Women Teams page to connect with them on social media and learn more!