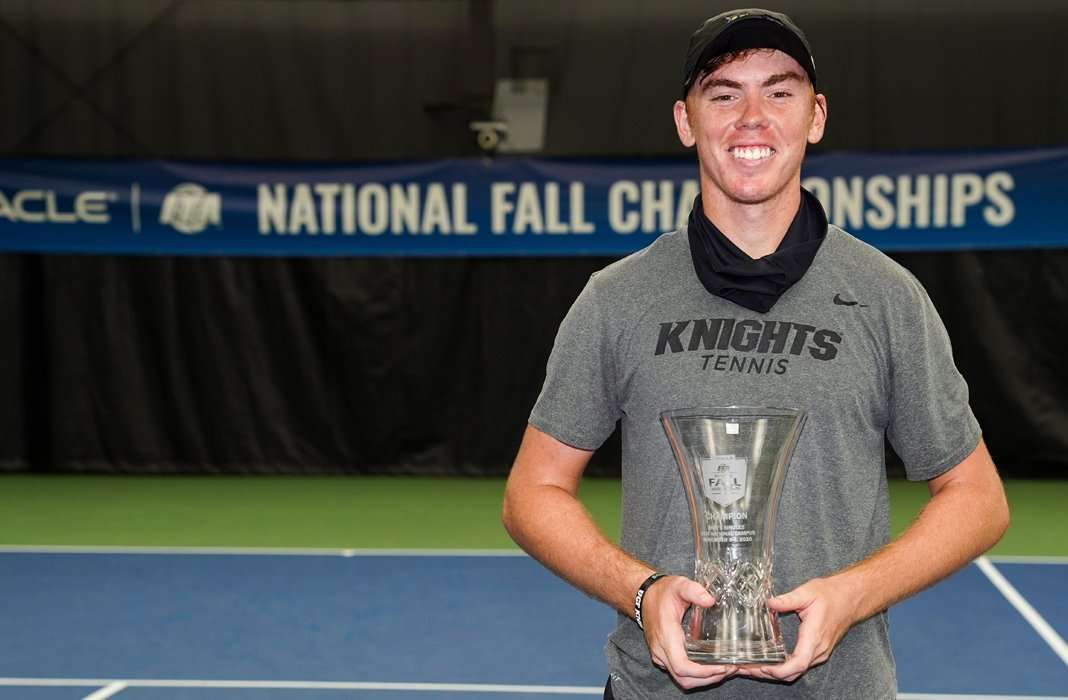 As the field thinned at the 2020 Oracle ITA National Fall Championships, only four players remained. For three of the four finalists, tonight was their first ITA finals appearance. For Alexa Graham, it was a chance to finally claim an individual ITA national title.

After a final decision to move indoors due to inclement weather from Tropical Storm Eta, Alexa Graham, Abbey Forbes, Trey Hilderbrand, and Gabriel Decamps faced off for a trophy and prize money.

In a quick battle, Alexa Graham finally claimed her elusive individual ITA national title. She looked as strong as ever. Graham played her best match of the tournament in a straight-set win over UCLA standout Abbey Forbes. The Tar Heel is a master at building her game up throughout a tournament as we saw during the 2020 Oracle ITA National Team Indoor Championships in February.

Graham ground out the first set to take the lead. Riding her momentum into the second, Graham put up four on the board before Forbes took a game. Sensing the match was slipping away from her, Forbes’ nerves started to show.

In the second set, Forbes had five double faults to Graham’s one. With one game to victory, Graham had match point, but failed to capitalize allowing Forbes to put another on the board. The fifth-year didn’t let victory slip away from her again, though. Graham held serve and then held court as Forbes’ ball went long.

The younger Hilderbrand started strong off the bat, tallying two games before Decamps got one. Hilderbrand managed to stay just ahead of Decamps for the majority of the first set, but could not widen the gap more than one game. As Decamps overtook Hilderbrand at 5-4, his emotion poured out — not the first or last display of emotion from the two athletes. Decamps would go on to finish the set in the next game.

Comeback victories are not new to Hilderbrand. In the semifinals it appeared his path to the finals was all but blocked by Gavin Young, but the fiery player methodically worked his way back to victory. Tonight, the story was similar. Following his commanding 6-1 second set, Hilderbrand put up an identical third set to seal his victory. As Decamps’ final ball went long, Hilderbrand was overcome with exhilaration as he won his – and UCF’s – first ever ITA National Fall Championship.