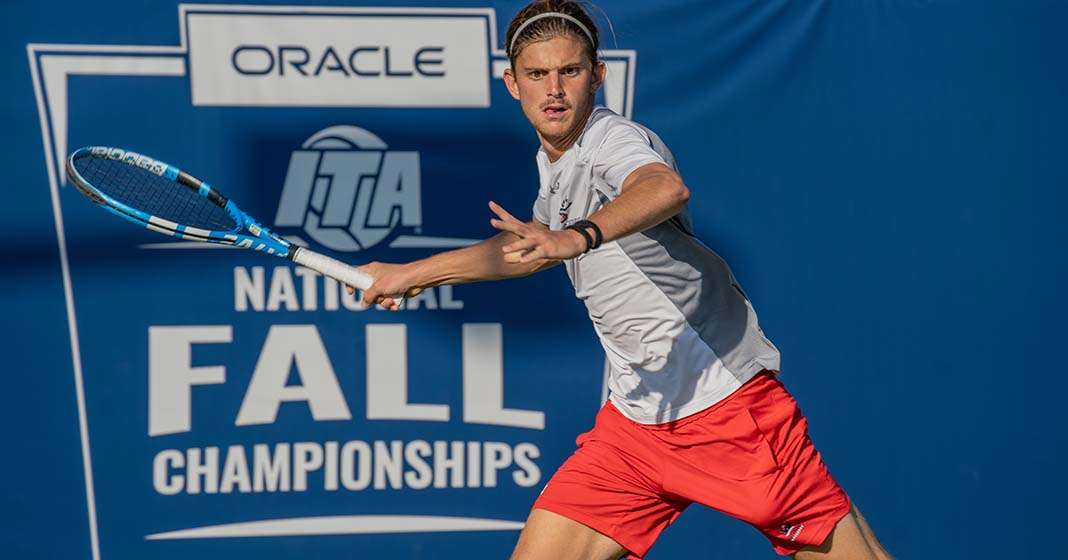 The Pacific Tigers have been a consistent powerhouse on the West Coast and in the WCC. Recently, Akram El Sallay was awarded with the Four Pillars Award for exemplifying the Tigers’ four core identities throughout his collegiate career – Family, Balance, Winning Spirit, and Innovation. Prior to the 2020 season start, Philip Hjorth was named to the All-WCC team showing his immense talent. Academically, the Tigers have been one of the top programs in the conference. Eight players were named to the 2020 All-WCC Academic team.

Follow Pacific to see where your UTR stacks up!

The Saint Mary’s Gaels have showcased their talent during conference play and in the classroom. SMC’s latest honor was received by standout player Damon Kesaris who was named ITA Senior Player of the Year. Kesaris also won the ITA Regional tournament and made it to the finals of the Oracle ITA National Fall Championships, earning him a career-high rank of No. 17 in the country. Academically, SMC was honored with six WCC All-Academic awards at the end of the 2020 season – one of the biggest achievements in program history.

Follow Saint Mary’s to see where your UTR stacks up!

The San Francisco Dons have always been a force to be reckon with. In the early days of the program, USF made a name for itself by winning the 1949 NCAA team championship. In 1948, Harry Likas won the NCAA individual singles title. In 1980, the Dons’ finished second in WCC play, but had a duo winning the doubles championship. Recently, Bernardo Saraiva represented USF well on the court as well as off the court. He collected multiple honors including All-WCC, ITA Senior Player of the Year and ITA Player to Watch. Saraiva was also known for his character which led to him receiving the ITA Sportsmanship award.

Follow San Francisco to see where your UTR stacks up!

The Portland Pilots have been a fierce competitor within the WCC over the years. Head Coach Aaron Gross, has led the Pilots for the past 22 years and has built a high-caliber program during his time. In 2017, the team won its first ever WCC conference title, while Gross earned WCC Coach of the Year honors. Michail Pervolarakis won the WCC Player of the Year in 2017 and 2018 and represented Portland in the 2018 NCAA individual tournament. The team went 18-3 during the 2018 season and reached their highest program ranking at No. 41.

Follow Portland to see where your UTR stacks up!

The Gonzaga Bulldogs men’s tennis program has a proud history that has constantly improved since the school was founded in 1887. During the shortened Covid-19 season, the Bulldogs had their highest winning-percentage in a single season – earning 70.4%, while also recording their best ever national ranking. Individually, Sam Feit recorded the most combined victories in singles and doubles in Gonzaga history (136). In the classroom, the team was awarded seven ITA All-Academic honors.

Follow Gonzaga to see where your UTR stacks up!

Going through the Santa Clara Bronco’s record books, readers will find some impressive achievements throughout the years. Since 1998, the team has collected 67 All-WCC honors in singles and doubles. Tom Pham is the most victorious player in Bronco history – winning 152 matches throughout his four-year career. On March 6th, 2012, Santa Clara reached its program’s best ranking in history coming in at No. 29 in the Oracle ITA team rankings. In 2017, Connor Garnett won the WCC Sportsmanship Award in 2017.

Follow Santa Clara to see where your UTR stacks up!

The BYU Cougars have produced some of the finest tennis players on the West Coast. BYU’s All-Time winningest player is Boris  Bosnjakovic with 147 combined singles and doubles victories. The Cougars recorded their best ever ITA Team ranking during the 1968 season when the program finished seventh in the nation. Prior to joining the WCC in 2010, the Cougars played in the WAC and MWC. Between the two conferences, they collected 13 first-place finishes. BYU recently hired legendary coach Dave Porter to lead the program.

Follow BYU to see where your UTR stacks up!

The Loyola Marymount Lions have made some remarkable strides under current Head Coach Tom Lloyd. In 2018, the team was ranked 36th in the country, their highest national ranking ever. The Lions ended up reaching the WCC championship match which led to Lloyd being named the ITA Southwest Coach of the Year. The 2018 season record of 19-6 came close to tying the program’s most winningest season which was in 2002 with 20 victories. Additionally, Charles Boyce was awarded the ITA Most Improved Senior honor in 2018.

Follow Loyola Marymount to see where your UTR stacks up!

The Pepperdine Waves have built one of the most exciting programs in the country over the years. After being established in the 1940s, the program won one NAIA title (1952) and one NCAA championship (2006). The 2006 championship was special because the Waves had lost two championship matches previously and the win came over unbeaten Georgia. Another milestone from WCC play are their 43 conference titles as well as their 20 consecutive championships between 1991 and 2010. The most prominent Wave to ever play the game was ITA All-American Brad Gilbert. He reached a career-high ATP ranking of No. 4, won 20 professional tournaments, and claimed the bronze medal at the 1988 Olympics.

Follow Pepperdine to see where your UTR stacks up!

The San Diego Toreros have a remarkable men’s tennis history. The Toreros have won the WCC nine times since 1980 while qualifying for the NCAA tournament 16 times. Their best-ever national team ranking was achieved in 1990 when the Toreros were ranked 12th in the country. Individually, San Diego has been represented 24 times by their players during NCAA singles and doubles play. In 2005, Pierrick Ysern made it all the way to the championship match in singles – the best Torero finish so far. The team’s highest singles ranking was reached by Jose Luis Noriega in 1992, the third-ranked player in the nation.

Follow San Diego to see where your UTR stacks up!

Interested in learning more about the teams in the WCC? Check out our Division I Men Teams page to connect with them on social media and learn more!