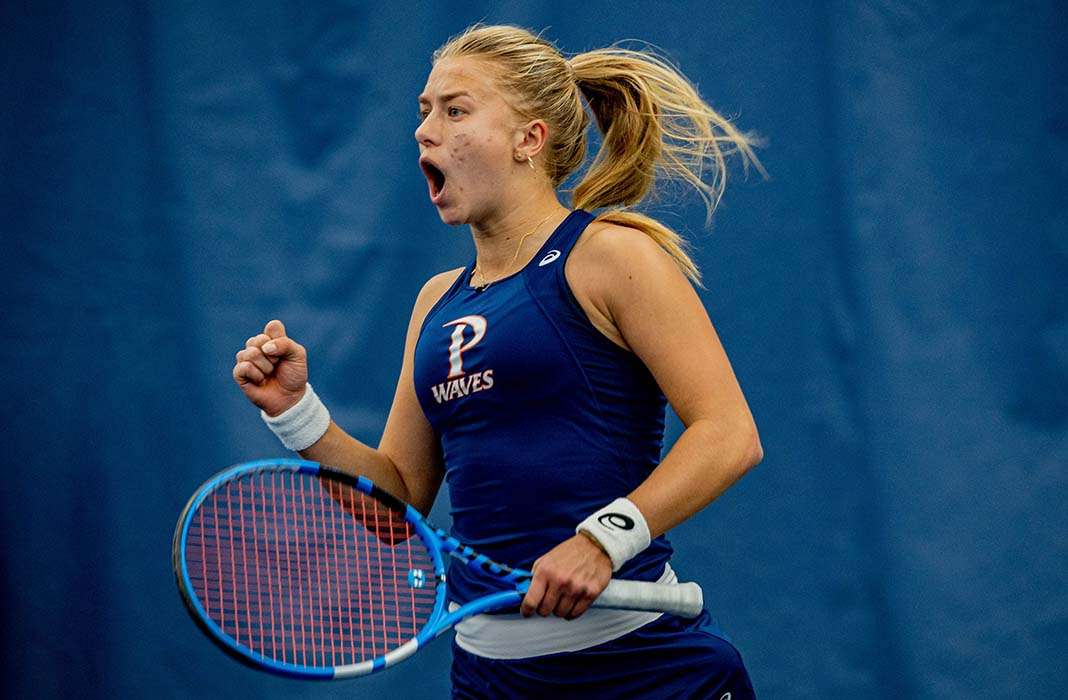 Since the arrival of Head Coach Susie Campbell in 1993, the Portland Pilots have created a winning tradition on the West Coast. Campbell is the winningest coach in school history and won the WCC Coach of the Year award twice. In 2015, the purple had a breakout season — reaching the WCC Championship, achieving their highest national ranking in history, as well as beating in-state rival Oregon for the first time ever. Academically, Campbell has guided 18 Pilots to WCC All-Academic awards as well as one WCC Scholar-Athlete of the Year.

Follow Portland to see where your UTR stacks up!

The Santa Clara Broncos have had quite the success in the past within their women’s tennis program. One of their most successful players is Katie Le. She was the first Bronco to become WCC Player of the Year, play at the NCAA singles championships three times, as well as being named All-District Academic All-American once. She was ranked as high as No. 20 in the ITA singles rankings, and leads the program’s win column with 104 victories. The team’s highest ever national ranking was collected in February 2020 after the Broncos checked in at No. 51 in the country.

Follow Santa Clara to see where your UTR stacks up!

The Pacific Tigers are a competitive program within the West Coast Conference — not only on the court, but also in the classroom and the community. Recently, five Tigers were awarded WCC All-Academic honors for excelling in their studies. Athletically, the Tigers had a nationally ranked recruiting class in 2020. Pacific is looking forward to reaching their potential this upcoming spring season with the highly anticipated talent on the squad. Anna Ramos Vinolas just received the Four Pillars Award which is given to athletes who exhibit Pacific’s core identities: Family, Balance, Winning Spirit, and Innovation.

Follow Pacific to see where your UTR stacks up!

The San Francisco Dons have built a strong program within Division I tennis. Between 2008 and 2010, Jennifer Heinser led the Dons to new heights, winning three consecutive WCC Player of the Year awards. She went 57-7 in those three season, reaching the NCAA singles championships and being ranked nationally. As a team, the Dons have had great success as well. Their best WCC finish came in 2015, ranking as the No. 3 team in the conference. From 1995 to 2018, 23 players received WCC honors for their outstanding on-court work.

Follow San Francisco to see where your UTR stacks up!

The Saint Mary College Gaels have a strong standing in the West Coast Conference due to their athletic and academic success. Recently, Mariia Kozyreva was the second Gael ever to be named an ITA All-American after reaching an ITA singles ranking of 21 in the nation. Their first ever ITA All-American was Jenny Jullien back in 2014. In the classroom, the SMC women’s tennis team showed their excellence by having the highest team GPA in the SMC athletic department, as well as being selected as an All-Academic team by the ITA.

Follow SMC to see where your UTR stacks up!

The BYU Cougars are known for their excellent athletic department and their electric atmosphere during game days. Women’s tennis is no exception to that. The program collected 33 All-American awards (athletic and academic). The best individual ranking for the Cougars was collected by Holly Parkinson in 1998 who ranked as high as No. 14 in the country. In 1980, the program was selected as the 4th best team in the nation — the best ranking in BYU’s history.

Follow BYU to see where your UTR stacks up!

The Gonzaga Bulldogs understand what it takes to be a successful collegiate tennis team, on the court, and in their community. For their brilliant effort in Spokane’s community, the ladies received the Community Service award from the ITA. Since being established in 1988, the Bulldogs have had many impressive seasons, with their best coming in 2017 when the program went 17-4 overall. Sophie Whittle represented Gonzaga’s colors in the brightest lights — she was named an ITA All-American, WCC Player of the Year, and received the Arthur Ashe Leadership & Sportsmanship Award and Most Improved Senior Player Award.

Follow Gonzaga to see where your UTR stacks up!

The LMU Lions have only had two coaches in their program history so far with both being quite successful. Under the current lead of Augustin Moreno, LMU produced their first ever ITA All-American in Veronica Miroshnichenko in 2018. She accomplished this feat as a freshmen along with reaching the Sweet Sixteen in the NCAA singles and doubles tournament. The Lions also earned a spot in the WCC championship match for the first time since 2006. Moreno himself was an excellent player, being part of Mexico’s Davis Cup Team, a doubles semifinalist at the French Open, and career high collegiate ranking of No. 4 in the nation.

Follow Loyola Marymount to see where your UTR stacks up!

The USD Toreros have built a rich tennis tradition on their campus and the community. Sherri Stephens, who has been the head coach for 36 years, has led the program to over 400 wins, 12 NCAA tournaments, and a WCC championship (2012). With Stephens’ guidance, six Toreros have been awarded a total of 13 All-American awards for their outstanding play. One of the program’s historic moments was achieved in 1999 when standout player Zuzana Lesenerova lifted the NCAA singles championship crown for the first time in USD history.

Follow San Diego to see where your UTR stacks up!

The Pepperdine Waves are one of the most accomplished teams in the country. The program has won the WCC championship an impressive 22 times while reaching the NCAA Elite Eight on five occasions. Individually, Pepperdine has been represented 55 times at the year-end NCAA singles tournament, with Ashley Lahey reaching the finals in 2018. Lahey was recently named the ITA National Player of the Year and the top-ranked player in the country. Pepperdine also has a proud history of former Waves turning professional, with recent examples of Luisa Stefani and Mayar Sherif.

Follow Pepperdine to see where your UTR stacks up!

Interested in learning more about the teams in the WCC? Check out our Division I Women Teams page to connect with them on social media and learn more!