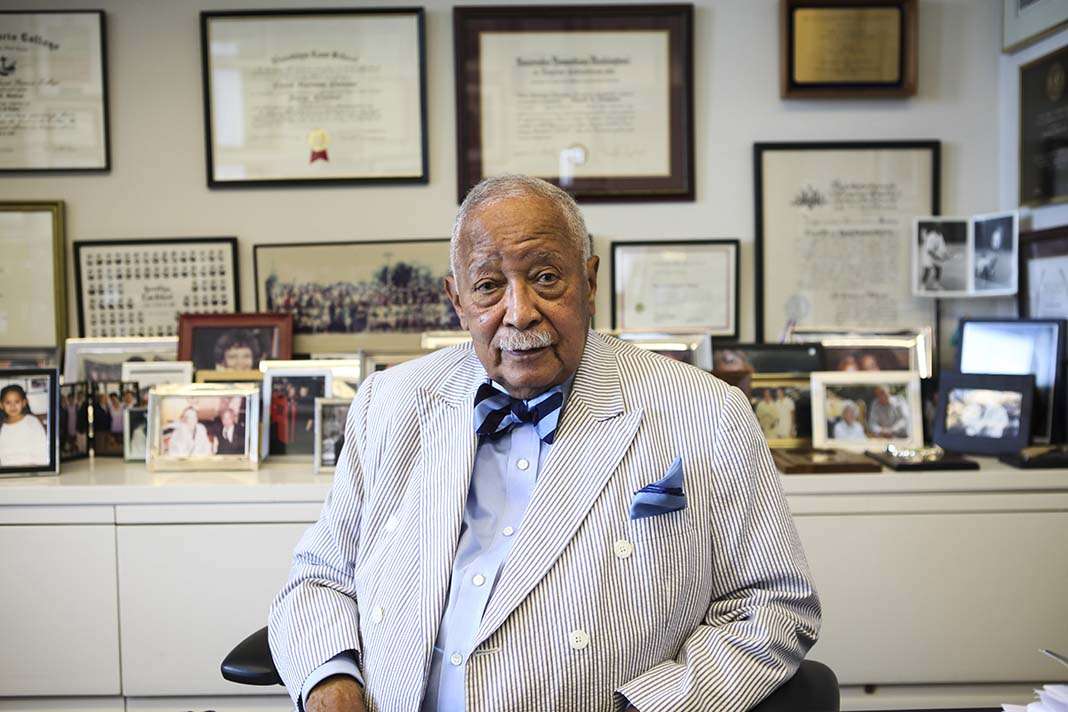 David Dinkins had an unwavering commitment to New York City, race relations, and the betterment of New Yorkers’ lives. He also was committed to supporting and promoting tennis in all forms.

Dinkins is legendary for his 1993 agreement with the USTA to bring the US Open to New York City for 99 years — an act that has brought in more economic benefit for the City of New York each year than the Yankees, Mets, Knicks, and Rangers combined.

More importantly, the US Open is a signature event for New York – one that Dinkins enjoyed every year – and festivities are built around it. One such event is Arthur Ashe Kids Day – a tribute to Dinkins’ good friend and tennis legend.

Arthur Ashe Kids Day exposes thousands of New York children to the sport and benefits the USTA Foundation and NJTLs.

“David Dinkins was an inspiration to me and countless others,” ITA CEO Dr. Timothy Russell said. “Whenever I saw him in New York City,” Russell recalled, “he would greet me with a warm smile and an uplifting ‘Hey, buddy.’ I would respond, ‘Thank you, Mr. Mayor, for all that you have done and do for so many.’ I feel that way today. While sad, the memory of Mayor David Dinkins lives on – a life and legacy of love and service — including of and to the sport of tennis.”

Each year ten student-athletes were awarded the ITA Arthur Ashe Jr. Leadership & Sportsmanship Award for their outstanding tennis play and, more importantly, their leadership work to improve their communities.

Much like his friend Arthur Ashe, David Dinkins believed in the power of tennis to change lives and communities. The effects of his lifelong commitment to the sport of tennis will be felt for years to come.

Mayor Dinkins was a steadfast and wonderful friend of the ITA and college tennis.  He participated in the ITA/Arthur Ashe Leadership and Sportsmanship Outing and Awards Ceremony from its inception in 1983, taking great pleasure in getting to know and hit some tennis balls with the collegiate honorees. When Arthur Ashe passed away a decade later the Mayor volunteered to carry the baton for his great friend in personally congratulating and presenting, with his inimitable charm and flair, the winners with their Award at the annual Ceremony.

David Dinkins shared the vision of Arthur Ashe and the ITA of the importance to every American child of obtaining a college education, with tennis helping achieve that goal. He deeply believed that tennis instills confidence, character, sportsmanship and teamwork — important skills on a court, in a classroom, and throughout life.

When In 2012 the USTA, under the leadership of Jon Vegosen, at that time the Chairman of the Board (and currently the ITA Chairman of the Board), invited me to form a Presidential Task Force on Tennis and Higher Education, I was delighted that Mayor Dinkins agreed to serve as Honorary Chair, and his participation was invaluable, as was that of Dr. Tim Russell, now the CEO of the ITA.

It was a great privilege to have known David Dinkins as a colleague and special friend over close to half a century — he will be sorely missed.