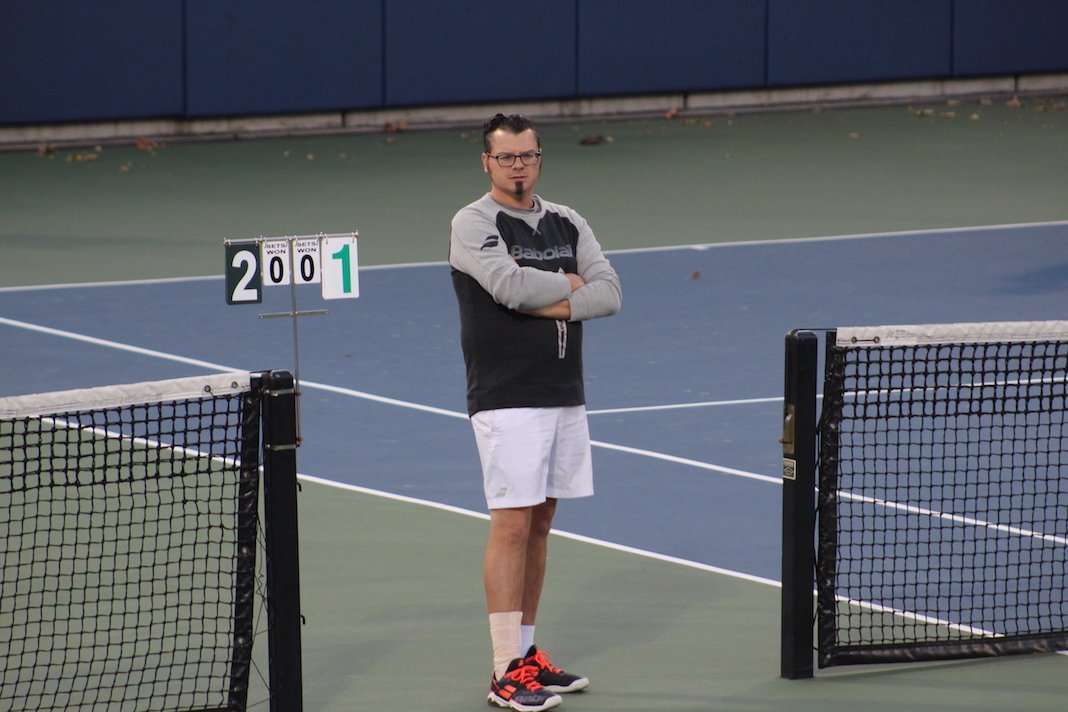 Nick Margiasso’s tennis career has taken him all over all over the world, but it was the chance to start a program at New Jersey City University that brought him home.

“It might sound a little cliché, but becoming the new coach at NJCU is really a dream job for me and my family,” Margiasso shared in a press release when he was hired. “I’ve worked and lived all over the world, but my roots are all in the greater New York-New Jersey area, so coming back to focus on building a college tennis program at home at a university on the rise is really coming full circle.”

Margiasso was hired by NJCU in April 2020 which is late in the process for any coach starting their recruiting — let alone starting a new program during a pandemic.

“Our school is made up of mostly kids that are from Jersey City or 15 minutes away,” Coach Margiasso said. “The problem was by the time I was hired most of those kids were already [committed] so I had to look more internationally and at transfers.”

Margiasso leaned on his vast experience in the tennis industry to help him build the program.  Before coming to the Gothic Knights, he spent time as the head coach at University of the Sciences in Philadelphia, an assistant at Savannah College of Art & Design, and owned and operated his own tennis and media company that handled coaching stints and media services for pro and junior players.

“[After being hired] I contacted everyone in the industry that I knew, explained the situation and said send me everyone you got,” Margiasso recalled.

While Margiasso was able to get some leads and some help from his fellow coaches, he admits a lot of his acquaintances and colleagues thought he was a bit crazy.

“Honestly I think most people laughed at me,” Margiasso laughed. “They kind of just looked at me and said ‘God bless your heart.’”

Their reactions did not phase Margiasso as he has always done things a little differently.

While it was a lot of extra work for Coach Margiasso to start a program from scratch, there were also some definite advantages as well.

“When you take over [an existing] program you have to see what players are on board, who isn’t on board and that affects a team more than people give credence to,” Margiasso said. “Starting a new program was even more work than I expected, but it was worth it because I got to build the program brick by brick the way I wanted.”

Margiasso recruited an impressive seven men and four women for his team in four months. The women’s team typically competes in the fall, but due to the pandemic their season got moved to the spring –which gave Coach Margiasso more time to recruit the six players needed to field a women’s team.

“We haven’t even had time for tryouts, so I am sure we will be able to pick up a few more players,” Margiasso said.

Margiasso believes that having an administration that is behind him has been key to his ability to hit the ground running with the Gothic Knights.

“If your administration is behind you and they see the vision and they are excited about it too, the sky really is the limit of how hard you want to work,” Margiasso said. “It has been a lovefest, it is just the perfect marriage.”

While it has been a lot of work for Margiasso to start the program, he believes it is totally worth it.

“This is the most work I have ever had to do but it was totally worth it to be able to build the program the way I wanted,” Margiasso reflected. “I have done a lot of different things, but if you can [coach college tennis] for a living you are pretty lucky because it is an invigorating and fun way to spend your spring and your fall.” 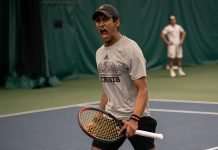 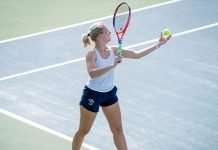