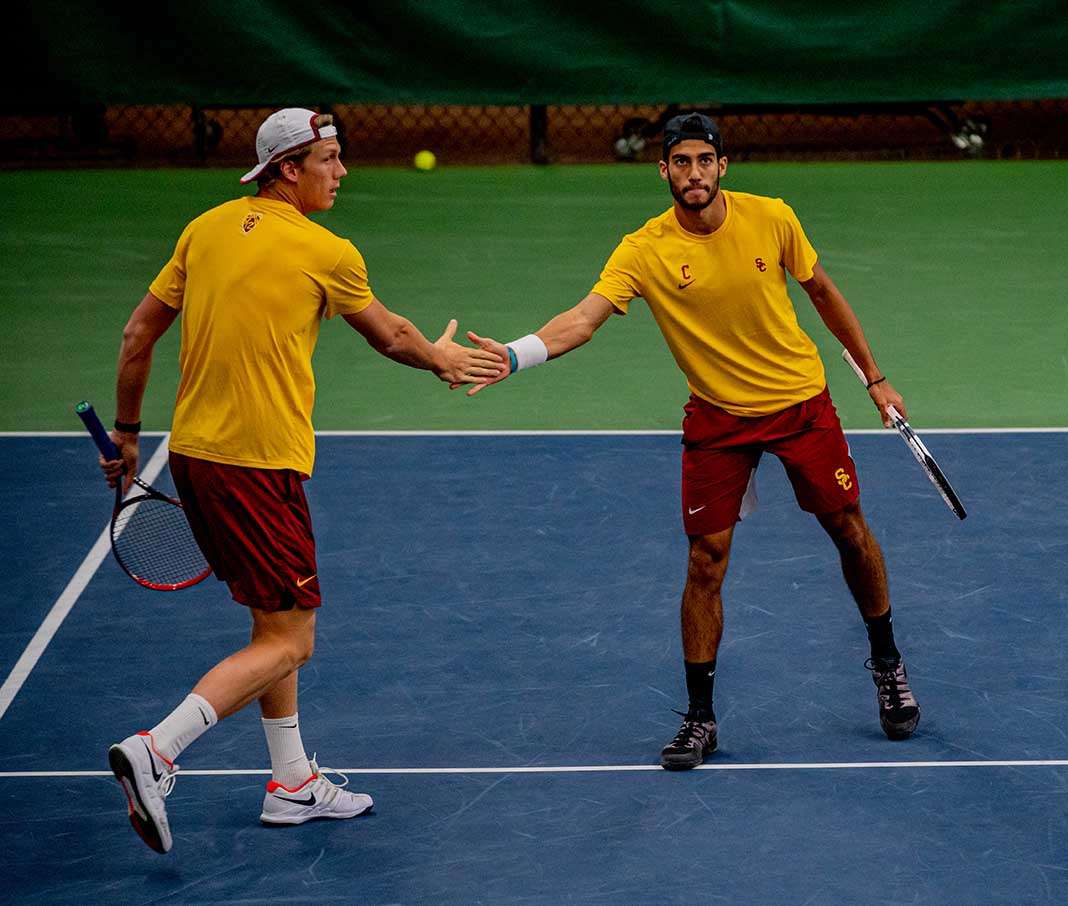 Share
Facebook
Twitter
WhatsApp
Linkedin
Email
The USC Trojans topped the Oracle ITA DI Men Preseason Team, Singles, and Doubles Rankings. The one common factor? Daniel Cukierman.
Cukierman and partner Riley Smith start out the 2021 season as the No. 1 doubles team in the nation. The top five is filled out by Michigan’s Fenty/Siimar, Oklahoma State’s Vocel/Kellovsky, Ohio State’s Cash/McNally, and North Carolina’s Kiger/Soendergaard.
Just outside of the top five sits UNC’s duo of Blumberg and Cernoch and Ole Miss’s Sandkaulen and Reynolds. Both tandems were ranked outside the top 10 in the last published rankings of the 2020 dual match season.
TCU and Ohio State tie for the most pairs on the preseason ranking list — both place three tandems a piece. In addition to No. 4 Cash/McNally, the Buckeyes have Trotter/Boulais and Seelig/Kingsley. The Horned Frogs place Gray/Fearnley at No. 15 with Jong/Paroulek and Kruger/Fomba following.
The Oracle ITA Division I Men’s Preseason Singles Rankings and Oracle ITA Division I Men’s Newcomers were also released Wednesday.