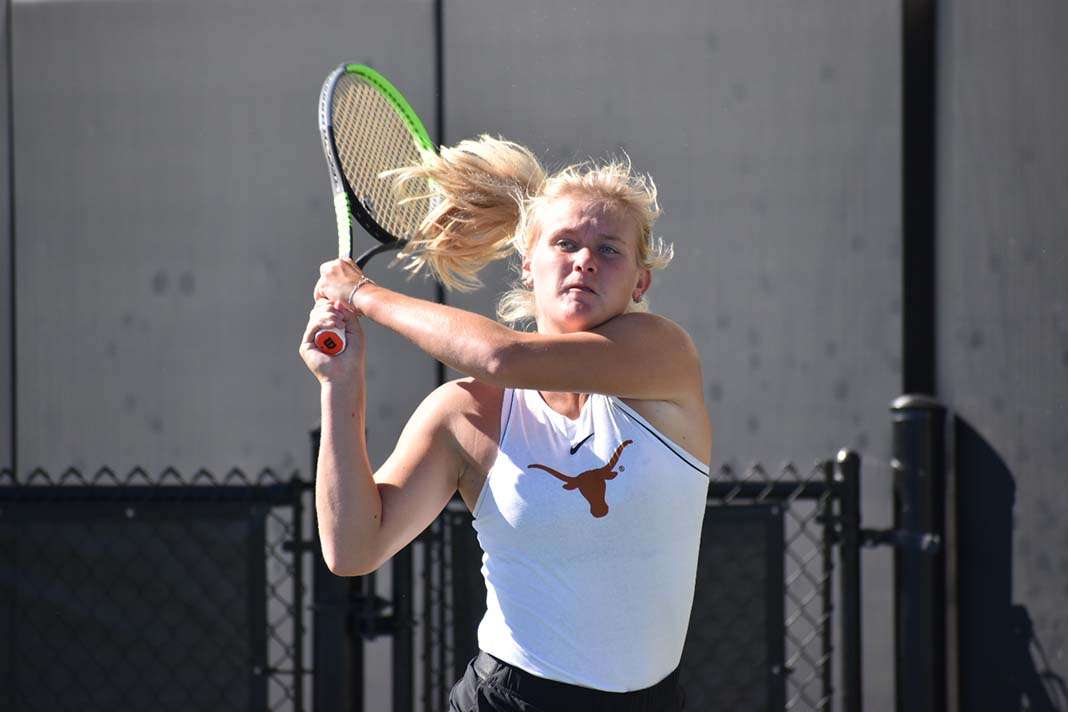 Share
Facebook
Twitter
WhatsApp
Linkedin
Email
The Texas Longhorns enter the 2021 season full of talent. UT added the No. 1 and 3 newcomers to their skilled roster. At No. 1, Peyton Stearns committed to the Horns as the player with the second-highest UTR in the nation. Stearns spent her fall splitting her time between playing ITF tournaments and fall invites for the Longhorns. She went 4-3 playing collegiate opponents that hailed from LSU, Texas A&M, and TCU among others. Stearns is joined on the Newcomer list by teammate Lulu Sun.
West Coast powerhouse Pepperdine’s incoming freshman Taisya Pachkaleva secured the No. 2 spot on the list. Pachkaleva comes to Malibu from Russia where she posted a 14-4 singles record in ITF, WTA, and Fed Cup play.
The University of Texas is the only school who placed two student-athletes on the Newcomers list. The University of Iowa is the only program ranked outside of the Preseason Top 25 who placed a student-athlete on the list. The Hawkeyes secured the blue-chip recruit Alexa Noel who competed alongside Coco Gauff to win the doubles title at the U.S. Junior Fed Cup. Noel also reached the finals of the 2019 Wimbledon Juniors.
The Oracle ITA Division I Women’s Preseason Singles Rankings and Oracle ITA Division I Women’s Doubles were also released Wednesday.