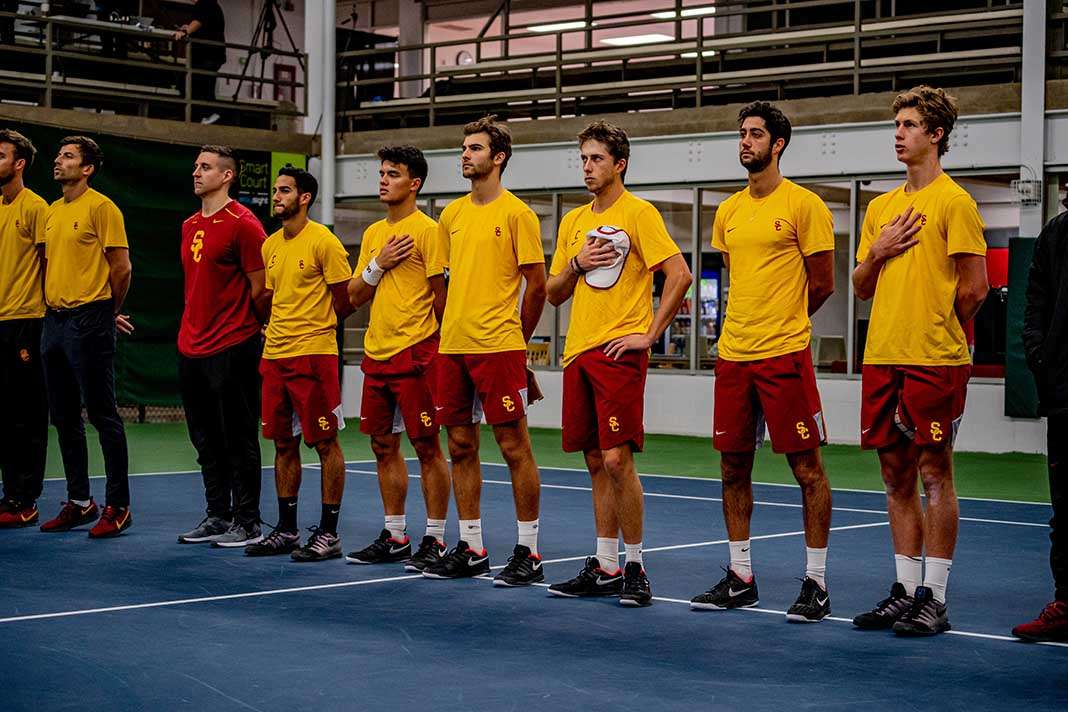 Share
Facebook
Twitter
WhatsApp
Linkedin
Email
The USC Trojans will start out the 2021 season where they ended the 2020 season — at No. 1. Coach Brett Masi only lost two seniors from his 2020 Division I Men National Team Indoor Champions team. Standout Daniel Cukierman returns for his senior year and his doubles partner, Riley Smith, looks to capitalize on his fifth year of eligibility.
The Preseason Rankings see Ohio State and Stanford move up several spots from their last rankings in the 2020 season. North Carolina and Michigan join the Buckeyes, the Cardinal, and the Trojans to round out the top five teams.
The top four teams will serve as host sites for the 2021 Kickoff Weekend. In total, 21 of the top 25 preseason teams will compete in Kickoff Weekend in order to earn a bid to the 2021 National Team Indoor Championship in Champaign, Ill.
The Oracle ITA Division I Men’s Preseason Singles Rankings, Oracle ITA Division I Men’s Preseason Doubles Rankings, and Oracle ITA Division I Men’s Newcomers were released Wednesday.