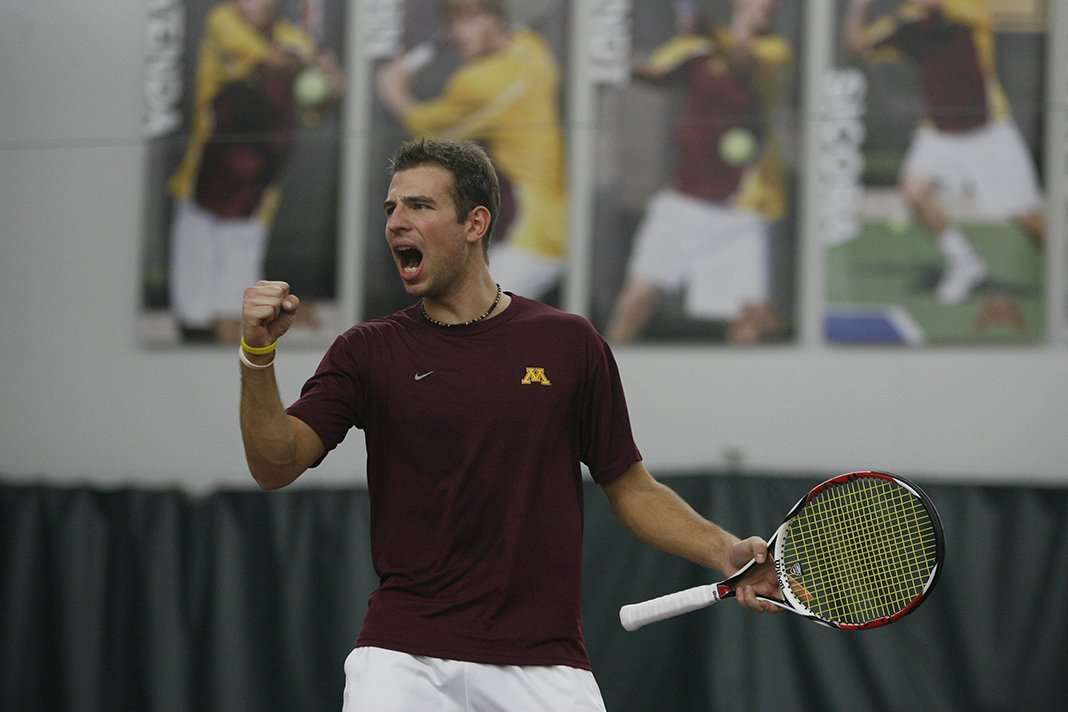 I began playing tennis at the age of four. Growing up in Croatia, a war-torn country in the 90s, I dreamed about playing professionally; I saw it as a vessel to a better life with more opportunity, and the only real chance to escape the hopeless environment that surrounded me.

However, coming to the United States to play college tennis was nowhere on my radar until I was around 17 and received an email from Geoff Young and Urban Ljubic, my future tennis coaches and mentors, offering me an opportunity to come to the University of Minnesota on a D1 tennis scholarship.

The decision was not easy. It meant leaving my entire life behind to go somewhere I had only read about on the Internet. Despite being terrified of taking classes in English (a language I did not speak or fully understand), I chose to embrace this unbelievable opportunity.

Beginning this “new” life was not a “walk in the park,” but as I acclimated, I realized that coming to the U.S. had been the right decision for me. Over the next 4.5 years, I had the time of my life – the university’s and team’s support and resources allowed me to grow, both personally and professionally, well beyond what would have been possible if I had stayed in Croatia. I even met my future wife, Alexa, at one of our team’s annual events.

Because of the opportunity I was awarded by my tennis coaches back in 2007, today I live the life I didn’t even know how to dream about before coming to the U.S. – the life lessons I learned on the court, as well as the friendships I established on and off the court, allowed me to successfully start my professional career on Wall Street, to get my MBA from Harvard Business School, and now to work directly with the executive team of one of the largest health care companies in the world.

My love for the team also played a huge part in my family’s decision to leave the East Coast and return to Minnesota to get back to my “American home” and start a family – Alexa and I settled down in a suburb of Minneapolis, have two boys under 2 years old, and to this day, some of our closest friends are my former teammates, coaches, and their significant others.

All in all, I genuinely believe that everything that is good in my life can be tracked, directly or indirectly, back to my days as a tennis player for the Gophers, so it truly breaks my heart that the University’s Athletic Department decided to cut the program in late 2020 and rob the future generations of players from many incredible opportunities I was fortunate enough to have – I sincerely hope it’s not too late to overturn this terrible decision.

Thank you and go Gophs!